A Weekend in Extremadura: Mountains & Morcilla

Our first weekend away from Madrid happened unintentionally. I mean, we’ve only lived there for little over a week and the last thing I wanted was to leave my new apartment, potential job leads, and possible new friends so quickly… but after my NIE drama I knew that my only hope was to try to sort everything out in Cadiz. We were planning to take the bus down on Sunday morning, which would have left us almost the whole week (Wednesday is a holiday) to sort things out.

Instead, we spent our Sunday in Extremadura, nestled in the Gredos Mountains, among beautiful mountain creeks called La Garganta de Alardos in the small town of Madrigal de la Vera. We enjoyed a light hike along the river and wished we had worn our swimsuits to be able to take a dip in the crystal clear water. It may be October but there were still plenty of people enjoying the natural pools, and at 80 degrees it felt like summer to me!

Why were we in the middle of the mountains in a town of 1,800 people? Well, it was all part of a plan to not have to take the bus to El Puerto. Ale’s brother had been in Madrid for a conference and took us back to his house in Navalmoral de la Mata on Friday night. Ale’s parents were already there since they’d been spending the week with their grandkids. We would spend the weekend together and then go back to El Puerto with Ale’s parents on Monday.

It was a lovely weekend (still really hot Agua de Sandia weather) but really beautiful. Honestly, we probably would never have gone to Navalmoral (population 17,000) if it hadn’t had been for the family connection. But the town isn’t that bad!  We enjoyed the basics– taking a walk with the family, stopping for ice cream, and had a delicious meal at a Portuguese restaurant, Casa do Bacalhau.

The best thing about Navalmoral is that it is strategically located between many tourist attractions. Close by is Monfrague National Park, Cáceres, Mérida, Trujillo, the Gredos Mountains, and many small villages with great local restaurants and pork products (oh, Spain!). We didn’t have time to do much sightseeing, but if we ever go back for a visit we’ll be sure to see much more.

What we did see was gorgeous. Located about 45 minutes from Navalmoral de la Mata, Madrigal de la Vera is a small town with natural springs where people can cool off and relax. The springs are known as La Garganta de Alardos and the water is so fresh that you can supposedly drink it. The town is also known for its historic bridge, El Puente Romano. Located a little over two hours from Madrid, I’d definitely recommend a weekend road trip to the area. 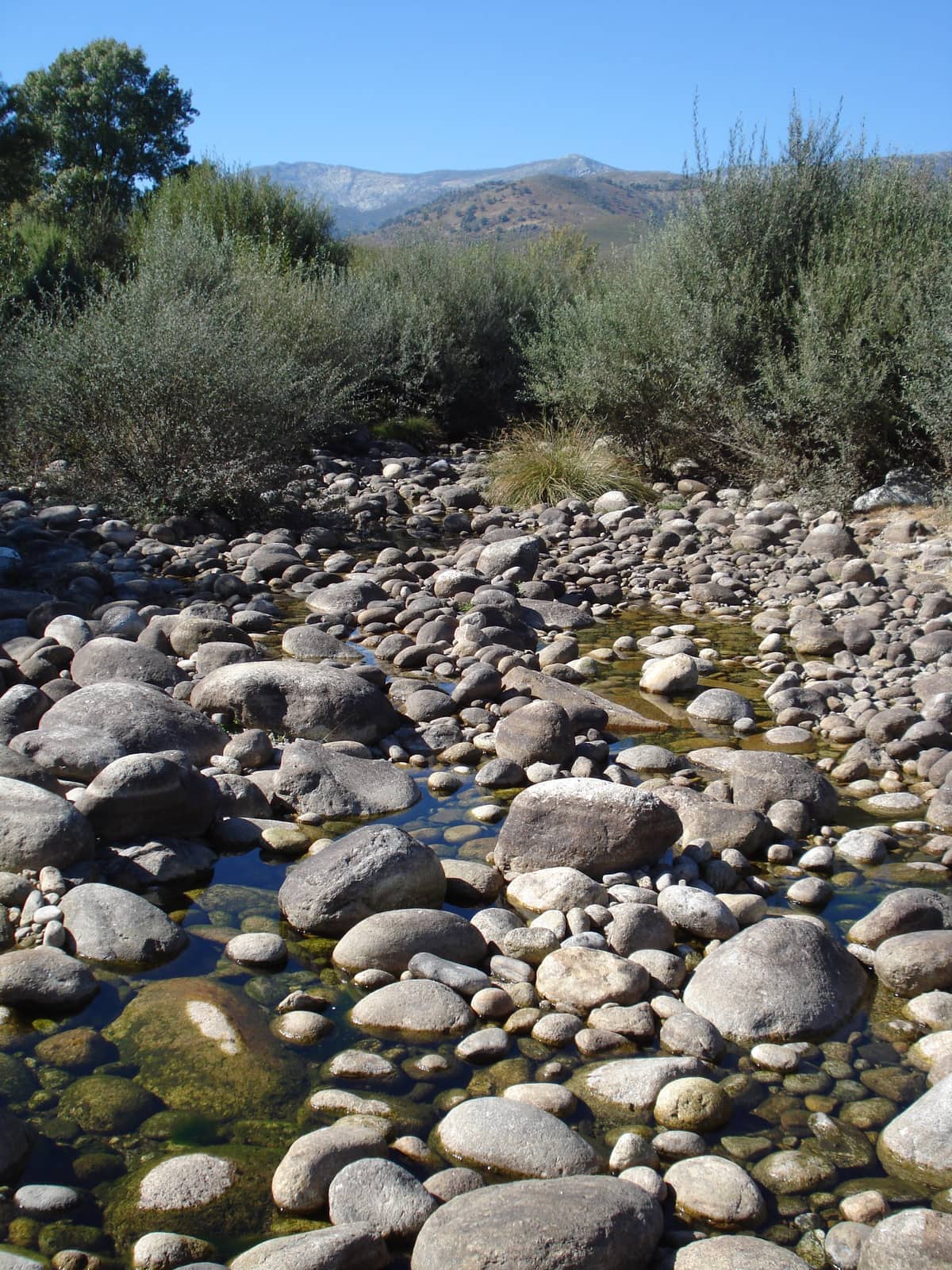 Another great thing about Extremadura was the food. I discovered a new obsession, Morcilla de Patata. It is not at all like the Morcilla I’m familiar with from the south, which we would call blood sausage in English. Instead, it is like a creamy mix of mashed potato and chorizo with a lot of spicy paprika (also one of the most famous products from the region). I made sure to pick up a few links before heading back to El Puerto, definitely embarrassing myself a bit in front of Ale’s family, who now think of me as the charcuterie obsessed weird American. Oh well, there are worse things to be known for…

Update: In addition to taking home some Morcilla de Patata, we also opted for the other local specialty Morcilla de Calabaza. It is life changing. Try it if you have a chance!

What have been some strange Spanish foods that have blown you away? Has anyone else ever tried Morcilla de Patata or de Calabaza?