Carnival 2012 in Madrid & The Burial of the Sardine

For Spaniards the word carnaval brings to mind much more than Mardi Gras beads and sexy samba dancers. Spain is home to lavish carnival celebrations of its own, such as the all night parties of carnival hotspots like Cadiz and Tenerife. Surprisingly, and despite living in El Puerto de Santa María, I’ve never been to Cadiz’s famous carnival. It seems a bit too crazy and crowded for my taste. My husband calls the Saturday night festivities “a river of piss and bodily excrements” and warns me that around 3:00 am most people are freezing, drunk, and have nowhere to go. I’m fairly certain I’d be miserable! Nonetheless, I’d love to go one year during the day to experience the fun atmosphere, crazy costumes, and funny carnival songs. I’m also dying to check out Tenerife’s famous carnival with its lively music, gorgeous costumes, and warm weather!

But here I am in Madrid. A month ago I wasn’t sure if Madrid even celebrated carnival, until one of my adult students told me about the city’s various festivities. The coolest tradition in the capital? El Entierro de la Sardina (The Burial of the Sardine). This wacky tradition gives other strange Spanish events a run for their money and shouldn’t be missed!

Yet the burial is the last day of carnival, Ash Wednesday, so you may be asking yourself what Madrid does to celebrate before. I can’t speak for years prior, but in 2012 parades and music seem to be the main attractions. Starting tomorrow, February 17th, the celebrations begin with the opening parade in Plaza de la Villa. This year’s carnival inspiration is classical mythology and a mysterious faun has been named the week’s central figure.

I think the most interesting opening event at the Madrid carnival is a performance by a Deabru Beltzak, a famous street theater group from the Basque Country. They’ll be performing their show Wolves, a story of a vengeful pianist who uses his music to coerce a pack of mystical wolves to attack his village. Yes, it sounds scary and bizarre, and if the video below is any example I wouldn’t advise bringing small children.

In addition to Friday’s parades there is also the option of enjoying live music with REC Madrid. La Noche en Vivo will take place in many different bars and clubs across the city. This event is one of electronic music’s most well known audiovisual and interactive art festivals.

On Saturday the fun continues with a huge parade and more performances. There is also a costume contest and workshops for children. 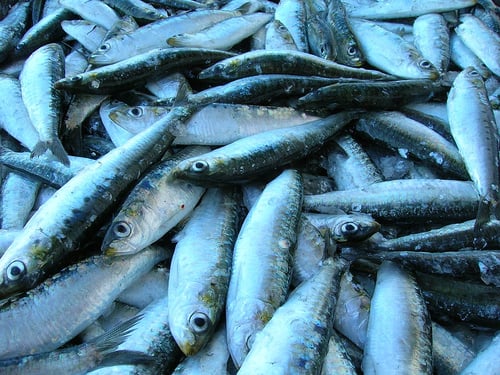 But let’s talk about the last and most important event of all: The Burial of the Sardine. Every year, in various Spanish towns and cities, the people celebrate Ash Wednesday (the day before lent begins) by holding a mock funeral and burying a sardine in his coffin as a way of saying goodbye to the festivities. In Madrid the very official “Happy Brotherhood of the Burial of the Sardine” does the honors. Members of the brotherhood and other people dress in black robes and funeral clothes and march behind the coffin on its way to the burial site. Here are some theories for this strange event:

Regardless of how this tradition began, it is quite a unique event. This year the sardine’s coffin will be buried on Wednesday, February 22 at el Fuente de los Pajaritos in Casa del Campo. You can join in the procession (don’t forget to wear black!) at its starting point at San Antonio de la Florida.

Has anyone been to El Entierro before? Or do you have another preferred carnival destination?