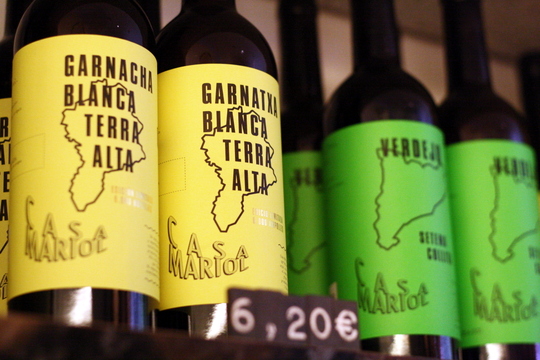 One of my favorite food experiences of our recent Barcelona trip was visiting a little hole-in-the-wall eatery called Casa Mariol. Located a 10-minute walk from the Sagrada Familia, it was perfect for combining a bit of sightseeing with a delicious lunch. Alejandro had never been to the Sagrada Familia, and it had been seven years since I’d last visited. We purchased tickets online a couple of weeks prior to the trip (which saved us from standing in a very long line– although our short line still took about 15-20 minutes). The entrance fee is quite high, but then again the Sagrada Familia is very unique. Worth it? Not sure, depends on your taste. 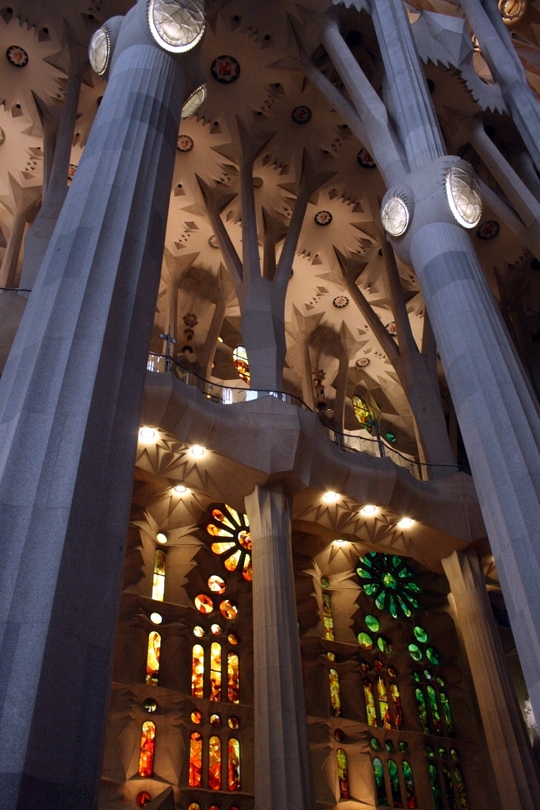 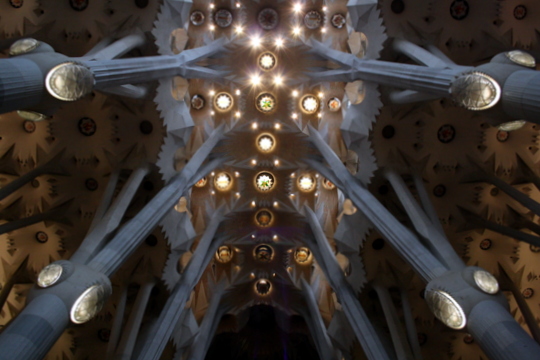 After our hour long visit it was time to fer el vermut, a Catalan expression that basically means to go out for an aperitif (which is often vermouth from the tap). I’d found Casa Mariol in an ebook about eating in Barcelona called Eat Guides and it sounded like one os Barcelona’s best vermouth bars. I trusted Regina and Adri (the authors) to lead us somewhere worthwhile, and they definitely did!

After a ten minute walk in the rain, we took refuge in the small, but comfortable, Casa Mariol. Part restaurant and part wine bar, Casa Mariol even sells vino a granel (wine from the barrel) to thirsty customers who bring their own refillable wine bottles. I wish I lived close by!

I’d already tried the Casa Mariol brand vermouth and absolutely love it for its perfect balance of herbs and spices, its delicate sweetness and persistent bitterness that makes you always want another sip. We ordered two glasses and opened up the menu, which was written 100% in Catalan but easy enough to figure out.

We were starving after skipping breakfast to visit the Sagrada Familia, so we were drawn to the sandwiches called clotxes, typical of the nearby Terra Alta, a mountainous area in Tarragona where Casa Mariol wines come from. The clotxe was an exciting food discovery, and is basically a delicious sandwich that consists of a mini loaf of pans de pagès (a round, soft bread roll) that has its insides cut out. It’s then stuffed with whatever you chose (we tried a vegetarian version with spinach and sun dried tomato and another with roast beef and horseradish). After being stuffed, they are closed back up with the insides of the bread. We also couldn’t resist some fuet, some canned mussels and potato chips, and some roasted artichokes, all of which paired perfectly with our second glass of vermouth!

Lunch at Casa Mariol was one of the simplest and cheapest meals we ate in Barcelona, but definitely one of the best.

Nowadays Casa Mariol is known as a trendy and hip brand, but this family run company has a long history behind its current success. José María Vaquer Bes officially founded the company in 1945, although his family had been making wine in the small village of Batea for as long as he could remember.

Batea is one of the villages in the very rural Terra Alta (High Land) of Tarragona, and most people who live there are involved in agriculture in some way or another.  Fast forward nearly 70 years and the Casa Mariol brand is as strong as ever, due in large part to a modern generation of winemakers and experts. Miguel Angel Vaquer, the grandson of the company’s founder, has played a big part in the company’s recent branding and marketing efforts. With a background in journalism, he has been an important part of the company’s fun design and also in their launch of Catalonia’s first verdejo wine. We stuck with the vermouth for this visit, and while we were eating not only did the place fill to the brim with locals, but many people also popped in to fill up their bottles with Casa Mariol wines. We’ll be back in Barcelona soon, and Casa Mariol is on the list!

The Highs: The small menu is filled with such yummy things it’s hard to choose, and the vermouth is excellent.

The Lows: Its location is a bit far from the center.

The Verdict: Go early to snag a table, as they fill up quickly! Knock back a vermouth and some snacks as an aperitif, or try a clotxe and make it lunch.

What do you think about Spanish vermouths?