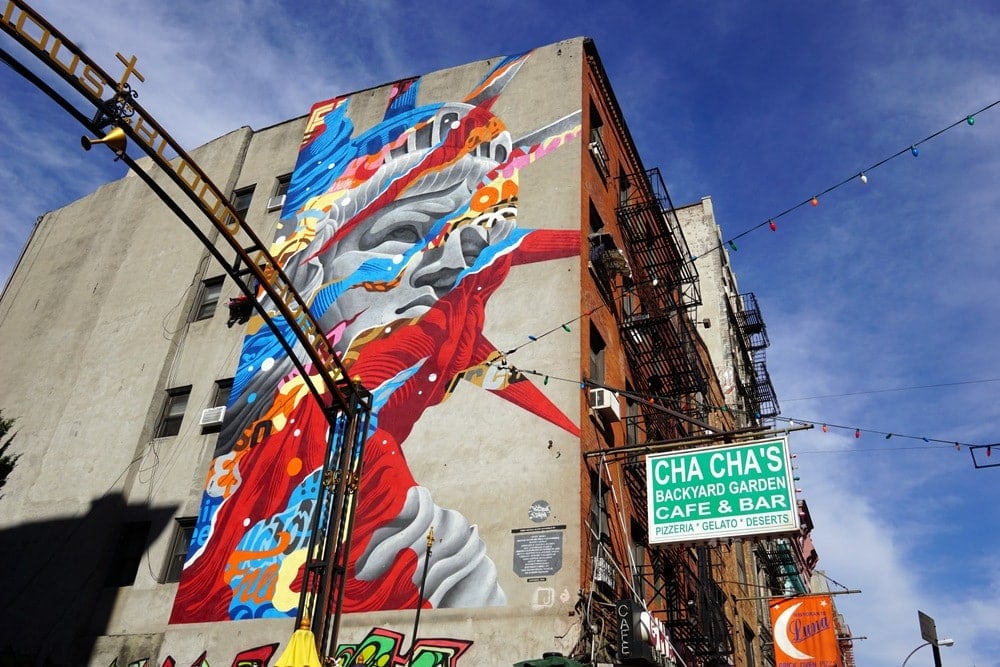 Ten years ago I would have told you that I didn’t like taking city tours. I think I joined one too many screechy voiced, flag waving tour guides as a student in Europe, and remembered organized tours as large, exhausting and boring.

Ten years later, organized tours are an absolute MUST for me in every city, including my home city, Madrid where I join 5-10 walking tours per year. The reason for the drastic change in opinion? The simple realization that all tours are not created equal.

It took me designing and giving my own food tours in Spain to really understand the beauty of a well executed tour and a fantastic tour guide. When the two combine, you’re able to see the city in a way that’s simply not possible on your own. A good tour is an exciting adventure and a glimpse into something beneath the city’s surface.

And while I enjoy many different types of tours, as the owner of a food tour company the first thing I try to plan when traveling to a new city is a food tour (or two!). In New York City a tourist is spoiled for choice. There are pizza tours, cupcake tours, neighborhood food tours… It’s overwhelming to decide!

Luckily, I’d met a lovely NYC tour guide named Nikki while she was visiting Seville, and she told me about one of the tours offered by Urban Adventures called Tenements, Tales and Tastes. Part tasting tour, part history tour (focusing on the waves of immigration to New York City), it sounded like a perfect combination.

Nikki was traveling while we were in New York, so couldn’t lead the tour. We were disappointed, until will learned that instead we would have her boss, the founder of Urban Oyster and owner of New York Urban Adventures, David Naczycz.

David right away described himself as a history lover, so I knew we were in great hands. We headed off one sunny (but bitterly cold) NYC morning for our morning of food and history.

Here’s what we learned:

You might recall that New York City was almost New Amsterdam– as the Dutch were the first to settle the Hudson River area and call it New Netherland. It may be in part thanks to the Dutch that NYC has always been known as such a multicultural place. Despite failed attempts to only allow people to worship at the Dutch Reformed Church, the Dutch ended up allowing all religions to worship in order to promote commerce. In 1664, however, the British invaded and New Amsterdam was renamed to honor the Duke of York.

To remember the Dutch, we tasted a delicious stroopwafel during the tour’s introduction. Don’t tell the Dutch, but it actually tasted better than the ones I’ve tried in Amsterdam! I think it was the secret local ingredient (real maple syrup)!

Another fact to note, is that it was the Dutch who introduced slavery to the New York area around 1626, something that would continue for 200 years.

An unexpected stop was the nearly forgotten African Burial Ground National Monument right in the middle of lower Manhattan. This monument gives plenty to think about, as the history of the Africans in New York City has been largely ignored. It is the most important historic urban archaeological project undertaken in the US.

In 1991 the General Services Administration (GSA) started work on a 275 million dollar federal office building. When human remains were found they were surprised, as many had thought too much construction had happened to make this likely. The African American community were horrified that the GSA wasn’t treating the grounds with respect, and lobbied congress to stop building in the area where 420 bodies were removed and to make it a memorial.

We didn’t try any Irish food on the tour either, but we did discuss some interesting facts about Irish immigration to New York. The Irish were refugees that arrived to the US poor and starving. They lived in deplorable conditions, which were breeding grounds for disease. Many adults lasted only six years in the US before dying! 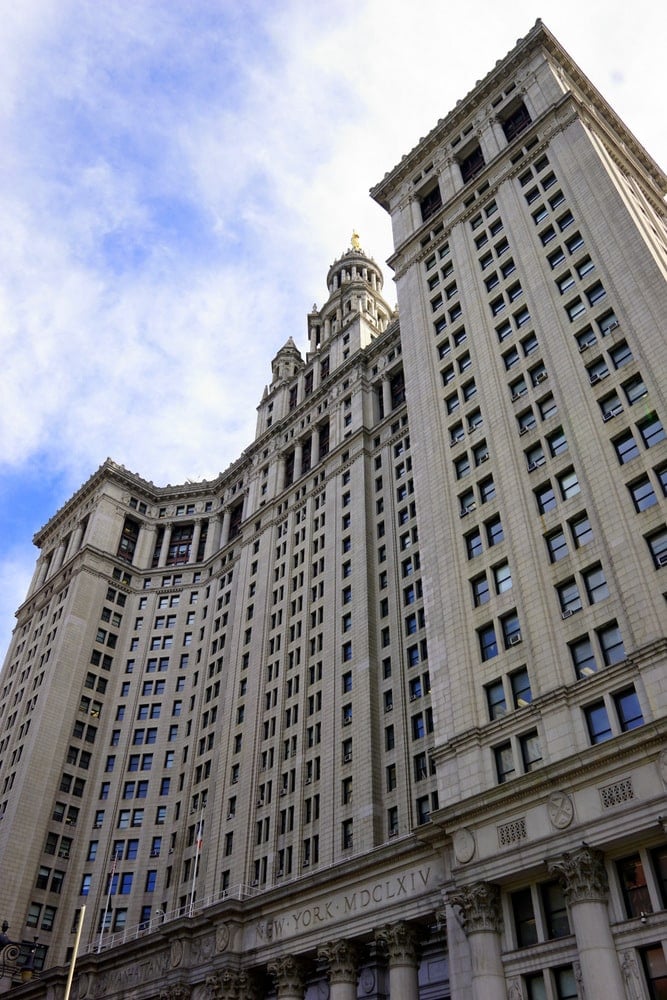 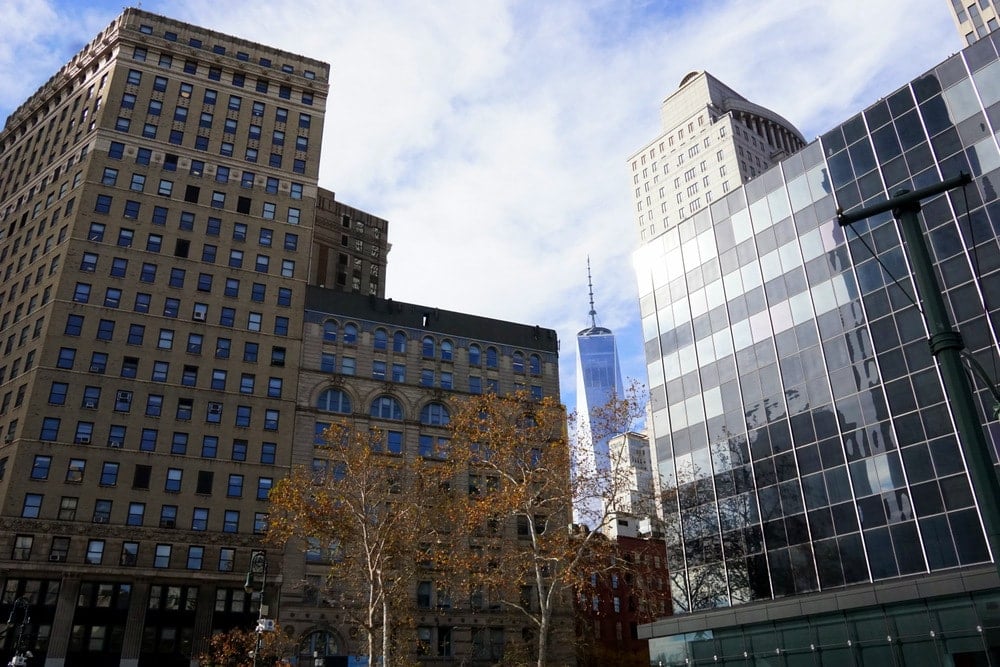 Did you know that NYC is home to multiple Chinatowns (Wikipedia lists 9 different ones)? Starting in the late 1800s waves of Chinese immigrants arrived to NYC. Many had originally gone west to California, in search of easy gold. When that wasn’t the case, they came to New York where many rolled cigars. I’d been to Manhattan’s Chinatown many times prior, but it always fascinates me how it is truly a little piece of a completely different culture– complete with signs posted to not steal the decorative plants in the central gardens, and not to spit on the sidewalks!

We had to eat something here, of course, and weren’t disappointed by the most famous dumplings in Chinatown. Homemade and stuffed with minced pork, they were perfect with a little drizzle of Sriracha sauce. I could have eaten five more!

In 1910 there were 10,000 Italians in Little Italy, but today you’d be hard pressed to find someone speaking Italian here. The Italians moved out of Little Italy long ago for bigger spaces in Brooklyn, Queens and New Jersey– and it shows. There are only three blocks left, and a lot of traditional Little Italy is now Chinese owned. That said, it’s still a picturesque area and a must stop for any first timer’s visit to NYC. David mentioned that there are still real Italian neighborhoods in Brooklyn, Queens and Italian Harlem. I’d love to check those out next time too. They’d surely bring back memories of my own Italian American upbringing and the delicious Italian delis in Brooklyn and New Jersey.

We stopped for a quick taste in a local deli, Alleva Dairy, founded in 1892 (it’s the oldest Italian cheese store in the US!). As if David had read my mind, we were served a creamy wedge of mozzarella cheese (when I was a child I used to eat a huge ball of this cheese on my own, and I’ve been obsessed ever since!). Paired with it was sliced prosciutto, Italian cured ham.

Any food lover would be safe spending a few hours on East Houston Street in the Lower East Side– home to some of the best Jewish delis in the world! Katzs’ Deli for the epic pastrami on rye, Russ & Daughters for bagels with cream cheese sand lox, and the Yonah Schimmel Knish Bakery– the place we stopped on the tour!

In 1910 many of the Lower East Sides’s 550,000 residents were Jewish, and although the population today is a fraction of that, the best food shops seem immortal.

One of our best discoveries of this whole trip was the knish, perfectly baked pastry dough wrapped around creamy mashed potato. And after being blown away by the amazing ones at Miles End Deli, we were happy to go straight to the source, to one of the most traditional knish places in the world (and one of the last survivors in NYC). This was definitely my favorite stop of the tour. The place is priceless!

We stopped to briefly talk about how the Lower East Side had changed, including a period called “The Great Migration” when Puerto Ricans moved to New York in large numbers in the 1950s. Many women worked in the nearby factories, but many faced a lot of discrimination. Today Puerto Ricans make up about 9% of NYC’s population.

Our last stop took us out of chronological order and back to the time of German immigration. The Lower East Side was also once home to Little Germany, or Kleindeutschland. But by the late 1800s/early 1900s the neighborhood’s identity had been lost. A terrible accident killed a huge number the the neighborhood’s decision makers and many moved out to other neighborhoods. David also mentioned that those who remained post WWII often didn’t want to associate themselves with being German. So this group didn’t form the same sort of proud culture that the Irish, Italians or Puerto Ricans did. That said, they contributed plenty to modern day America, such as beer, pretzels, mustard and words like kindergarten and gummy bear!

Here we tasted a hot pretzel and were given the option to purchase a beer (which we did of course!).

3.5 hours after starting we were pleasantly full of both food and information. David was a wonderful host, and gave us plenty of tips for continuing our foodie day.

You can find information and bookings for the Tenements, Tales and Tastes Food Tour on the Urban Adventures website.

What would you eat on a New York City food tour?