My Spanish style Thanksgiving stuffing is basically my take on a popular Spanish dish called migas con chorizo. Because what dish isn’t better with perfectly grilled chorizo added to the mix?

Migas is the Spanish way to take advantage of stale bread, and the most basic version is a simple dish made by frying stale bread chunks in olive oil seasoned with garlic cloves. People dampen the stale bread in water first, and once fried to golden perfection, they remove the bread and mix it with a variety of yummy extras– from fresh chorizo to juicy salt pork to fried eggs and roasted red peppers. Final additions to Spanish migas may include sweet bites, such as grapes or pomegranate seeds.

It’s important to note that here in Spain, migas are usually served as a full (and heavy!) dish. But of course, as a part of your Thanksgiving meal, they aren’t meant to steal the show. I recommend making this simple version, which I call my Spanish style Thanksgiving stuffing, to accompany your heaping plate of Thanksgiving goodness. 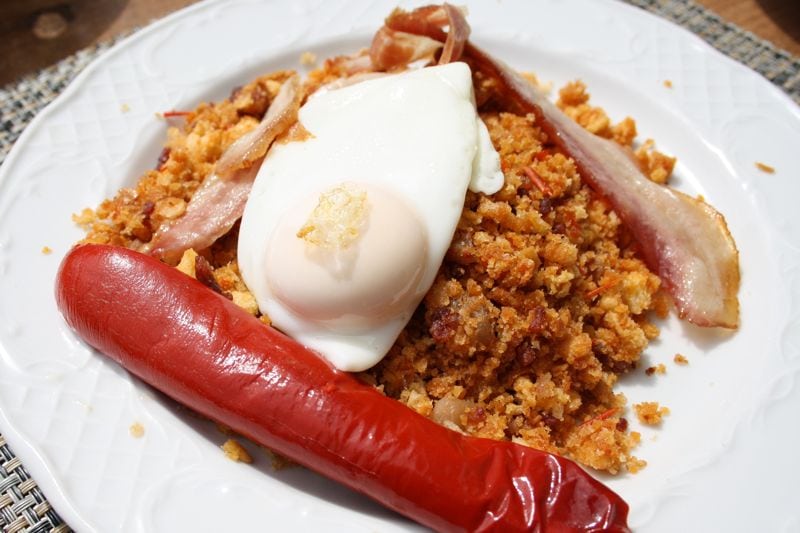