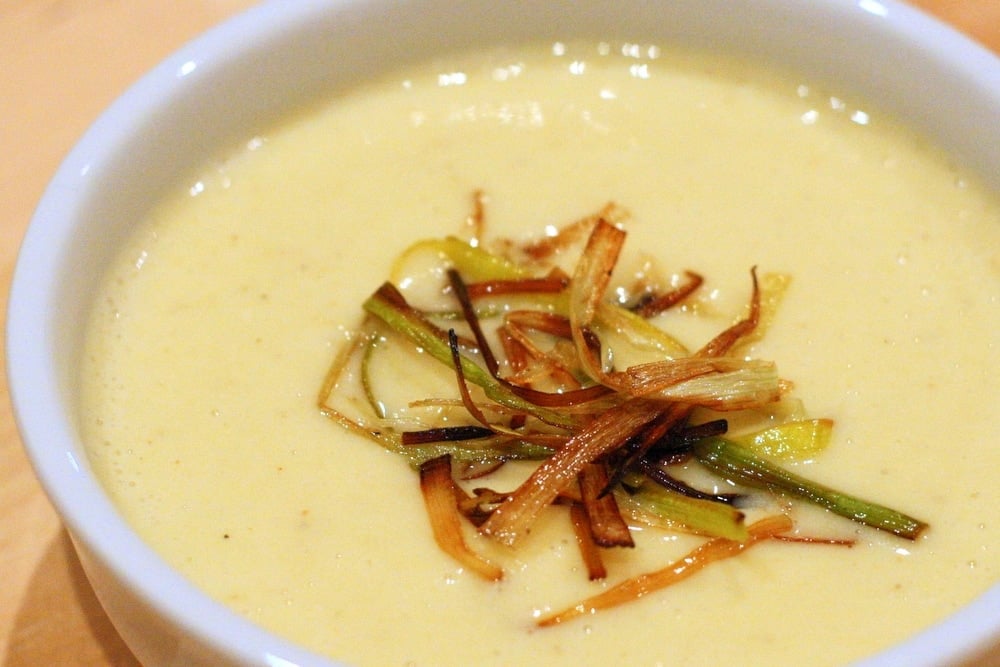 I’m obsessed with soup. In fact, it’s one of the things I most miss about living in the US, where you can always depend on a restaurant to offer at least one soup on the menu, and often an additional soup of the day. Here in Spain soups are usually an option for the first course of the menu del día (but they’re often very repetitive– gazpacho, salmorejo, crema de calabaza…) or they’re actually considered a main meal (these would be heavier soups that lean towards stews). A cup of soup is, unfortunately, a concept that doesn’t quite exist.

Every winter I experiment with different soup recipes, so when I found a Spanish recipe for creamy leek and almond soup, I knew I had to try it. I love the flavor of leeks and adding almond to things is one of the best Spanish tricks in the book!

This creamy leek and almond soup was a big hit at my last dinner party. I was cooking for vegetarians so I omitted the bacon and added some crispy fried leeks on top instead (and a dash of cayenne– yum!).

Are you obsessed with soups too? And what’s your favorite soup recipe?