Finally! A Vietnamese Restaurant in Madrid! 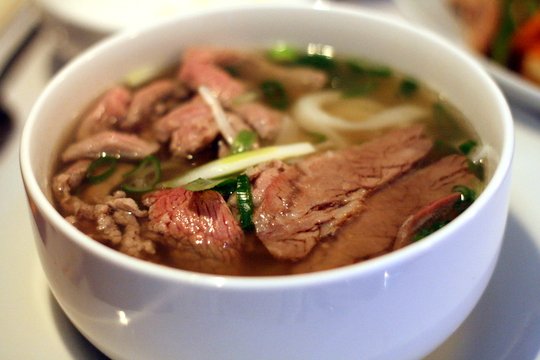 The day Vietnam Restaurante opened its doors on Calle Huertas it had already created quite a buzz among fellow expats in Madrid. This new eatery in the trendy Letras neighborhood had the power to fill an enormous gap for many of my fellow Americans– pho had finally arrived to Madrid! For those (like myself) who haven’t grown up with pho, it is described as a Vietnamese noodle soup, consisting of broth, rice noodles, herbs and meat. Sounds pretty amazing, especially for a cold winter day in Madrid.

So we had to check it out. The verdict? I’d go again, but it’s lacking in a few areas. That said, it is the only Vietnamese restaurant in Madrid at the moment, so best of luck finding something better!

We walked in without a reservation and they were completely booked, but had space at a tiny table by the bar. It was really too small for two people, but we aren’t picky and made it work. We had excellent service throughout by a nice Argentine waiter.

There were two hits and a miss. The rolls were among the best I’ve ever had, a true explosion of flavors that made me yearn for a trip to Vietnam asap! The noodles were also quite delicious, we just wished the portion had been a bit bigger. But the pho soup was disappointing. After hearing about how amazing pho is from my peers over the past years, I just knew that this couldn’t be what they’d been talking about. Bland and boring, it just didn’t cut it. 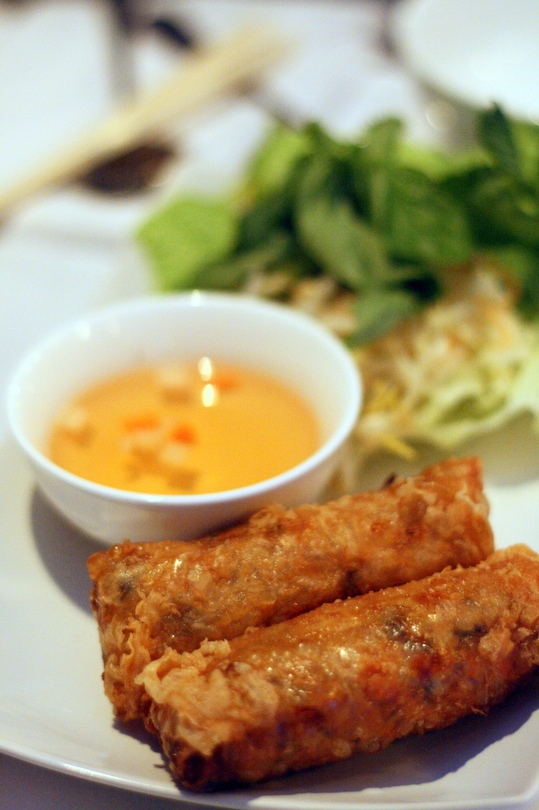 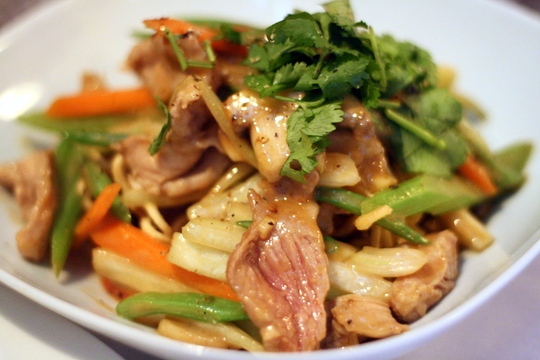 We also ordered Vietnamese coffees (delicious, but at 4€ each not that different than a Spanish café bonbon for 1.50€), and a passionfuit dessert that I loved (then again, I love just about anything with passionfruit). We left at 25€ a head (including two beers) and felt this was a high price based on the quantity we’d eaten, yet we enjoyed almost everything and had great service. Considering it’s the only place for Vietnamese food in Madrid at the moment, I’d even consider it inexpensive compared to what they could possibly charge. 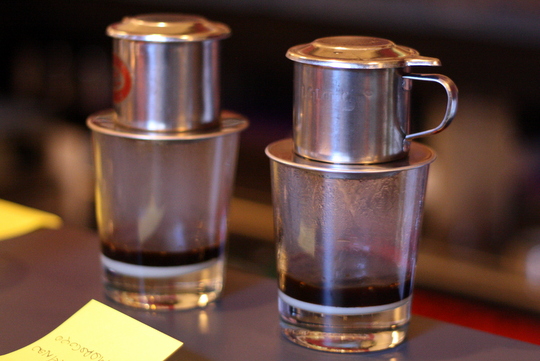 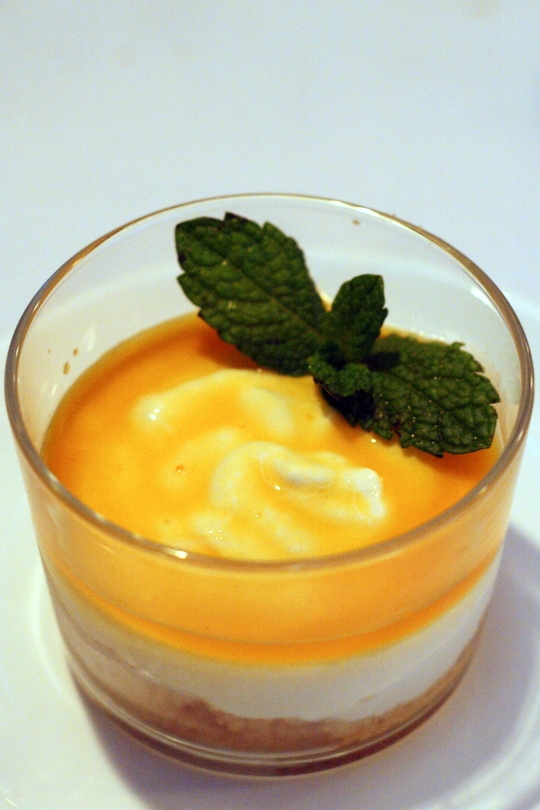 I’ll be back for sure, though not on any regular basis. I’m still holding out for some really good, simple, and inexpensive Thai and Vietnamese restaurants to open in Madrid. Or maybe I’ll just have to start experimenting in the kitchen myself!

Update: They recently released a short, but delicious sounding cocktail menu featuring passionfruit mojitos and a “Vietnam Cocktail” with rum, lemongrass, orange juice, and lemon ice cream… I might have to make another visit!