Wine Tasting and Market Exploring on a Budapest Food Tour 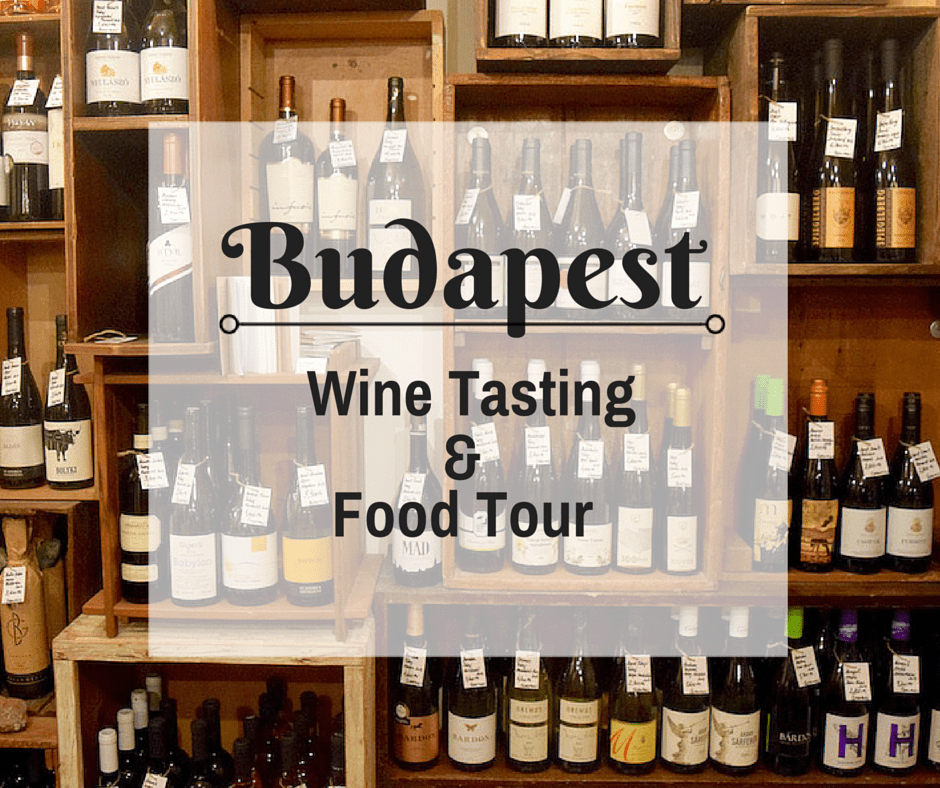 We fell into the fog of Budapest the day after Christmas. Through the mist I could hardly make out the lights of the Christmas markets, let alone the majestic castles that towered invisibly on the far banks of the Danube River.

Ideally, our first evening in the Hungarian capital was already reserved. Awaiting us through the din was the warm and welcoming tasting room of Taste Hungary, where we would spend the evening diving into the tumultuous history and poignant flavors of Hungarian wine.

History in a Bottle

Knowing little to nothing about Hungarian wine, I was more than a little stoked to spend the evening with Gábor Bánfalvi, the co-owner of Taste Hungary and our expert-in-residence for the 2-hour Essentials of Hungarian Wine tasting. Eight wines were on the docket, ranging from a brisk sparkling white through punchy local reds and ending with Hungary’s famous sweet Tokaj whites.

The wines were intriguing, high in acidity and starkly different from the bold, juicy reds I’m used to in Spain. The stories behind the wines, though, were downright fascinating. Gábor expertly weaved the story of Hungary through each glass.

First he dipped us into the pre-Austro-Hungarian Empire winemaking traditions surrounding the native Kadarka grapes. These deep blueish-purple grapes used to be crushed by foot, topped with grape leaves and fermented under a hardened layer of mud.

He showed us how these grapes got their fame in the 20th century when they began to be blended into Bikavér, aka “Bull’s Blood,” wines. This bold combo of up to 13 different grape varieties makes Bull’s Blood reds some of the most fascinating (and most popular!) in Hungary. Not to mention they go great with the country’s quintessential paprika-spiced smoked sausages!

Next we learned how the Kadarka grapes fell from grace as Communism swept the country in the 1950s. Under Communist rule the vast majority of Kadarka vines were torn up and replaced with Kékfrankos grapes, which were easier to grow and had a higher alcohol content.

Today, Kékfrankos remains the most-produced red grape in Hungary, filling vineyards with boozy, tannic reds. But the competition is getting fierce. Only 30 percent of Hungarian wines are red and there are dozens of native and international grapes crowding the market.

While most of the wines we tasted were warming, wintery reds, the vast majority of the wine produced in Hungary is white, specifically a sweet white style called Tokaj. This curious wine is made from grapes that have actually gone rotten. The particular fungus that grows on the ultra-ripe, sugar-sweet Tokaj grapes is what gives these stunning wines their unique caramel and apricot flavors.

Tokaj is Hungary’s survivor wine. It was the first region in the world to be classified with a Domination of Origin Control in 1737. Since then these sweet whites have survived through the Habsburg Dynasty, the Nazis and Communism. They are still a force to be reckoned with.

Armed with enough Hungarian wine knowledge and a much better grasp on the region’s history, it was time to fill in the gaps on the food side of things. For that we turned to Zsofia Illes, a Hungarian cookbook editor, food forager and Taste Hungary food tour guide. Zsofia led us through a four-hour Budapest food tour and culinary walk, starting at the city’s temple to all things edible: the Central Market Hall.

Rows of butchers selling beef from Hungarian grey cattle, pork from native Mangalica pigs and all types of poultry lined the right side of the market. Fruit and vegetable stands, spice stalls and bakeries filled the left wing.

We started of the morning with a bang. First stop: a shot of medicinal liquor. Perhaps the most famous liquor in Hungary, Unicom was created as a medicine for the Austro-Hungarian Emperor Joseph in the late 1800s. The still-secret recipe packs in 42 herbs and is barrel aged. This digestif goes down like a wave of flaming cough syrup coated in absinthe and garnished with a sprig of mint.

Awake and ready to tackle the market frenzy, we headed for an equally classic Hungarian staple: sausage. While most Hungarian butchers sell only one or two homemade sausages, Zsofia led us to the mega load. From horse to pork, spicy to mild, we tasted our way across the Hungarian sausage spectrum.

Out in the frigid winter chill we warmed up with a cup of broccoli cream soup and a delicious coffee before tucking in for a quick wine tasting at the Tasting Table. Lastly, we popped into Castro Bisztró for a heaping plate of sausages, spinach croquettes and beet fritters.

With a long list of restaurant and bakery recommendations, we were set to tackle our last few days in Budapest. The fog had lifted and with a much clearer picture of what to drink and eat in Budapest, we were able to end the trip with both spectacular views and tasty Hungarian meals.

Have you ever been on a food tour? What was the best part?

You can visit Taste Hungary and Tasting Table Budapest here, and see more pictures from their many tours on their Facebook page.