Located on the southeastern coast of Spain nestled between Valencia and Andalusia, Murcia is a place that few people ever visit on their package tour of Spain.

Even those who travel without a guidebook generally skirt this Spanish province, opting instead for the small villages and coastal towns of its neighbors. That’s not to say that Murcia doesn’t receive any tourism– it is the region of choice by many summering Spaniards whose vacation budget has been hit hard by the recession. It is also a popular destination for a quick escape among other Europeans (mainly from the UK), who are enticed by low cost flights with the promise of cheap tapas and the Mediterranean sea.

I didn’t have many preconceptions about Murcia. I could locate it on a map and recalled that its locals were known for their strong Murcian accent. Later, I learned that it is a region famous for its production of a the high quality bomba and calasparra rices, which catapulted it to the top of my list for must-visit regions of Spain.

On a quest to find the perfect Murcian rice dish, I set out with El Caldero Restaurante and a group of Spanish bloggers for a quick overnight trip to this often overlooked part of southern Spain. Let me tell you, I’m so glad that I did.

Apart from the incredible rice that does indeed exist, Murcia was a beautiful place that I would love to explore in greater depth in the near future. From its port towns and small rocky beaches, to dry inland mountains and far off lighthouses, Murcia is a place to drive through slowly, stopping from time to time in the little towns still observing age old traditions. 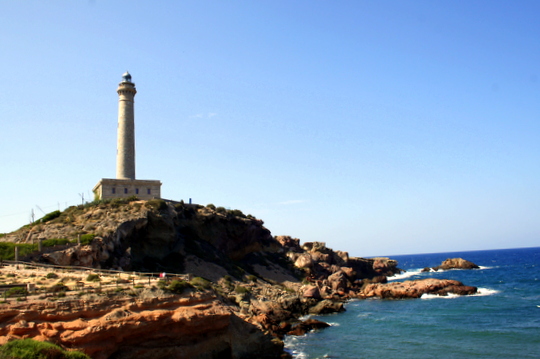 The lighthouse of Cabo de Palos. 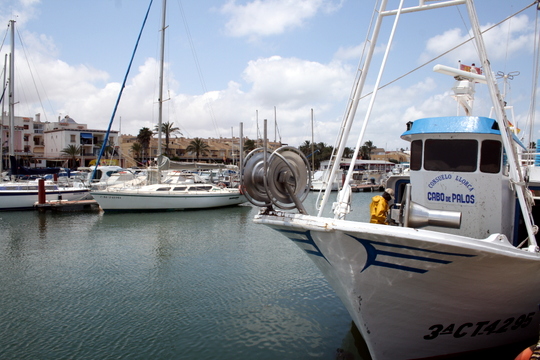 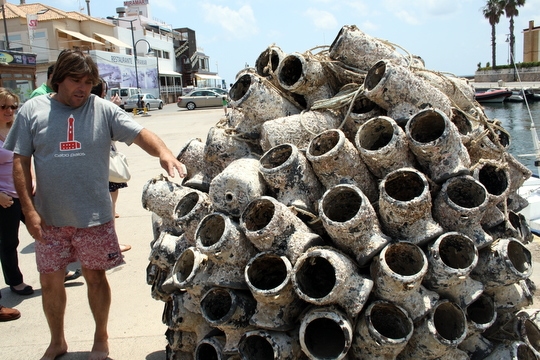 A local fisherman shows us a cadufo, the traditional way of catching octopus in the Murcian waters. 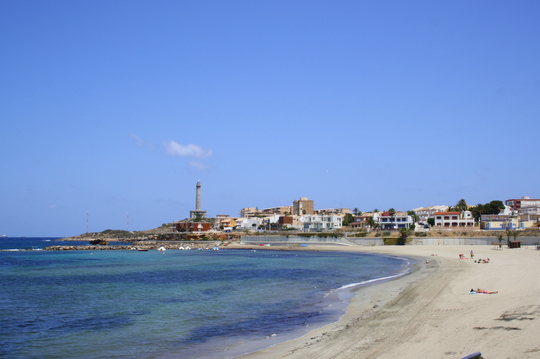 Late June seemed the perfect time to visit. Right before the Spaniards take their vacations, the weather was lovely and the beaches were empty. 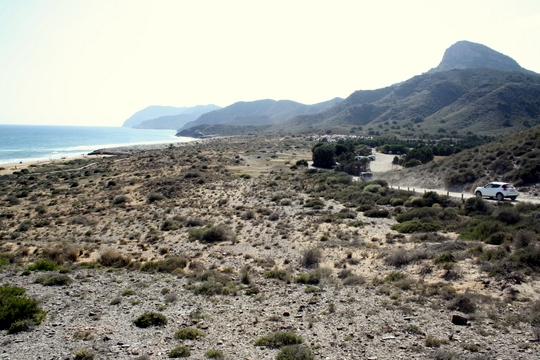 Driving through the twisting roads of the arid Murcian mountains with the sea as the view. 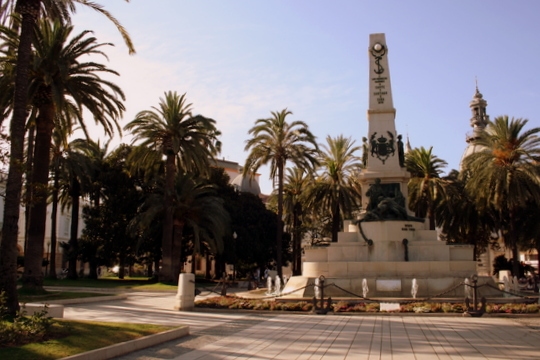 With about 220,000 inhabitants, Cartagena is a small but important city on the Murcian coast. Extremely important during Roman times when it was known by the name of Carthage, it is home to the second largest Roman Theater on the Iberian Peninsula (after Mérida). Currently a large naval base, Cartegena also receives quite a bit of tourism as a cruise ship port. 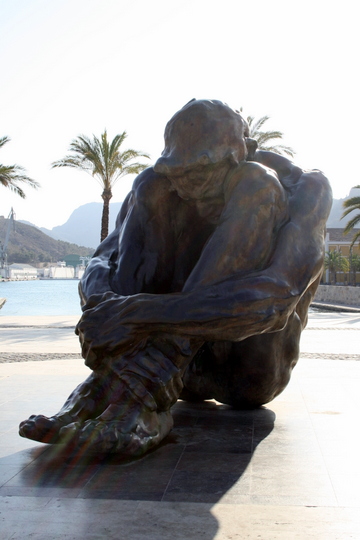 The center of Cartagena was scattered with interesting statues and works of art. This one was in memory of victims of terrorism. 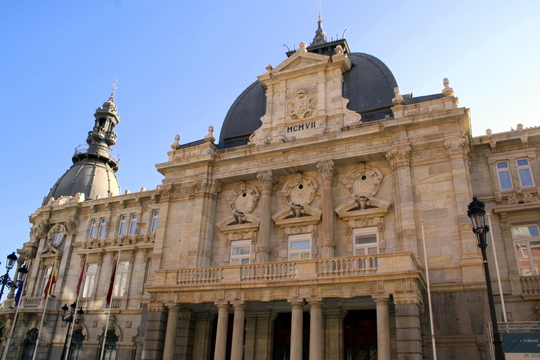 I loved the beautiful buildings from the early 1900’s. This is the city’s town hall. 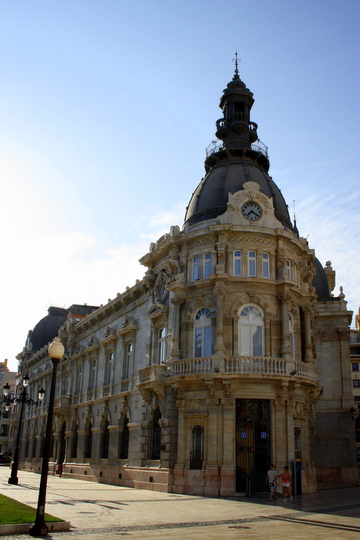 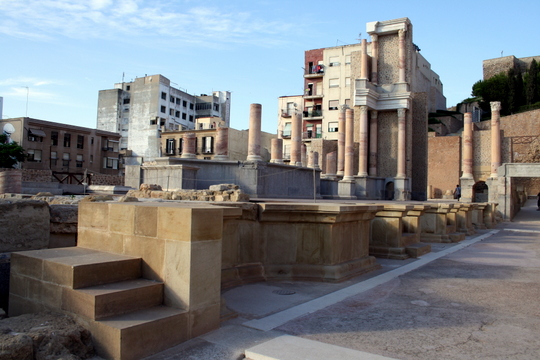 A glimpse at some of Cartagena’s Roman ruins. 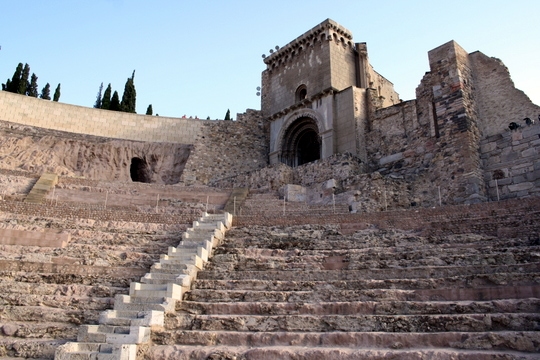 The Roman Theater in Murcia, Spain.

No matter where we went, the people of Murcia were kind and friendly. As we learned about Murcian rice, the cooks smiled for the camera. In the local deli, the owner didn’t hesitate to pose. It isn’t often I come upon that level of comfort from the very start; I guess I can conclude that Murcians aren’t camera shy! 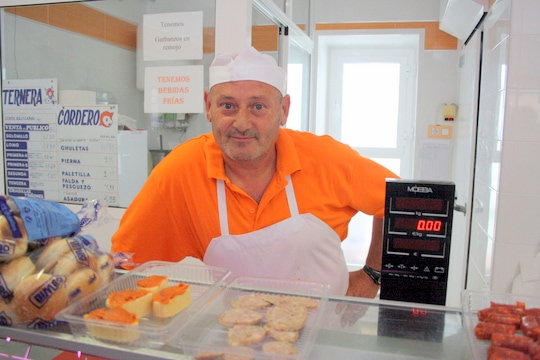 The friendly owner of a small deli in Cabo de Palos, who got us to try raw pork! 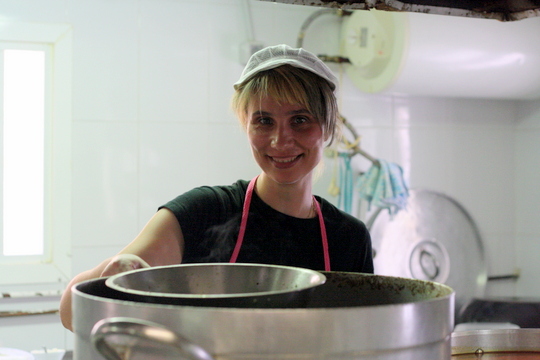 As we observed the process of making arroz al caldero this woman posed for a picture. 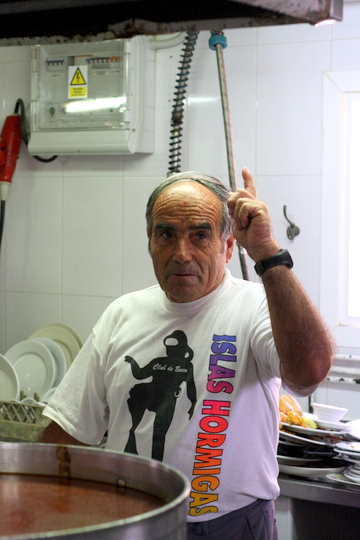 The man was the woman’s boss, and the owner of Restaurante Katy, one of the best places in Murcia for rice dishes on the beach. 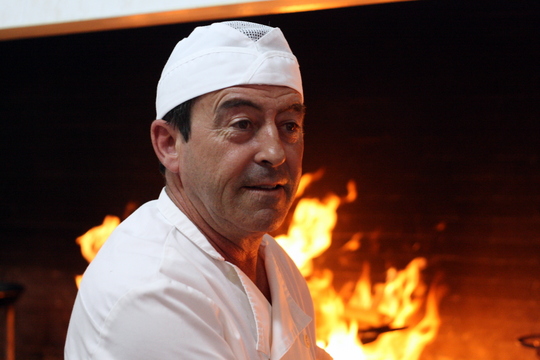 Herminio himself mans the fires at the delicious Casa Herminio Restaurante.

Quaint towns, beautiful views, warm waters, amazing food, and friendly people– needless to say I really enjoyed Murcia. Only about 3.5 hours from Madrid, I know I’ll be back soon to swim in the sea and eat my fill of rice!

Have you visited Murcia? Any fantastic towns to visit or local foods we missed?