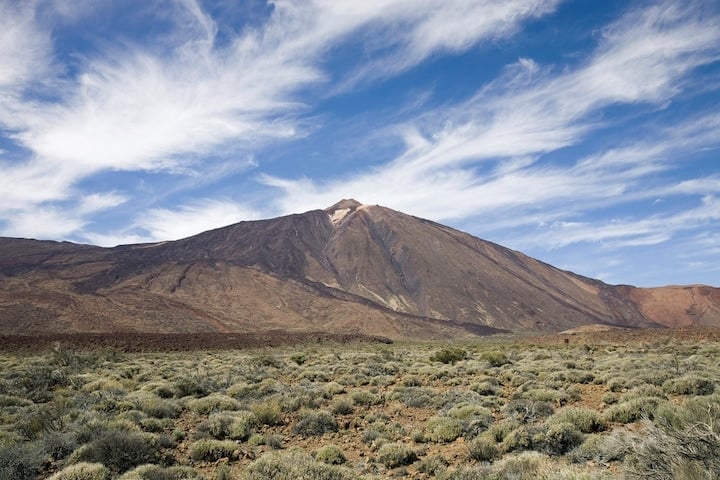 One of the best parts about living in Spain is the cultural and geographical diversity you find as you travel from region to region. And when you think you’ve seen it all, just wait– there are still the islands.

Craving the Mediterranean? Head over to the Balearic Islands off of the coast of Catalonia. You’ll find olive trees, Roman ruins, cove beaches… paradise!

But if you’re looking for something truly different, buy your tickets to the Canary Islands for a whole new side of Spain you never imagined.

With its unique combination of climate, land, history and touristic value, Tenerife is arguably one of the best foodie destinations in Europe. Here’s why:

Where else in Spain do you find banana trees? Fresh papaya and mango? Starfruit? Lucky for visitors, Tenerife is home to a variety of tropical and subtropical fruits that you generally won’t find on the mainland (and definitely not in the rest of Europe!). Bananas are especially important, and Tenerife grows about 150,000 tons per year!

Wine production has been a part of Tenerife’s history since the Spanish conquest, and their most famous wine, malvasía, was so important that it was regularly mentioned in Shakespeare’s works! Though the malvasia grape is grown elsewhere, it never has the same characteristics.

Tenerife is home to five of the islands’ eleven different denominaciones de origen (officially protected wine producing areas) and there are many bodegas where you can taste the island’s wines (including the malvasias) and also participate in a wine tour.

The best way to quickly get to know a place’s food culture is by visiting a local market. Tenerife is home to plenty of wonderful markets, which are perfect to visit early in the morning before spending the day out and about on the island.

Tenerife has some very unique foods and recipes that you will be hard pressed to find on the mainland.

An island famous for fried cheese? Yes, please! Canary Island cheeses are delicious, and generally made from goat’s or cow’s milk. Search for the fried cheese with mojo on restaurant menus, or try the cheeses from El Tanque or Teno, renowned for their unique flavor.

Have you visited Tenerife? What was your favorite foodie moment?