As many of you are packing your suitcases for the big move, I’ve gotten many messages asking me what to bring with you when moving to Spain. The following are my top 10 choices beyond the obvious essentials. Good luck meeting the airline’s weight requirements—but just remember that $50 for an extra suitcase is a lot cheaper than shipping or buying the items again in Spain!

1. The Thanksgiving Savior Kit: Even if you are intent on immersing yourself in the Spanish culture I guarantee you that you will fold when Thanksgiving comes around. It happens to be my favorite holiday, and I’ve had the good fortune to spend the past years surrounded by a mix of American, Spanish, and International friends. It’s a great opportunity to share American traditions and foods with others (and show them we’re not all hamburgers and hotdogs)! My Suggestions are: Canned Pumpkin or Pumpkin Pie Spice, Gravy Packets, Cranberry Sauce, Boxed Stuffing (if you don’t want to attempt your own), and a good Pie Crust recipe!

2. The Popular Teacher Bake Kit: If you want to quickly become the most popular teacher at your school just bake something for the kids. Unfortunately Spain isn’t known for processed boxed cake and brownie mixes! I’ve actually made cakes and brownies from scratch, but it isn’t always easy finding the ingredients and working with small, off-temperature ovens. So a quick fix is: Brownie Mix and Marshmallows (for rice crispy treats).

3. A Heavy Winter Coat: Despite what they tell you, and 300 days of sunshine a year or not, Spanish winters are cold!!! I am from desolate, snow-ridden Massachusetts and I still found the winters in Seville unbearable at times! Living in a city I was always walking, which meant I was always outside, facing the elements! Not to mention hardly any apartments in Seville have central heating; most rely on small stoves or space heaters. The first year I bought a winter coat from a popular Spanish clothing store—and within two weeks most buttons were broken, it was torn in places, and I was still cold! The next year I brought my heavy winter coat with me and it literally saved me!

4. Footwear: In Spain there are countless shoe stores at many price points. However, I’ve noticed that what you get for 20€ in Spain doesn’t compare at all to what I can buy here in the US for the same price. Here I can go to Marshalls or DSW and get some great quality shoes for around $30… but there that is impossible. So I always bring as much good quality footwear as possible. Most important are shoes that are somewhat dressy but also comfortable for walking. Girls—bring good boots! Often forgotten are rain boots and running sneakers. Both you can buy in Spain but know that they will likely cost you considerably more.

5. Chili Powder and Hot Sauces: There is nothing easier to make than a big pot of chili! With beans, ground beef, and vegetables easily available in Spain it is an accessible and inexpensive taste of home. Even my husband loves it! But if you want to make the same chili you find in the American southwest you will need to bring some chili powder. Throw a bottle in your suitcase and you’ll be all set. You may also want to bring some hot sauces if you are used to eating spicy food. Spanish food is simple and clean—they don’t cook with too many strong spices and most Spaniards find Tabasco sauce incredibly spicy if that gives you a reference point! While most supermarkets sell one salsa picante it usually isn’t very picante! Some Chinese markets have more variety, but I still bring a few bottles of my favorite sauces with me whenever I go back!

6. Family Recipes: All of the above ingredients won’t be of much use if you don’t have the recipes to use them with! I love cooking and trying new recipes, but sometimes I just want to make my Mother’s apple crisp or my Grandmother’s lasagna… as good as the one from Emeril Lagasse might be. I can’t tell you how many times I called my Mom asking for a recipe. Write some down or photocopy them before you go and you will be recreating your favorites in no time. By the way, there’s nothing like comfort food when you’re feeling homesick or trying to impress a cute Spaniard!

7. Prescriptions: If you have any prescriptions, even old or expired, bring them with you. Spanish pharmacies, in general, are much more lenient about giving medications and may give you something you usually take without the hassle of you having to go to a Spanish doctor for a new prescription. Also, if you wear contacts or glasses you can order new glasses or lenses for prices considerably lower than in the US and without any required eye exam.

8. DVDS: I guarantee you it’ll be tempting to buy bootleg DVDs sometimes from the many immigrants selling them, but don’t do it. Most likely they won’t work! Also, unless your apartment comes with a DVD player or a roommate has one, you’ll likely be watching them on your computer, which would be set up for American DVDs in Zone 1. Since DVDs in Europe are Zone 2 they aren’t compatible. Your computer can only change zones a few times before staying locked. I like to bring a variety of DVDS to watch when bored or show students and friends. 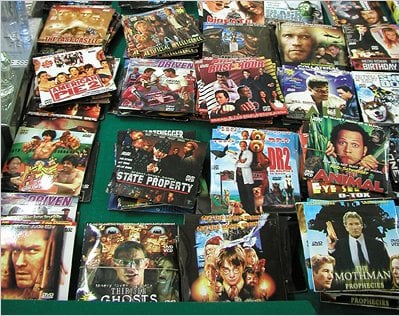 9. Halloween Costumes: Halloween is not traditional here, but every year more and more people celebrate it. They do, however, misinterpret it a bit by dressing up only as scary things like ghosts, vampires, and zombies. The costumes are hideous and full of fake blood and guts. So bring some old Halloween costumes and show the Spaniards how to do things right! You’ll probably get in free all night for being dressed up. Your students will also love it if you come to school in costume or if you host a Halloween party. Your costumes can also serve a double purpose if you head down to Cadiz (or other Carnaval destinations) for the Carnaval festivities in the spring.

10. Patience: You can’t really pack this one but do bring a lot of it. You may need to start using it as soon as you’re in the airport going through immigration… or maybe you’ll be lucky and not need any until looking for an apartment or waiting in line to buy groceries! Just have an open mind and accept that you are in a new place with different ideas, traditions, rules, and overall ways of doing things. Some things you’ll find better and easier and others worse and more difficult. Just relax and make the best of things (a tapa and cervecita cure almost any bad day)!

What other things would you bring with you when moving to Spain? Let us know in the comments!

If you liked this post, check out How to Make Extra Money While Living in Spain and like us on facebook for updates on Spain, expat life, food and travel!