×
Home / Blog / Malaga / How to Order a Coffee in Malaga: The Complete Guide

Coffee is certainly an important part of the day in Malaga. Many people have a cup when they wake up in the morning with just a light breakfast to tide them over until their second breakfast (yes, that’s right, two breakfasts!) and coffee break around 11:30 a.m.

Then there’s another chance to enjoy a cup of joe in the afternoon, and, if you’re a real enthusiast, you can even have coffee after dinner. With all that caffeine it’s a wonder people aren’t buzzing around all day!

Click to expand or embed this image on your site

Of course, a good cup of coffee is hard to come by. Here in Malaga, it’s all about knowing how to order the perfect cup! In fact, there’s even a special lingo that you should know before ordering your coffee to make sure that you get it just right.

This special terminology started at Café Central in Plaza de la Constitución, just at the end of Calle Larios. They began to use special terms for the ways to order coffee in Málaga and it just kind of stuck and became the norm.

How to Order a Coffee in Malaga 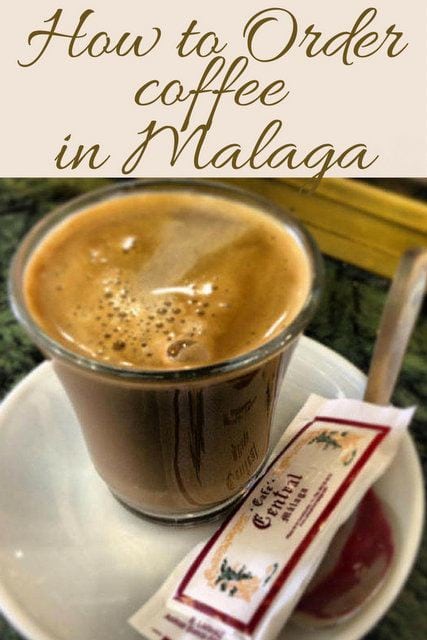