The word paella means different things to different people. And to my Andalusian mother-in-law, it simply means a dry rice dish with lots of delicious things (chicken, shrimp, vegetables, and even… chorizo!).

That’s right, my Spanish mother-in-law puts chorizo in her paella. It is not authentic, and Valencians might shudder at the thought, but she doesn’t care. She calls it paella and puts what she wants in it!

So today, David is going to share a version of Spanish rice he calls prawn and chorizo paella — and what’s important is it is delicious and totally approved by my Spanish mother-in-law! 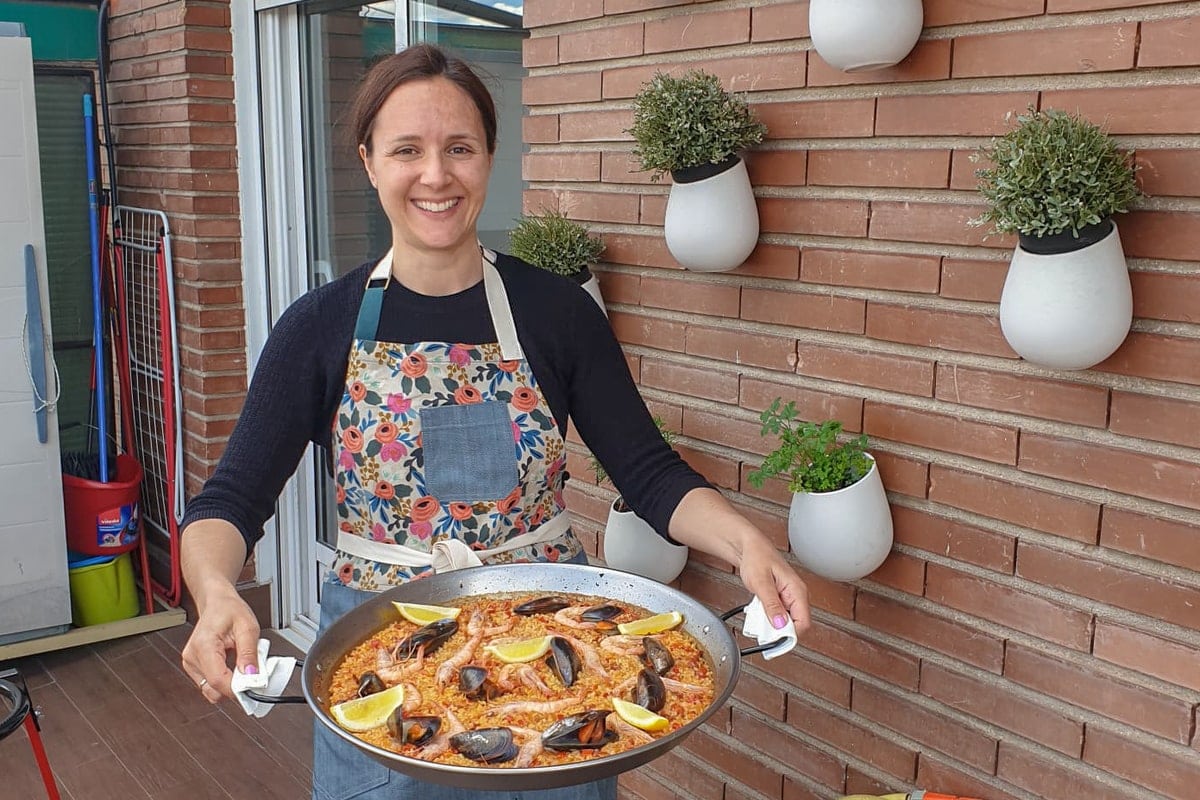 Lauren made a seafood and chorizo paella with her mother-in-law, Antonia

Don’t shoot the messenger (or the recipe maker!).

This prawn and chorizo paella recipe is absolutely delicious, but it’s not very traditional.

Ask a Spaniard how much chorizo to put in paella and they might narrow their eyes, pin you with an icy stare, and slam the door in your face. The truth is: chorizo never goes into a paella in Spain! Rabbit, chicken, snails, eel, crab… they’re all fine, but chorizo? Never.

That being said, I do it anyway!

Why do I add chorizo to my paella recipe?

Second, why not add it? Sure, it might not be the traditional recipe. But the history of paella isn’t that old, and there have been plenty of changes made in the last 200 years.

The old-school paella includes rabbit and eel, but I don’t see people up in arms when they don’t get a plate of rice with a dollop of eel meat on top. 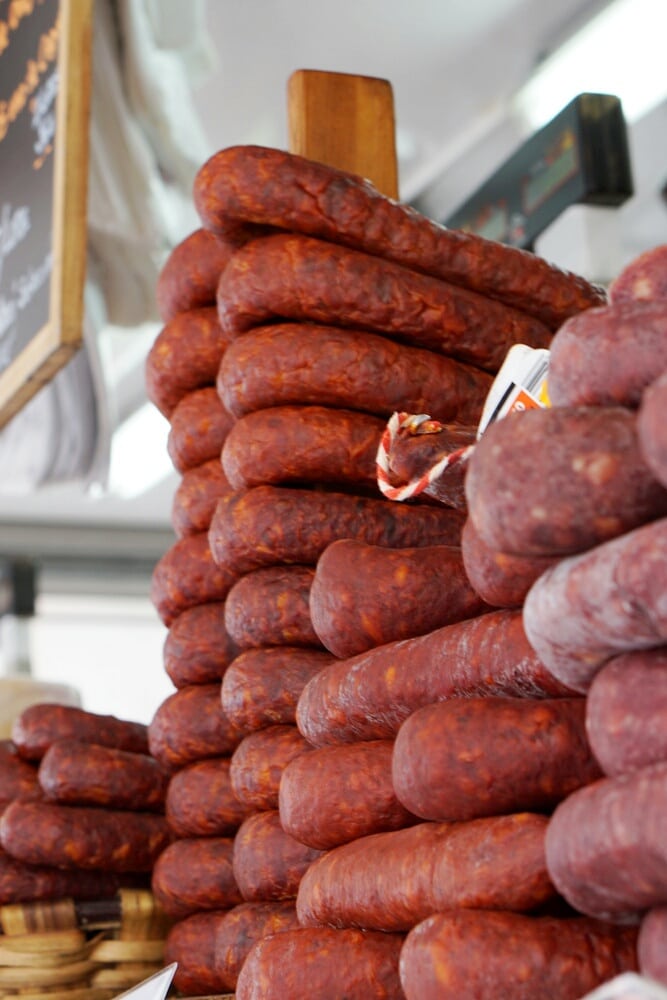 Plus, tomatoes and potatoes only came to Spain in the 16th century, and I for one can’t picture Spanish cuisine without them! Spanish cuisine is constantly changing, and that’s what I love about it.

To make the best paella possible, you should invest in a good paella pan. (It’s also called a paella). It’ll let you spread the rice out into a thin layer to help it cook evenly and get crispy. But if you don’t have one, don’t worry. Just use the widest and flattest saute pan you have.

In terms of rice, paella is traditionally made with a short Spanish grain called bomba. It’s the perfect rice for this dish, so I’d encourage you to seek it out.

You’ll also want to get semi-cured chorizo. It needs to be cooked before serving (it’s still a bit raw), and goes into the paella at the start of the recipe to add flavor and get crispy.

Next, get saffron. Yes, it’s worth more per gram than gold. But that aroma is magical, and the color it gives the dish is just beautiful!

Otherwise, this recipe is pretty flexible. You can replace the prawns with any bit of seafood or protein that you have on hand (chicken is great, too). Enjoy!

*If you are located in the US you can find most of the above from the online shop La Tienda. 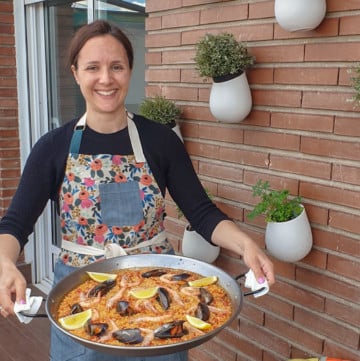 * If you can't find bomba rice, you can use another short-grain, starchy rice like Arborio.
Did you make this recipe?Tag @spanishsabores on IG and hashtag it #spanishsabores!

Thanks for checking out my prawn and chorizo paella recipe! You can see Lauren’s similar recipes, like this great traditional paella. Let me know how you liked this recipe in the comments below!