Is there anything more Spanish than la tortilla española?

I’m really sure not sure that there is. When made right, a Spanish omelet is the definition of traditional Spanish cuisine: simple to make, clean flavors, and the best ingredients. This is the formula for the greatest Spanish recipes.

I waited three years to make a tortilla of my own.

Why so long? Well, to be perfectly honest, the Spanish omelet intimidates me. It can be so incredibly good– and also terribly, horribly bad. I’ve had my fair share of both ends of the spectrum, and wanted my first tortilla to be a well thought out event.

Was it? Of course not! The first time I finally got the nerve to make a tortilla española of my own it was a split second decision, followed by an hour in the kitchen and a resulting tasty, though partially burnt, tortilla concoction. It wasn’t an all out failure, but it was far from the Spanish omelet of my dreams!

But with time and patience, I learned the tricks and perfected the ever so intimidating Spanish omelet recipe. This is my version, with onions (a controversial ingredient among Spaniards) and left quite runny in the middle (you are free to cook it longer). It is delicious, easy to make (at least once you get the hang of it!) and makes the ideal Spanish tapa for a dinner or cocktail party. It is also incredible when placed into a warm baguette and eaten as a tortilla sandwich— it is actually the sandwich of choice among Spanish school children and a popular afternoon snack.

So without further chit chat, here is the best recipe for an authentic Spanish omelet– I hope you enjoy it! 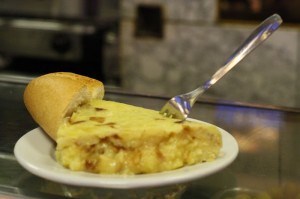 Print
Prep time
1 hour
Cook time
10 mins
Total time
1 hour 10 mins
The best Spanish omelet recipe will have you creating creamy and delicious tortilla española in no time!
Author: Lauren Aloise
Recipe type: Breakfast
Cuisine: Spanish
Serves: 4
Ingredients
Instructions
3.5.3251
So that is it! My tips are to cook the Spanish omelet at a low heat (that way it won’t burn) and experiment the first few times with different cook times until you get it right. Also, I prefer to slice the potatoes thin so that they do break apart, and I prefer to caramelize the onions quite a bit… yum!

Lastly *super tip*– it is easier to make mini tortillas in the tiny single egg frying pans they sell. Mine come out perfect every time!

Let me know if you try making this authentic Spanish tortilla— I’m curious to see how it goes for others!

What do you think– are the best Spanish omelets are made with onions or not? Caramelized? Runny in the middle or cooked through? 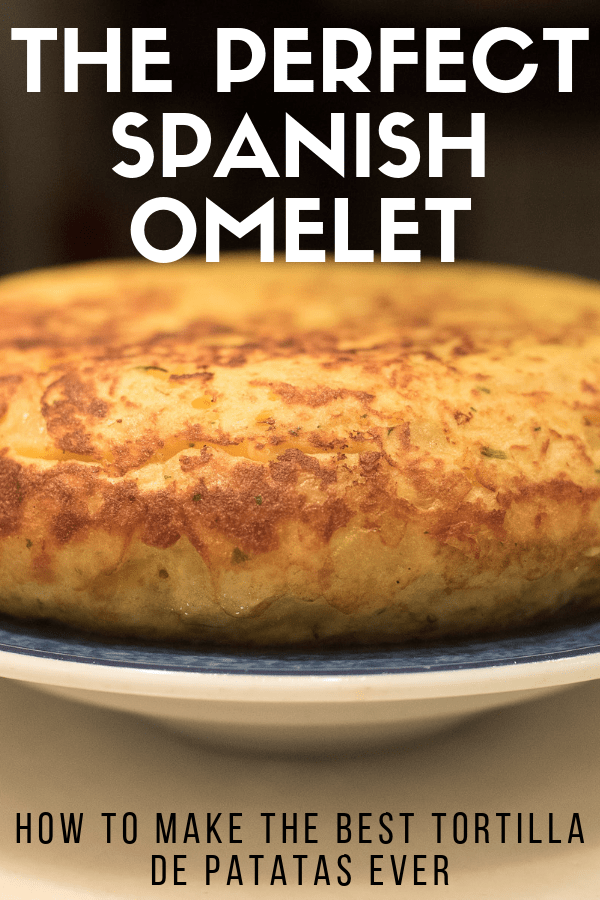