Today Melanie shares a recipe for a Spanish favorite, mantecados. These traditional shortbread cookies are popular around the holidays, but delicious all year round!

Mantecados are one of Spain’s favorite sweet treats. They are super simple to make and a tasty crowd pleaser for any occasion. Mantecados are typically enjoyed during the winter and at Christmastime in Spain, but that doesn’t mean they can’t make an appearance year-round!

Mantecados are small shortbread sugar cookies that require just a few ingredients and very little time to prepare. The name mantecados comes from the Spanish word manteca, which means fat or lard. Here I’ve translated this ingredient to mean vegetable shortening, which helps provide the proper texture and consistency for the otherwise crumbly shortbread cookie. In Spain, pork fat is used (manteca de cerdo), which is an option if you have it available.

Spain’s rich history related to mantecados includes hundreds of years of cookie preparation using the fat or lard from pigs near the city of Estepa. Estepa, located near Seville in Southern Spain, is known as the “city of mantecados” (la ciudad del mantecado). Near the end of the nineteenth century, the cookies were prepared by drying them out to help maintain their qualities for consumption. This preparation technique helped market the cookies more widely beyond Estepa and into other cities in Southern Spain.

See the mantecados recipe below to give them a try yourself! 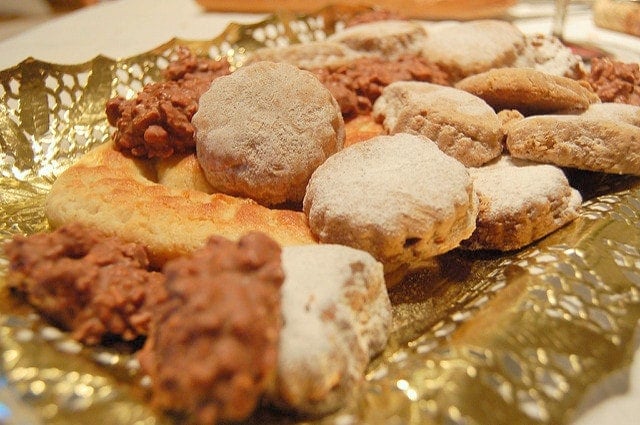 Have you ever tried Spanish mantecados? What is your favorite Spanish treat?