Today David shares his recipe for one of the easiest and most delicious Spanish desserts. Homemade flan is well worth making, I hope you’ll try it!

To this day it was the best flan I’ve ever tried! The flavor of vanilla and toffee-like caramel was delicious, and the texture was so silky smooth  I thought it would melt on my tongue. Ever since that flan, I’ve been trying to recreate it at home.

This recipe is as close to the real thing as I’ve ever got! It’s super simple (just four ingredients), and effortlessly delicious. The technique isn’t too hard, but it does take concentration and good timing to work with the sugar syrup before it hardens too much. But trust me, the final result is worth the extra focus. 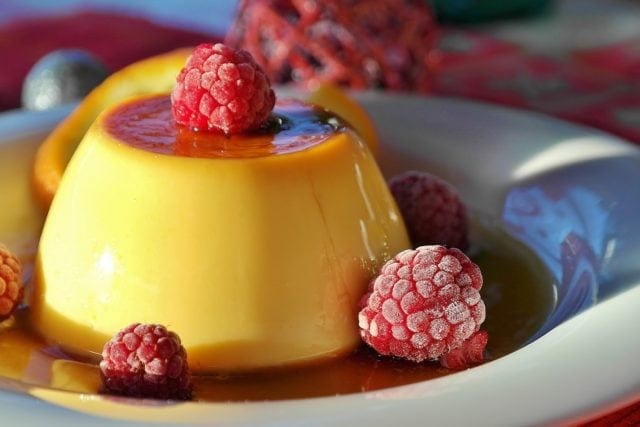 Print
Prep time
25 mins
Cook time
1 hour
Total time
1 hour 25 mins
This classic Spanish flan recipe is so simple it's almost criminal. Just 4 ingredients and a handful of steps will get you a silky smooth flan with a devilishly gooey caramel.
Author: David Pope
Recipe type: Dessert
Cuisine: Spanish
Serves: 6
Ingredients
Instructions
3.5.3251
Have you tried my authentic Spanish flan recipe? Let me know how it turned out in the comments below! And if you want to try a different Spanish dessert, check out this recipe for Gateau Basque from the Pais Vasco.