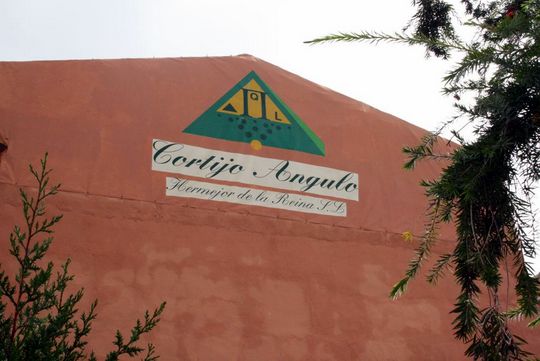 Piramides de la Reina: The Realization of a Dream

We left Baeza on a rainy morning, and slowly made our way to Villanueva de la Reina for a tour of Cortijo Ángulo, a well known organic olive oil factory surrounded by the beautiful Sierra Morena Natural Park in Jaén. As we arrived, something special happened– it stopped raining and cleared up for the first time that weekend. As I first laid eyes upon the cortijo, I realized we were in no ordinary place. Inspired by Egyptian pyramids, Hermenegildo Romero built his almazara (olive oil factory) as he saw fit. Complete with pyramids, an underground bodega, and a swimming pool that doubles as a cooling system, it is one of the most incredible food factories I’ve ever had the pleasure of visiting. 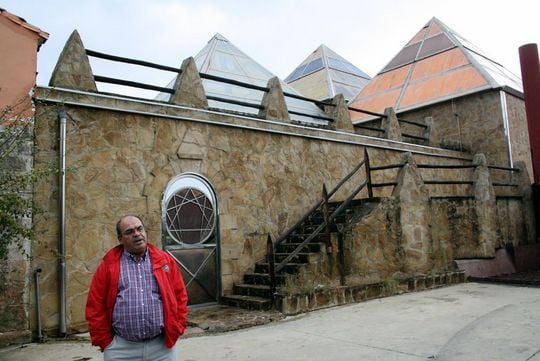 We started our visit by marveling the spectacular views from the cortijo. Olive tree after olive tree line the horizon, and to say that the place is peaceful is an understatement. As we entered for our tour, I still hadn’t realized we were in such a bizarre place, especially when compared to the traditional olive oil factories we had already seen. As we began to look around, we saw that this factory was about much more than function– beauty and creativity were huge factors in every decision at Cortijo Angulo. 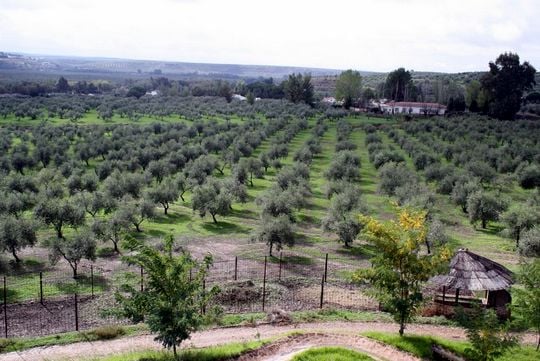 Our tour began with a look at the vats, which have a very peculiar shape, revived from the times of the Phoenicians. Their history was the beginning of a recurring theme during our visit– the beauty of combining the best of old traditions with the latest in technology. 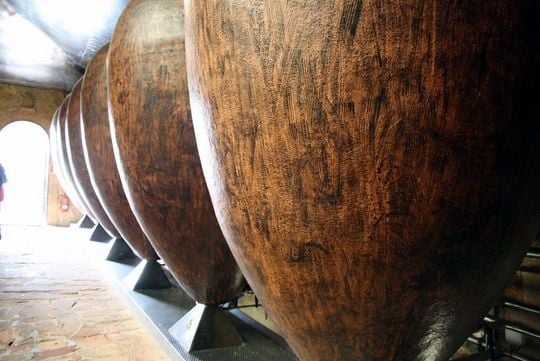 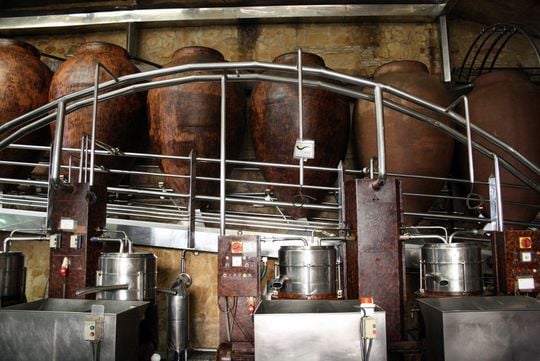 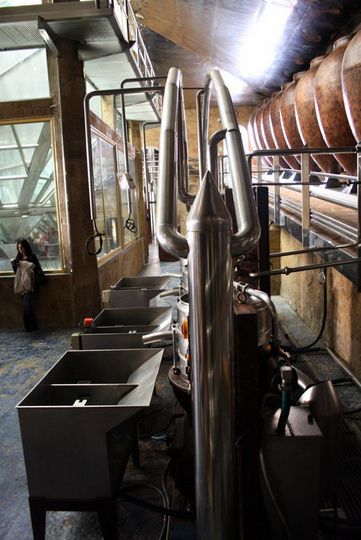 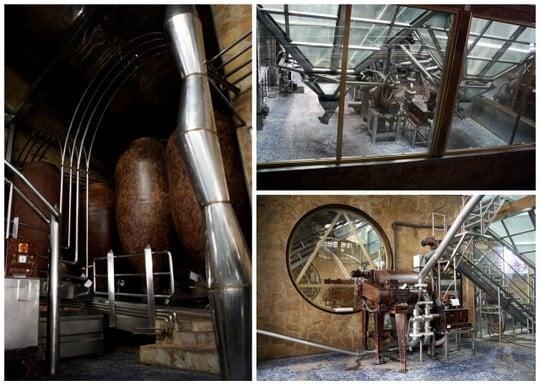 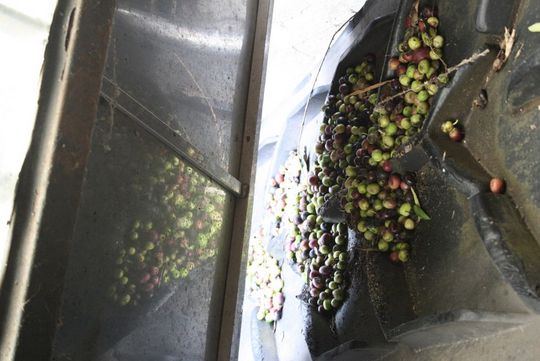 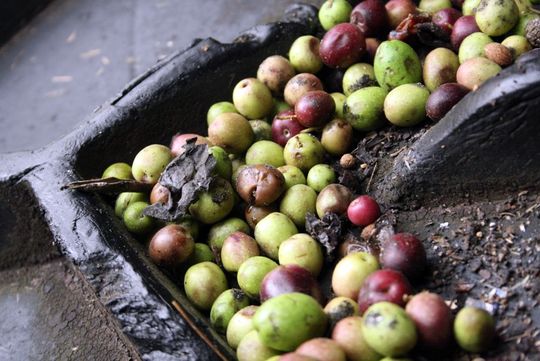 As if the gorgeous vats and old machinery weren’t special enough, we soon headed underground to the bodega (for olive oil). I felt like we were in a matrix type of setting, the huge vats and metal bars criss-crossing throughout the dark space. We learned that the bodega could hold up to one million kilos of oil, all of which would be protected by Jaén’s hot summers because the bodega sits below an artificial lake. We quickly realized that we were walking around under the pool we’d seen earlier! 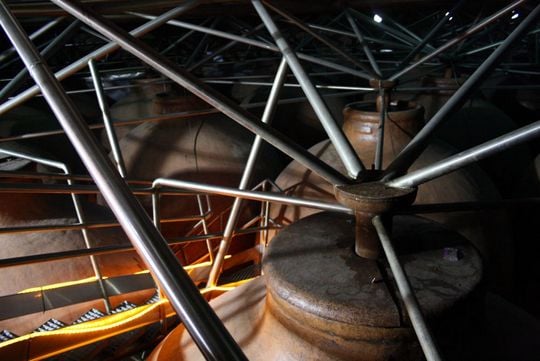 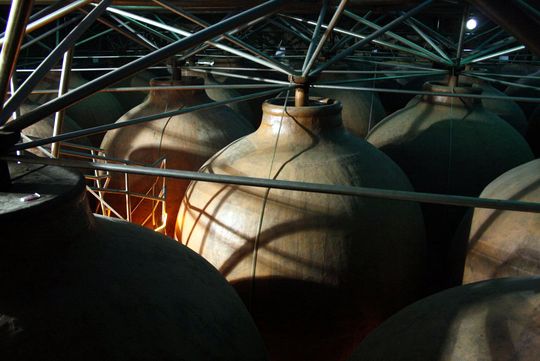 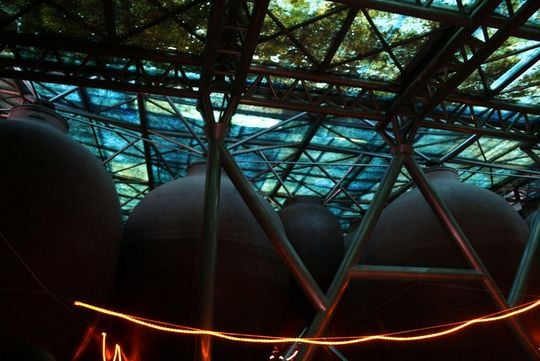 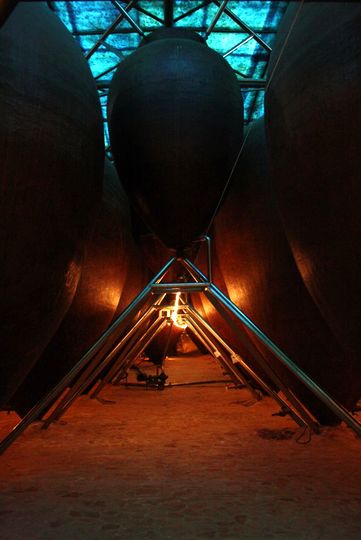 As we made our way back outside for one last look before departing for lunch, I reflected for a moment. I was staring at someone’s dream– a life long goal fulfilled. My mind wandered back to my visit to Salvador Dalí’s house in Costa Brava, because both places seemed so personal, an intimate glimpse at much more than a business. Truly inspired, I only hope to be able to combine the same type of passion and business sense in my own future.

I believe the Cortijo Ángulo (also called Piramides de la Reina and Hermejor de la Reina) accepts visitors. I would call to make sure, but if you get the chance to look around, it is well worth the trip. 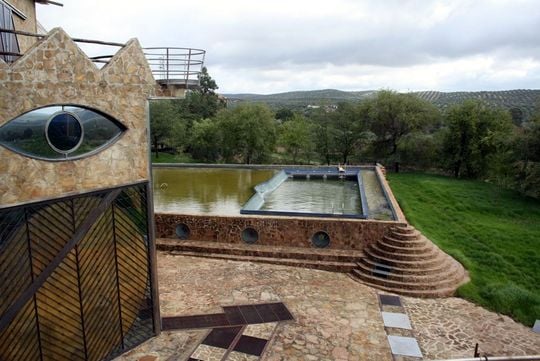 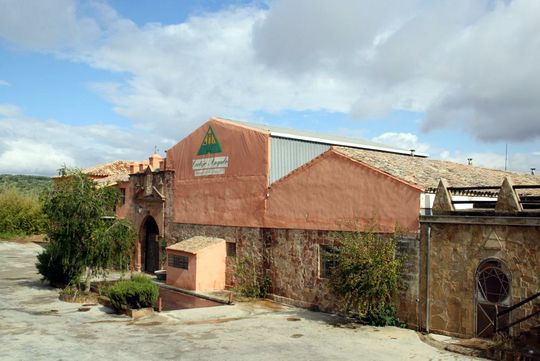 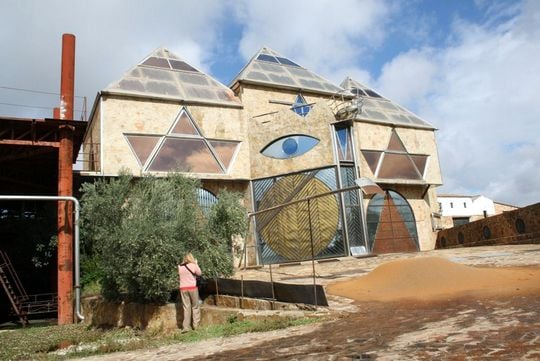 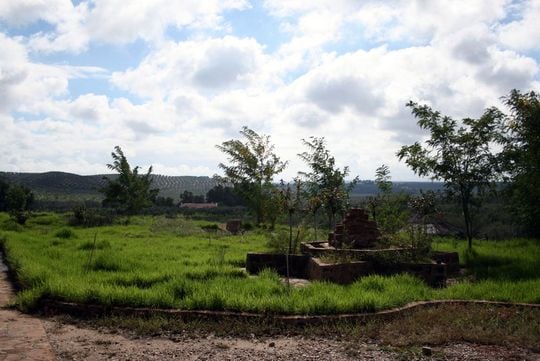 My visit to Jaén was made possible by the Diputación de Jaén. I promise I’ll have more Jaén articles up soon, complete with information about what oils to buy and where to buy them!