Most travelers see layovers as a necessary annoyance while getting from one place to another, but they can actually be a way to relax and have some fun. If it’s long enough, a layover in Malaga is a great opportunity to get a quick feel for the city. And even if your layover is short, there’s still enough to do inside the airport that you won’t get bored. Here’s how to make the most of your layover in Malaga, no matter how much time you’ve got to spare.

How to Make the Most of Your Layover in Malaga: Inside the Airport

If you’re short on time, no worries. Malaga’s airport is the busiest in Andalusia and the fourth busiest in Spain, so there are plenty of accommodations for the 16 million passengers that pass through each year.

Grab a bite to eat or a quick drink at one of the airport’s many bars and restaurants. Choices range from Starbucks and Burger King for those who want a taste of home, to tapas and other traditional Spanish food.

Malaga’s airport offers so much more than the typical duty-free airport shops. Brands such as Victoria’s Secret, GAP, and Sunglass Hut are among the many fashion choices available. You’ll almost feel like you’re at the mall!

Located near the present Terminal 3, the museum was the airport’s original terminal from 1948 until 1968. Today, it’s an interesting opportunity to learn more about the history of air travel in Malaga.

How to Make the Most of Your Layover in Malaga: In the City

Got some more time to spare on your layover in Malaga? Luckily, the lively city center is only 12 minutes from the airport on the Cercanías train. You can see and do quite a bit in a short amount of time.

4. Visit the Alcazaba and the Roman Theater

The Alcazaba fortress is the best-preserved Moorish fortress palace in Spain, where you can climb up to the top and enjoy the breathtaking views of the city and the Mediterranean Sea. The Roman Theater near the entrance to the Alcazaba, built in the first century B.C.E., is also an amazing historic treasure worth checking out.

5. Get to know Malaga’s favorite son at the Picasso Museum

Malagueños are proud of the fact that their city is the birthplace of Pablo Picasso. The Picasso Museum is an enjoyable way to spend a few hours of your layover in Malaga, and even those who don’t know much about art are sure to appreciate the work of one of Spain’s most famous artists.
Address: Calle San Agustín, 8

Also known as la manqueta (“one-armed”) due to the fact that it only has one tower, Malaga’s unique cathedral is a must. The second tower was supposedly never built due to lack of funds in the 19th century. Its unique design make it a must-see sight on a layover in Malaga.

7. Take a relaxing stroll through the historic center

As you walk, take some time to enjoy a drink or lunch on one of Malaga’s many charming terraces. Plaza de la Merced has many great restaurants, and you can even see the house where Picasso was born at the northern corner of the square.

Move Around: Guide to Getting Around Malaga 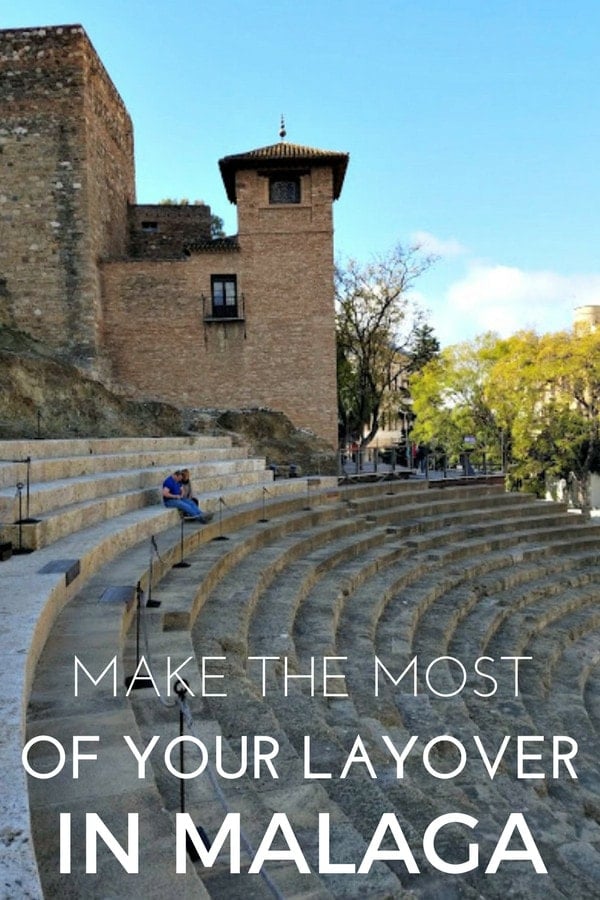