Nothing is worse than arriving at a popular attraction only to end up disappointed that it didn’t live up to your expectations, but luckily, the chances of that happening in Malaga are slim to none—many of the city’s main sights are popular for a reason. These six Malaga tourist attractions are at the top of many travelers’ lists. Each one has left its own unique mark on the city’s history and has become an integral part of the local landscape.

6 Malaga Tourist Attractions That Are Worth the Hype

The city’s cathedral is undoubtedly one of the most unique in Spain! Constructed between 1528 and 1782, it features a unique blend of Renaissance and Baroque styles, making it absolutely stunning both inside and out, and the five euro entrance fee won’t set you back much. Don’t forget to enjoy the beautiful gardens on the outside of the cathedral for free, either.

Fun fact: The cathedral features just one tower which stands at 84 meters high. The funds that had been allocated for the construction of the second tower were donated to the American fight for independence in the 18th century. Because of this, locals affectionately refer to the asymmetrical cathedral as la manqueta, or “the one-armed woman.”

This ancient theater is one of the coolest Malaga tourist attractions, and it’s completely free to visit! It dates back to the first century C.E. and was in use for more than 200 years. After the Moorish period, it fell into disuse and was forgotten about until 1951, when the ruins were rediscovered. This remarkably-preserved structure offers a fascinating glimpse into Malaga’s rich history.

Insider’s Tip: Make a day of it and buy a combined ticket to visit both the Alcazaba and Gibralfaro Castle (more on that in a bit). If you only have time for the Alcazaba, a general entry ticket costs just €2.30.

Gibralfaro Castle sits on a hillside overlooking the entire city and nearby coastal area. It’s the Alcazaba’s sister site and one of the most spectacular Malaga tourist attractions. Constructed during Moorish rule, the castle fell under control of the Catholic monarchs in 1487 after a three-month siege that ended only when the inhabitants ran out of food. Today, it’s home to remarkable history and picture-perfect views of the city.

Get in a workout by walking up the hill to the castle (the mirador, or viewpoint, halfway up the hill is a good spot to take a break). If you’ve already walked enough for one day, you can also get to the top by taxi or bus.

Arguably the most prolific painter of the 20th century, Pablo Picasso has certainly left his mark on his hometown. It’s no question why sites dedicated to him and his work have earned a place on our list of must-see Malaga tourist attractions. Step back in time at the quaint house where he was born (Plaza de la Merced, 15) and take a look at the life of the Picasso family in the late nineteenth century. Don’t forget to say hola to his statue in the plaza and rub his head for good luck. Malagueños believe that by doing this, the late painter’s spirit will give you creativity.

When you’re done, head around the corner to the Picasso Museum (Calle San Agustín, 8) to see an impressive collection of some of his best works. The price of the entrance fee includes an audio guide, which is available in nine languages.

Originally used as a shipyard during Moorish rule in the fourteenth century, the stunning Atarazanas Market is a must for foodies, architecture aficionados and history buffs alike. The colorful stalls are overflowing with fresh, local products. Immerse yourself in the local culture and pick up some delicious produce, seafood or olive oil, then take a seat at one of the market’s bars for an ice-cold beer and a tapa. 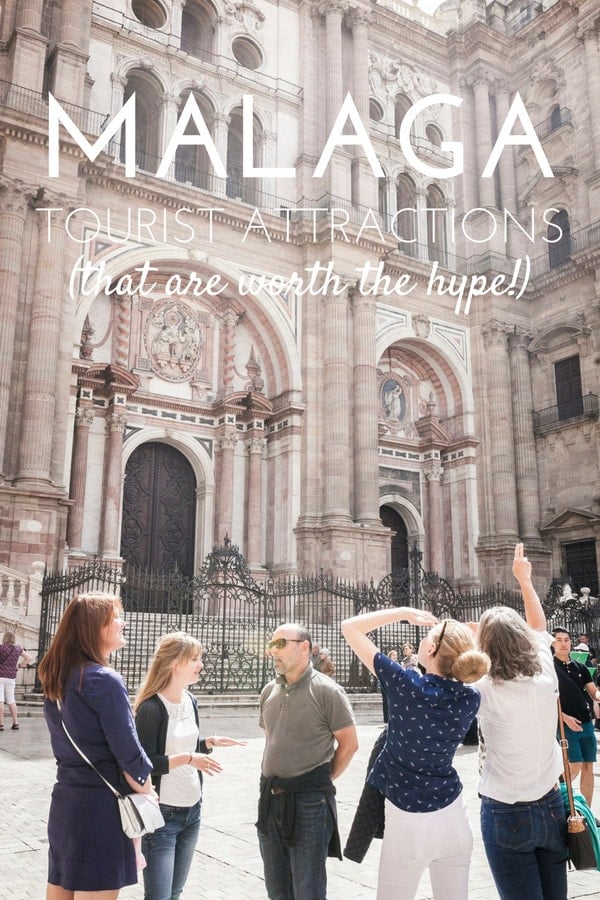