Granada, Spain’s Moorish jewel, has been a melting pot of gastronomic influences throughout the years. It’s the perfect place to taste history!

Granada was the longest-lasting Muslim territory on the Iberian Peninsula. While Christian troops reconquered other territories starting around the year 720, Granada remained under Moorish rule until 1492—more than 800 years in total! Needless to say, you can still find evidence of this heritage today. It’s not only in the language and architecture of the city, but also in the gastronomy. Arabic influences strike a surprising balance with native traditions. You’ll notice this balance in the typical food in Granada. Read on to learn more about it! 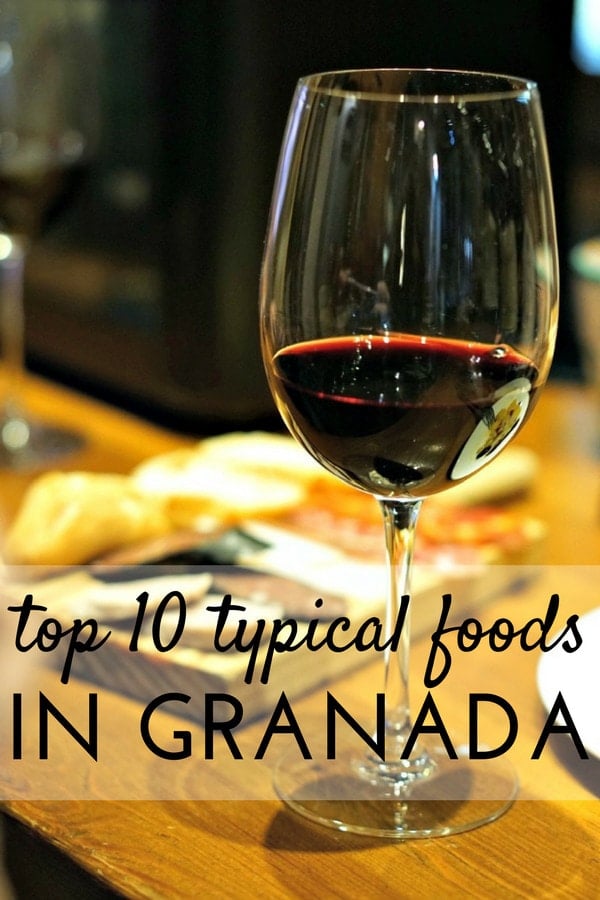 Back in the times of the Spanish Inquisition, showing that you embraced Christianity was crucial. And the easiest way to prove it was… by eating pork! As eating pork is not a part of Islam or Judaism, the ingredient started to spring up in Spanish dishes, including this one of beans with cured ham. On the other hand, Muslims introduced the beans in the 8th century. As you can see, this plate is the perfect example to prove the undeniable connection between both cultures that’s present in the typical food in Granada.

This typical food in Granada comes from the mountain villages of Las Alpujarras and it is one of the dishes that the locals love the most. It usually contains potatoes, fried eggs, cured ham, blood sausage (morcilla), sweet peppers and chorizo. It’s quite simple and cheap to make and—believe us—the combination is unbeatable.

Sacromonte, or “sacred mountain,” is the Roma quarter of Granada. This is the perfect place to enjoy a flamenco show in the unique caverns or zambras, and also the best location to give this special omelette a try. It contains mutton brains, nuts and sometimes Serrano ham or chorizo. This dish has traditionally been a gift from the Roma community to all those who climb up the Sacromonte hill on Saint Caecilius’s day to honor their patron saint. This tradition is still preserved today.

Again, Granada owes Muslim culture for their most typical summer dish: remojón. It’s a refreshing salad made of oranges, spring onion, olives, hard boiled egg and codfish. This typical food in Granada is a colourful dish that also became popular in the neighboring provinces of Málaga, Almería and Jaén. That’s why they added “granaíno” to the name of the recipe—so that the copyright would never be forgotten!

More than just a dish, the Olla de San Antón is a tradition in and of itself. The traditional pig slaughter takes place at the beginning of each year, around the time of the celebration of Saint Anthony’s day. This typical food in Granada traces its origins to the Spanish Civil War. During this time, the locals set out not to waste even a single piece of the pork left over after the preparation of sausages. To that end they improvised a stew with beans, rice and all the leftovers from the slaughter, including the tail, the spine and more. During the first weeks of February, traditional restaurants in Granada will serve “Olla de San Antón” until they run out of ingredients!

Talk about recycling! This dessert, like the Olla de San Antón, also originated when people wanted to make the most of their leftovers. In this case, the ingredients left over were mantecados, typical Christmas sweets. Mantecados contain almonds, sugar, olive oil and cinnamon, and they are so tasty that the locals reinvented them, creating a delicious cake. This typical food in Granada is served in typical Fajalauza ceramic bowls from Granada. Yummy and attractive, wouldn’t you say?

Originally from the historical village of Santa Fé, piononos were created to honor Pope Pius IX, whose name in Italian is Pio Nono, Pio the Ninth. A juicy sponge cake with toasted cream on top—this typical food in Granada is a little piece of heaven that’s famous across the country. Don’t miss the chance to taste them yourself on a food tour with us!

National Geographic recently awarded the village of Montefrío with the title of “one of the villages with the best panoramic views in the world.” But this natural enclave has been popular among Granadinos for a long time, due to its award-winning goat cheese. Definitely a must in the bucket list of typical food in Granada!

If we are ever asked to recommend just one product from Granada, we don’t think twice: Jamón de Trevélez. This ham is cured and salted in Trevélez, one of the aforementioned Alpujarras villages. It is so good that it was chosen as the private ham brand of the Spanish royal family! This village is located more than 1,400 meters above sea level. The air that helps the curing process of the meat and the unique weather conditions are the ingredients that make this jamón second-to-none. Spend a few days in the city and you’ll notice that it’s present in a majority of the typical food in Granada!

This traditional bread, considered one of the best in Spain, can also be related to Granada’s Muslim legacy. The hornos morunos, or Moorish ovens, where the bread is baked give it a special smoked flavour that the locals adore. A slice of toasted pan de Alfacar with a little bit of olive oil is the king of breakfasts in Granada.

If you are lucky enough to visit Granada while in Spain and you want to experience its charm through its delicious gastronomy with our expert guides, don’t hesitate to join us on our enlightening food tours. Become an expert in Spanish cuisine and history at the same time!