One of my favorite Spanish sweets, these honey-soaked pestiños are worth a try. David shows us how with this simple Spanish recipe.

Easter in Seville means many things. It means parades, crowds, the smell of incense in the streets and orange blossoms above your head. But most of all, it means that pestiño season is here!

These honey-glazed fritters are one of my favorite springtime snacks, full of the aromas of Easter: orange blossom, anise, and toasted sugar. They’re a staple Andalusian recipe, and like many traditional foods from southern Spain, have their roots in Moorish cuisine. Those spiced, blossomy flavors are so reminiscent of the Middle East! If you ever try a Moroccan ‘chebakia‘, I challenge you to not notice the similarities.

If you’re in Seville during Semana Santa, you’ll be able to pick up some tasty pestiños from one of the city’s convents. But what about when you leave?! Luckily, I’ve got a super easy and authentic recipe so you can make your own pestiños at home!

Like most of the best Spanish recipes, pestiños are pretty simple to prepare! Thin strips of dough are flavored with ground spices or liqueurs of orange blossom and anise, and then flash-fried to crispy perfection. Drizzle them with honey and sprinkle them with sugar and you have one tasty treat! 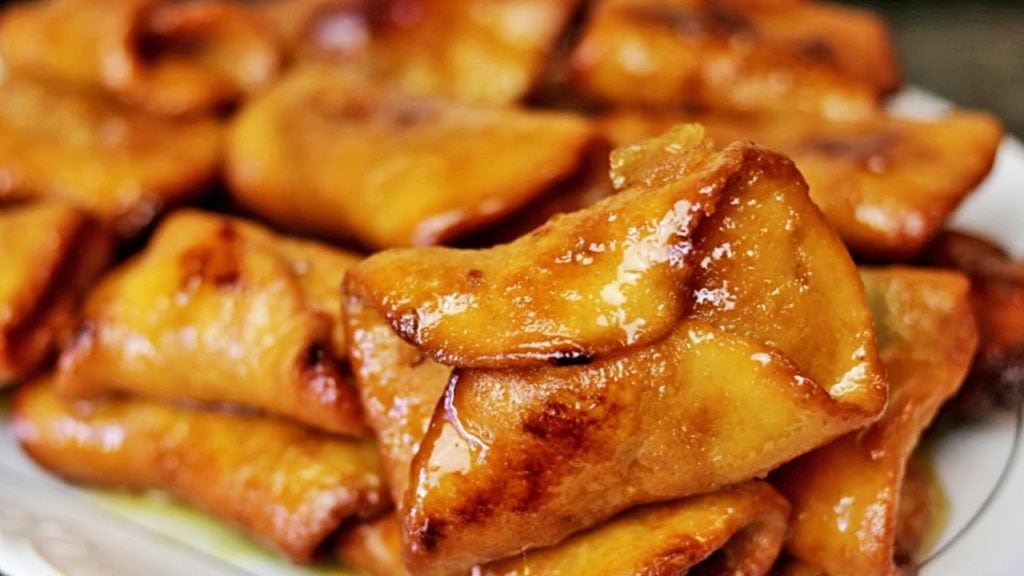