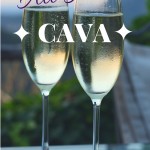 From weddings to birthdays to New Year’s Eve and everything in between, each year brings plenty of opportunities to break out the bubbly. And in Spain, that bubbly is almost always cava.

But exactly what is cava, anyway?

Though some may have turned up their noses at this wine in the past, dismissing it as little more than a cheap version of Champagne, this Spanish sparkler is starting to gain the recognition it deserves. It’s one of the most diverse Spanish wines out there, perfect for toasting on the most special of occasions as well as for a casual breakfast drink.

Before we dive into what cava is, let’s talk about what the word “cava” actually means.

It’s a bit simpler than you may expect. “Cava” is just a Catalan word for “cave” or “cellar.” And while it may not sound fancy, this Spanish sparkling wine has become the go-to drink for celebrations across Spain and around the world.

Cava is Spain’s best-known sparkling wine, produced mainly in the region of Catalonia. That said, it’s one of the few Spanish wines with denomination of origin (DO) status that isn’t tied to one particular region. It’s also an incredibly diverse wine, available in a wide range of aging classifications and sweetness levels.

Spain has a long history of winemaking, but cava is a relative newcomer to the viticultural scene. Winemakers in Spain’s northeastern Mediterranean region of Catalonia only began making it around 200 years ago after the invention of corks allowed for bottles to safely contain the bubbles inside.

Spain’s sparkling wine industry exploded in the late 1800s after the root-destroying plague phylloxera destroyed much of France’s Champagne-making capabilities. In the 150 years since, cava has never looked back. Spain produced nearly 250 million bottles of cava in 2018!

Cava’s production process is the same as that of Champagne—the world-famous Champagne method. We’ll get into the specifics of that in just a bit. First, let’s learn what actually sets the two apart.

There are two main differences between the two: where it is made (Champagne must be made in the Champagne region of France; cava must be made in specific areas of Spain) and which grapes are used.

Champagne uses the pinot noir, meunier, and chardonnay grape varieties, whereas grapes native to Catalonia are predominant in cava—namely macabeo, xarel·lo and parellada. All three of the latter are white grapes and taste brightly lemony, robustly floral, and tartly citrusy, respectively. The chardonnay grape is also common, although it is not native to Spain.

Rosé cavas, which are pink in color, are not nearly as popular as their white counterparts but are still widely produced in Spain. These often use pinot noir, garnacha or monastrell grapes.

These subtle differences result in wines that are quite different, despite the rest of the production method being the same. In addition to the distinctive flavors that the grapes impart, the climate and terrain in most cava regions in Spain is quite different than that of France’s Champagne region. The result: a lighter, smoother, and less acidic wine than its more famous French counterpart.

How Cava Is Made

Cava starts out like most Spanish wines: in giant stainless steel vats full of freshly-squeezed grape juice. Each type of mosto, or grape juice, undergoes one fermentation in these large vats, where natural sugars convert into alcohol.

After this initial fermentation, the wine is strategically mixed, with each winemaker creating their specific blend. They then bottle the mixed wine and cap it with a bottle cap, much like those found on beer bottles.

Winemakers add just the right amount of sugar and yeast into the bottle depending on how long they plan to age it. The wine then undergoes a second fermentation inside the bottle. This is where the bubbles come in.

After at least nine months of bubble making, the yeast’s job is finished. Winemakers very carefully remove the yeast, add in more sugars (except in the brut nature variety, which contains no added sugars), pop in a cork, and the wine is ready!

Interestingly enough, cava (unlike still wine) is best right after corking. These are not usually wines you want to cellar for long periods of time!

Cava is classified in two ways: by how much sugar it contains and by how long it has aged. As a general rule, pair the sweeter ones with sweeter food (like desserts) or spicy food (the cool sweetness calms the burn!).

When to Drink Spanish Sparkling Wine

As you probably already guessed, sparkling wine is an essential part of holidays and celebrations here in Spain.

Cava is as essential to the winter holidays in Spain as cookies are to Christmas in the US. It makes an appearance at each of the season’s big family meals (there are at least five in Spain between Christmas Eve and Three Kings Day—even more in some regions!).

You’ll usually find cava at the end of Spain’s long festive meals, used for a final toast to accompany Christmas sweets like turrón (almond nougat bars) or polverones (powdery almond cookies). After Spaniards scarf down their 12 lucky grapes at midnight on New Years Eve, cava is usually the first drink of the new year.

In addition to the Christmas holidays, cava is also a must at weddings and even some birthday celebrations. But you don’t need to wait for a special occasion to roll around to enjoy it!

Contrary to what you may think, cava is one of the most unfussy, unpretentious sparkling wines out there. Its excellent quality to price ratio makes it perfect to enjoy whenever. In fact, in Catalonia, it’s not uncommon to find locals drinking a glass or two along with breakfast!

Last but not least, in addition to being delicious on its own, cava makes an excellent addition to cocktails or mixed drinks. Give this cava sangria recipe a try for a festive twist on Spain’s classic wine cocktail!

Is cava the same as prosecco?

While they are both sparkling wines, cava and prosecco are very different! In addition to their different regions (cava is made in Spain; prosecco is made in Italy), the wines differ in their production methods as well. While the second fermentation for cava occurs in the bottle, prosecco’s happens in a large tank prior to bottling.

Is cava wine or Champagne?

Cava is a sparkling wine from Spain. It is made following the world-famous Champagne method; however, it cannot officially be called Champagne because it is produced outside of the Champagne region in France. The different regions for cava and Champagne result in wines that taste quite unique despite following the same production method.

Is cava dry or sweet?

It depends which one you buy! There are seven different sweetness levels of cava, depending on how much extra sugar is added. Brut nature, extra brut, and brut cavas are the driest, and dulce, semi-seco, and seco cavas are the sweetest. Semi-seco cava falls in the middle of the spectrum.

How do you drink cava?

Cava is best when served chilled at a temperature of 42–46 degrees Fahrenheit (6–8 degrees Celsius) for jovens, and 46–50 degrees Fahrenheit (8–10 degrees Celsius) for reserva and gran reserva cavas. A flute-style glass is usually the most ideal choice; however, if you’re enjoying cava as part of an in-depth tasting experience, a glass with a wider body is a better option to allow you to experience all of the aromas and tasting notes.

How much alcohol does cava have?

Update Notice: This post was originally published on December 23, 2015 and was updated with new text and photos on July 30, 2021.