Expats often have the fun task of explaining very complicated things about their home country to people with very little knowledge (and often a lot of prejudice) about the subject. This is an article I’ve written for my new website, Recetas Americanas, a site where I try my best to show the Spanish speaking world what I truly consider American food to be. I haven’t published it there yet– I’ve been lazy to translate and to bother Ale with the edits. I figured I would post it here first and ask for your feedback. Thanks in advance! -Lauren 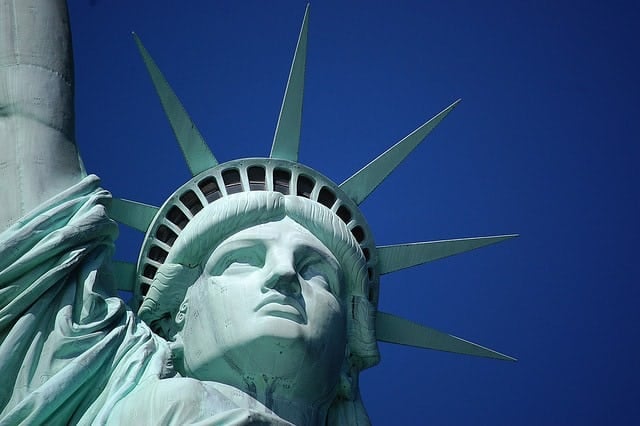 What is American Cuisine?

As an American, you would think it would be easy to answer this question. In reality, however, American cuisine is quite complex. Unfortunately, as an English teacher in Spain I realize that American food has a bad reputation. Students argue that American food is nothing more than fast food and they are often under the impression that all Americans are fat—except (magically) those that they actually know! It’s a shame that my students are so ignorant, but I can understand why.

I haven’t eaten in a McDonalds since I was a child. I have never tried the popular Taco Bell and I’d rather eat a can of tuna before ordering Domino’s pizza. And I’m not the exception! My friends and family rarely (if ever) eat fast food. 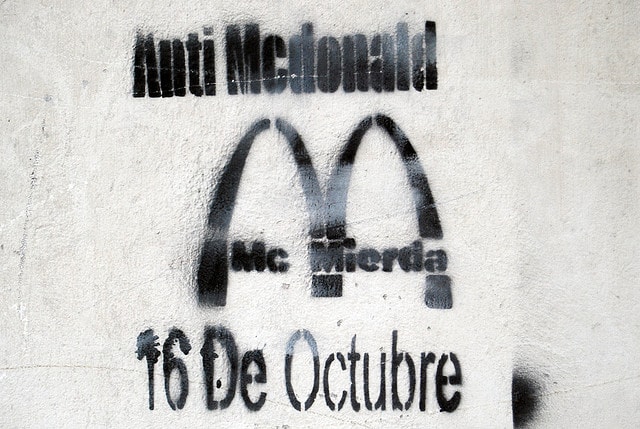 So, what is American food then?

Well, to answer that question we have to consider some important factors.

The Culinary History of the US

Let’s start with some history. Before Europeans colonized the US it was inhabited by thousands of groups of indigenous Americans. Their eating habits were influenced by their geographical location and the variety of foods available there. For example, the food and animals found in the American northeast are extremely different from those available in the southwest. Common foods to many areas were corn, beans, squash, fish, meat, fruit and nuts.

In the 1500’s and 1600’s colonization began with the earliest British colonies. The colonists tried to cook similar dishes to what they had been used to back home, but they found that they often had to adapt their dishes to available ingredients. Corn became an important staple in the northeastern colonies since wheat was difficult to grow.

As the US grew colony-by-colony, settlers continued to adapt to the land. They learned what crops they could grow and were introduced to new produce and animals. Common animals to hunt at the time were deer, bears, and wild turkey. 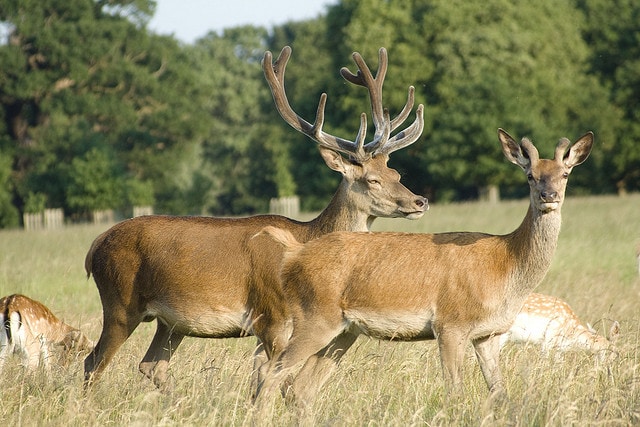 Immigrants began affecting American cuisine early on. Although most of the first colonists were British, the current US also saw Dutch, French, and Spanish colonies too Although these colonies were not successful long term, many of these settlers and their culinary traditions remained to influence American cuisine for generations.

As slavery proliferated in the US so did the food and cooking techniques of different African cultures. Some African slaves had brought seeds with them, which they planted in their US plantations. They also popularized the barbecue cooking technique and made many “poor man’s” dishes with undesirable greens and vegetables as well as animal parts like tripe, pig’s feet, etc.

In the 1800’s the US was still expanding and acquiring new land. As the US grew larger regional cooking became more and more prevalent. The climate, soil, vegetation, and wildlife varied so much from one part of the US to another and the settlers had to adapt to their surroundings.

Immigration also continued in waves. First came the British, Irish and German immigrants. Later, the US acquired much of the current American southwest. Many native Mexicans decided to stay there although it was now part of the US. In the mid 1800s many Chinese immigrants arrived followed by the Japanese in the late 1800s. Throughout the next century when the US was involved in two world wars, immigration continued by people from all over the world. 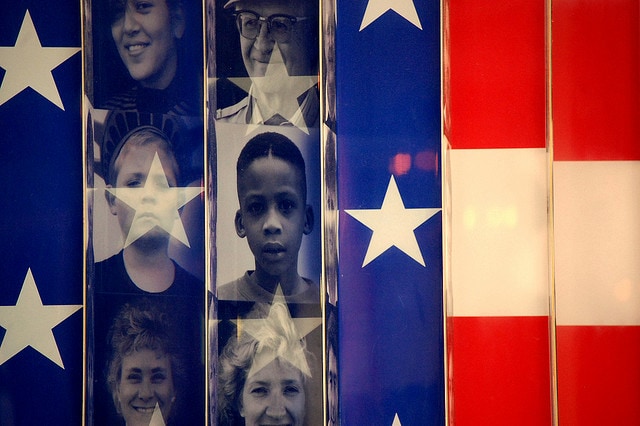 In the early 1900s the Great Depression caused Americans to be more resourceful with food. Meat wasn’t as prevalent and many stews and one-pot meals became popular.

One important food development occurred after WWII. It was at this time that the US became much more international and people could suddenly have what used to be seasonal produce all year long. Processed foods also became common due to the ease of transportation (the American Highway system was born) and some of the most common “American” brands became household names. Packaged food, canned food, frozen food… this era is to blame for much of our bad reputation!

But in the 1960s Julia Child burst onto the American culinary scene. She explained French cuisine in a way that was easy for American home cooks to understand. People realized they could recreate fine dining in their homes.

In the decades that followed the US has seen many different culinary trends. Immigration has continued, bringing many Asian and Latin American cultures and cuisines to the US. We have also seen the counter movement to canned and processed foods. Famous American chefs like Alice Waters stressed the importance of cooking with fresh, local, and seasonal ingredients.

As the US became more economically prosperous, US restaurant culture continued to progress. Restaurant patrons began to demand fine dining and were quick to accept expensive imported products and wines. Ethnic cuisine became more and more popular—people often tried a place if only to seem more cultured. The celebrity chef was also born. Today cooking programs and celebrity chefs plague American TV channels but this phenomenon is really only a few decades old!

The Size of the US

Let’s remember that the US is an enormous country, more than 2 times the size of EUROPE and spanning 7 different time zones. The country’s size means that its climate and growing conditions vary from region to region—as does its cooking. Due to various and diverse immigrant pockets, people originally called the US a melting pot, where all cultures fused together. But we soon realized that this metaphor wasn’t quite right. The US is more of a mixed salad; we have many different cultures that complement one another to create a greater (and better tasting!) salad as a whole.

What is American Food Today?

American food today is still an eclectic mix. It is based widely on immigrant influences and regional produce and traditions. Americans have become master adapters and experimenters– taking traditional ethnic recipes and turning them into a new genre of American cooking.

Americans also love sweets. We have mastered desserts from all over the world. We love our versions of crème brulee, chocolate cake, apple pie, cookies, brownies, etc. For better or for worse, in the US fruit and yogurt don’t count as dessert! 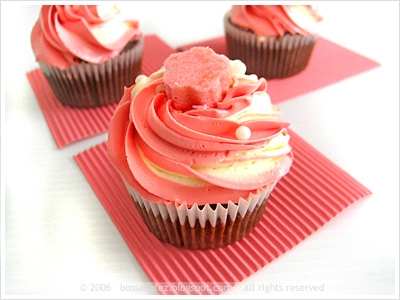 American food is finally being appreciated as a mix of regional cuisines based on locally available produce and influenced by ethnic history. It is a constantly evolving and adapting cuisine that leaves room for innovation at all levels. It’s a cuisine based on the fusion of elements and ingredients from a variety of cultures. It’s a popular cuisine— this decade has seen the power of the celebrity chef, the influence of the food blogger, and the domination of food television. With all of this media attention home cooks have become more informed and experimental than ever before.

I am excited about the future of American food and the continuation of regional American cuisine. I hope that as a reader you have a somewhat better idea of what American cooking is like. I hope you realize that our culinary endeavors go far beyond fast food and chain restaurants. I hope you’ll try the recipes on Recetas Americanas and that you’ll be able to visit the US yourselves one day and experience some of my favorite dishes!

New England: As a New England girl myself, I have to start with this region! New England is comprised of 6 states in the Northeastern US. Our cuisine is characterized by the availability of fresh seafood. Boiled lobsters, clam chowder, and fried seafood are common. We are also fortunate to enjoy a multitude of apple varieties and fresh blueberries in the summer. Presently, we also have a strong local beer culture with many local New England breweries offering some delicious brews.

Tex-Mex: This super popular regional cuisine has spread from Texas to the rest of the US. It is a fusion of American and Mexican cooking. Examples of some popular Tex-Mex dishes are Chili con Carne, Tortilla Chips with Queso Fundido, and Taco and Burrito pre made kits. These foods are definitely not authentic Mexican, but rather adapted Tex-Mex versions.

Southern US: Southern American cuisine is actually a large category that encompasses many smaller regions within the area. But some common characteristics are ingredients such as sweet potatoes, corn, peaches and pecans. They also use some cooking techniques famous to the region such as an open barbeque and pan-frying. Southern cooking is known throughout the US as “comfort food” and although it is not the healthiest of American regional cuisines, it is often a favorite!

I would love to get some insight from my readers about American cuisine. If you are American– do you agree with what I’ve written? Did I miss anything important? If you aren’t from the US, what are your impressions of American cuisine? Did they change after visiting the US (if you have that is!).