Guest Post- Cáceres: An Odd but Marvellous Choice for Any First Time Guiri

As Easter break quickly approaches, Ale and I have decided to spend part of it in Extremadura visiting Cáceres and Mérida, along with Monfrague National Park and, hopefully, a few other small villages along the way.  Why Extremadura? Well, while certainly not Spain’s number one tourist destination, Extremadura can be a great option with hearty food, friendly people, bargain prices, and lots of history. To tell us more about reasons to visit (or even live in) Cáceres is fellow Spain blogger Will Peach. 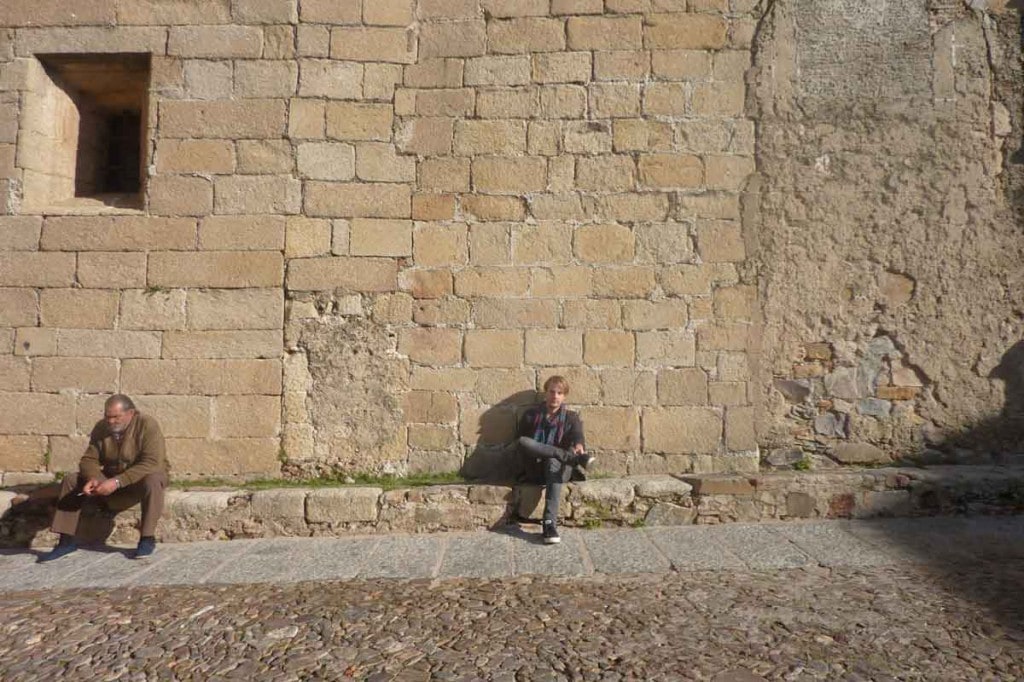 Will is the editor at gap year travel community GapDaemon.com. Will moves to a new place in Spain every three months and chronicles his travels on his Spain travel blog at MySpanishAdventure.com. He currently lives in Granada.

Late last year I quit my life in London to follow a dream and move to Spain. It’s a story we’ve all heard before right? The cube-dweller gets bored of the 9-5 and decides to chuck it all in. That’s it, the same old story.

I won’t bore you then with all the details of why I made such a decision – readers of Spanish Sabores are already aware of just how amazing Spain is, they don’t need me to tell them that!

What I do want to talk about though is how, in the initial phases of that move, I found myself lucking out. I didn’t (as the most obvious or sensible thing might be) haul my ass off to Madrid or base myself in Barcelona. No. I settled, almost as if having made the choice pointing blindfolded at a map, on moving to a little known city in Spain called Cáceres, right in the heart of arid Extremadura. 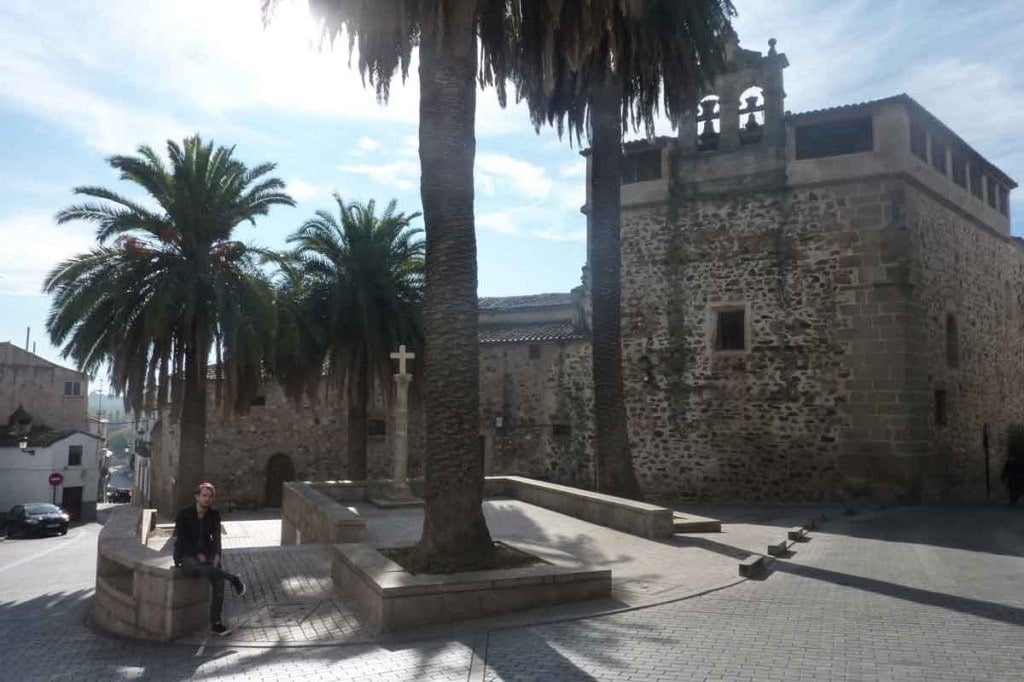 With no friends, contacts, or even a basic grasp of the language, I let the winds of change take me there. And you know what? I had a pretty damn good time. My first three months in Spain, definitely something to savour.

So in celebration of that time, here are ten reasons why Cáceres, an odd yet marvellous choice for this first time guiri, makes for the perfect start to any Spanish adventure. Not matter how big or small!

I’m very spoiled now, living in Granada, to have access to a number of English-language events and even English speaking locals right outside my door. In Cáceres however, where English natives are few and far between, all that was different! Yes, learning Spanish can be quite “white knuckle” in this way (and prepare for the pressure), but for me this immersion certainly worked wonders!

Historically one of the poorest regions in Spain (although you really wouldn’t notice it), living in Cáceres is insanely cheap when compared to some of Spain’s larger cities. Paying just 100 Euros a month for a room in a shared apartment in the centre of town, I literally had to pinch myself each time the landlord came round to ask for the rent.

As if the low price of rent isn’t reason enough, head to Cáceres at any time of year and you’ll be surprised at what you might find happening in the centre of the city. During my three months there from September to December I had the chance to check out the Cáceres Blues Festival, the Cáceres Irish Fleadh, Oktoberfest and the annual medieval market all completely for free. Head there in May and check out Cáceres’ most famous festival, WOMAD (World Music and Dance). Fun!

Strolling around Cáceres and bumping into familiar faces and stopping for a long chat is all par for the course thanks to life in Extremadura. Having spent a large part of my time hanging out in the city’s central thoroughway-cum-park Canovas, I struck up a conversation with many stranger, each one always cheerfully willing to help out with my stuttering Spanish.

The patience and friendliness of locals in this city? Nothing short of saintly!

Delicate Balance of Bustling Yet Peaceful 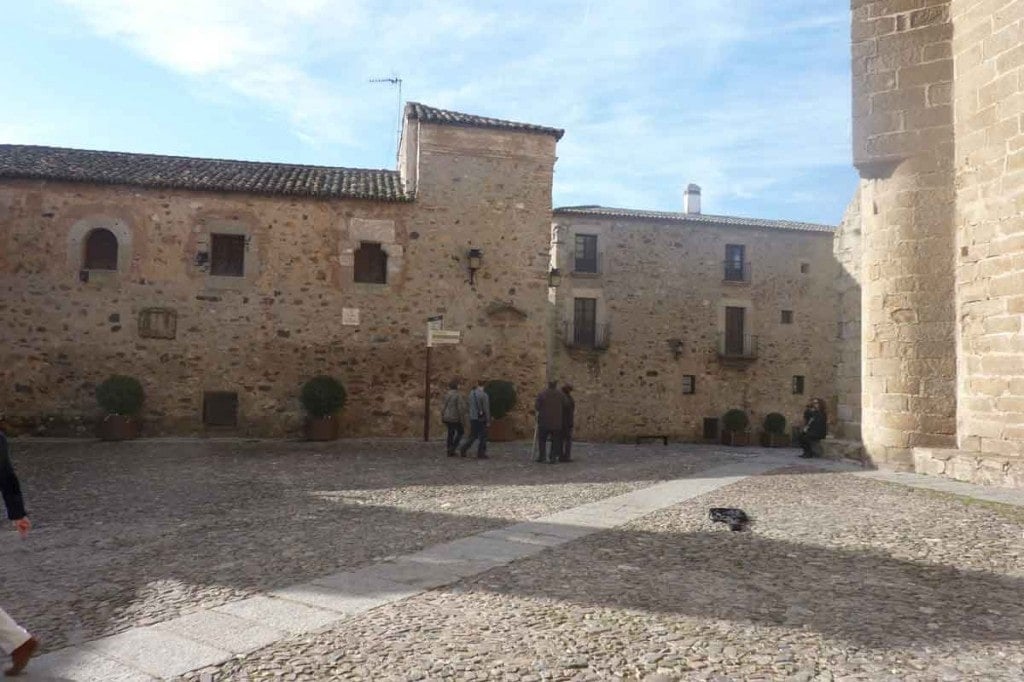 It might be a provincial capital but Cáceres is nowhere near, in terms of population, the size of its rival capitals around the country. Home to roughly 90,000 people the city is bustling at peak hours but not overbearingly so and has an amazingly peaceful atmosphere in the late evening with locals taking to the terraces.

It Has Its Own Mountain

A little odd given that Extremadura is widely-known in Spain as being one of the flattest regions, Cáceres has it’s own mountain (it’s more a gentle hill) but still referred to affectionately by the locals as la moñtana. Pacing up and down it in the later afternoon or early morning became part of a great exercise routine for me – especially when the reward at the top delivers sweeping views of those ol’ dusty Extremadura plains.

It’s in Close Proximity to Other Cool Sites and Cities

Sitting pretty much dead centre in the province, the city is within easy reach of some the region’s other great attractions. Whether you want to experience the rugged yet beautiful scenery of Monfragüe National Park or take a train to some of the pretty surrounding cities like Mérida or Trujillo, you can do it all cheaply and easily from Cáceres.

Plenty of Opportunities to Teach English

If you’re wondering about how to fund your adventures in Spain you might have already considered teaching English. Ok, so you might make more in larger cities, but you’ll spend more too. Cáceres, if you work hard to speak to people and post flyers around the city, offers plenty of opportunity to make a good living off giving private lessons. That’s how I started out.

It Has A Wonderful UNESCO Designated Old Town 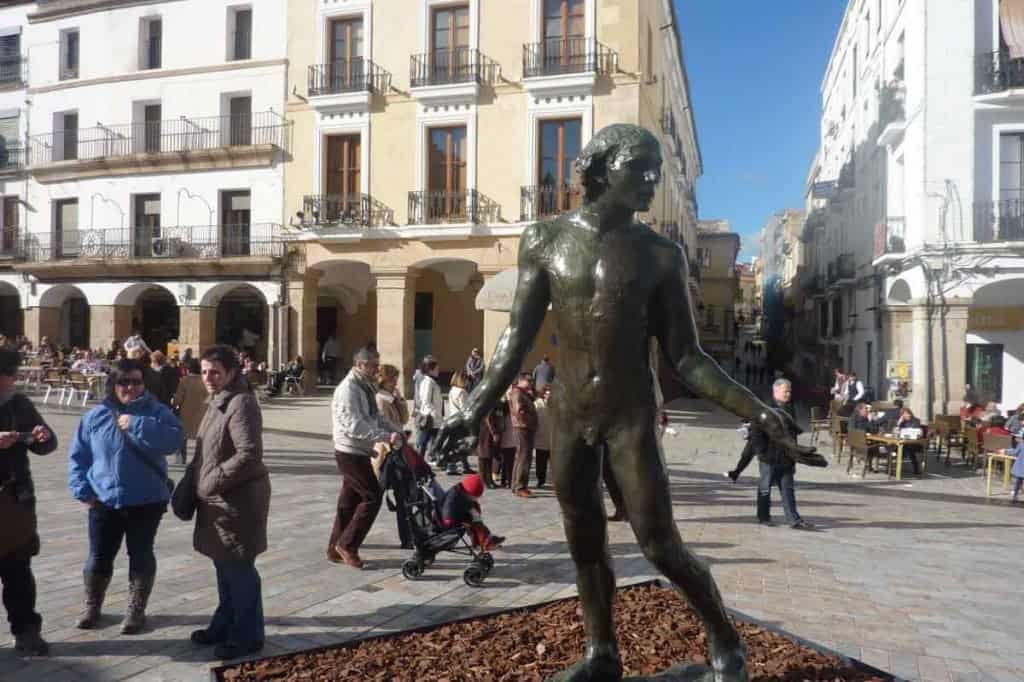 I’ve been banging on about the city now for the last eight points and never once mentioned it’s lovely UNESCO designated old town. A blend of Moorish, Roman and Visigoth architecture, the La Ciudad Antigua is a great place to kick-back and unwind with a book and a beer. It’s also home to tonnes of free museums, palaces and churches that are all free to enter.

What better point to end on than food eh? Just like the rest of Spain, this part of Extremadura has its very own cuisine typical to the area. Among my favourite dishes (speaking as a vegetarian): Migas, Extremadura’s fried-breadcrumb and vegetable dish that goes down amazingly with a caña or two at midday. For the meat lovers among you, don’t forget that this is a prime region for Spanish jamón either!

Whenever you decide to go to Spain on your next trip or adventure abroad, be sure not to overlook Cáceres. Living here for the first three-month leg of my experience in Spain I couldn’t have asked for more!