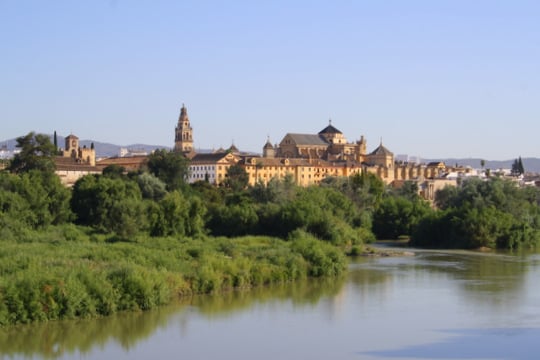 I never thought I’d ever be visiting Cordoba in summer. Especially in August– 110°F+ weather just isn’t my thing. But when Ale had to head to Cordoba to fix a problem at a solar plant (that’s right, not only did he have to go to Cordoba in August, he had to fix a problem in a freaking solar plant!) I decided I couldn’t pass up the chance to eat salmorejo, my favorite Spanish summer food, straight from the motherland.

But between bowls of the refreshing Andalusian soup, I managed to brave the heat and do some sightseeing. I’d visited Cordoba before, but not for a few years. It was as gorgeous as I remember, simply magical both by day and night. Walking around without a plan is my favorite way to see this small city, and getting lost in the labyrinth of the old Jewish quarter is a must. For hotel options check out Hotelscan; we found a decent hotel with a pool while driving down (it was August after all!).

Braving the Heat in Cordoba 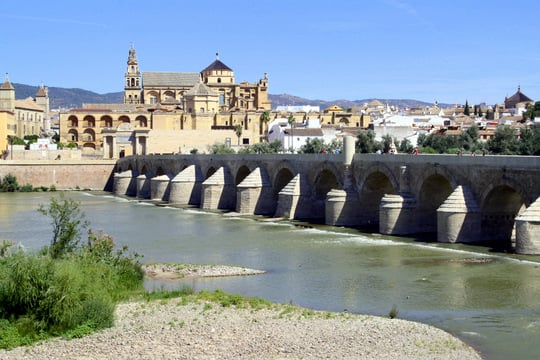 The Roman bridge connecting my hotel to the historic part of town. It was even prettier by night! 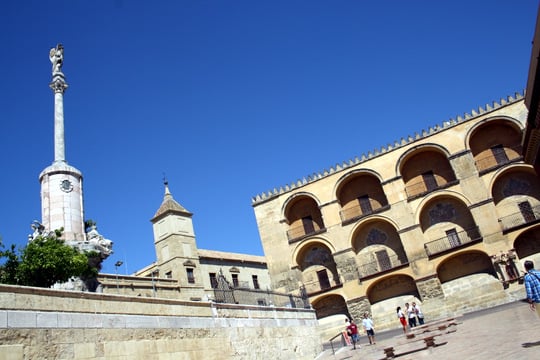 The main square across from the bridge. At night a violinist would play here for hours, as locals sat and listened. 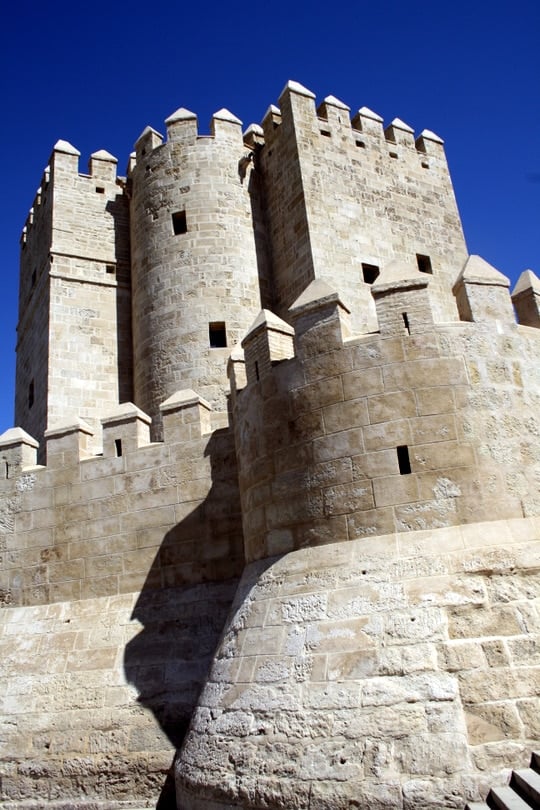 A hovering tower at one end of the bridge. 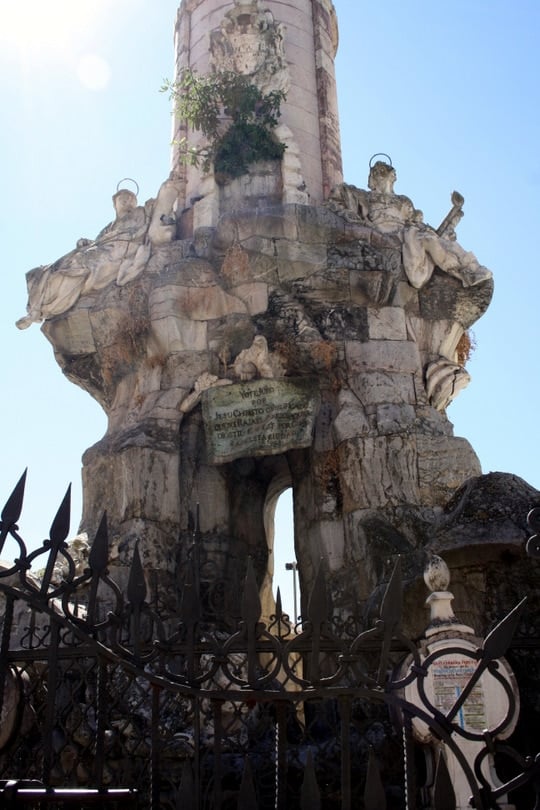 A statue dedicated to the Archangel San Rafael. 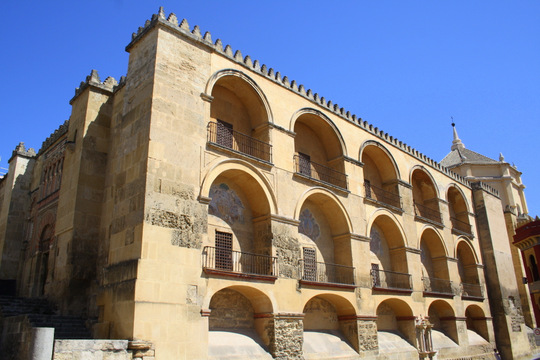 In the gorgeous Plaza del Triunfo. 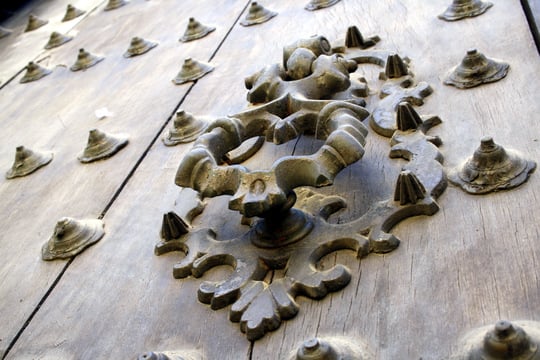 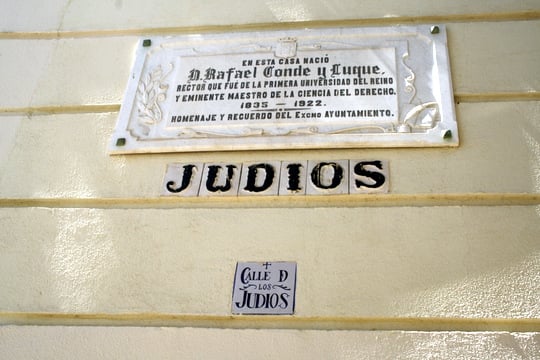 Cordoba’s Jewish quarter is a labyrinth of picturesque streets. 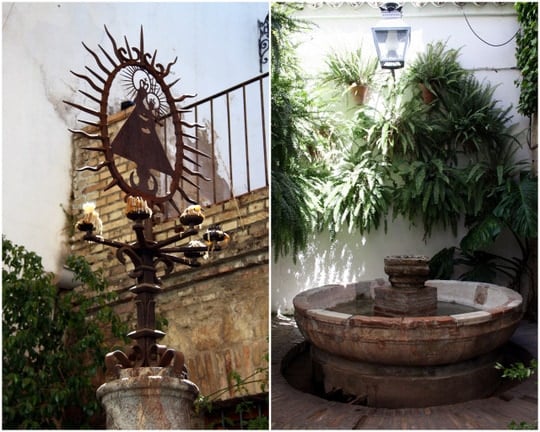 Inside the Jewish quarter. 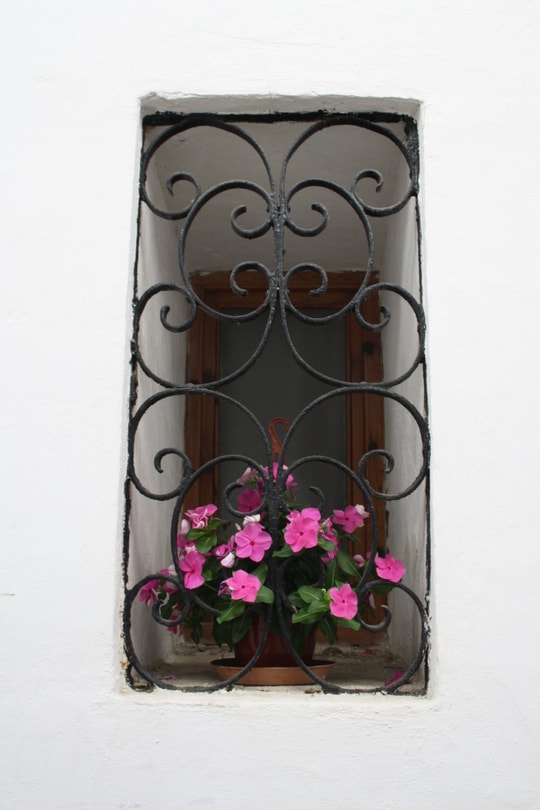 The city is filled with brightly colored flowers. 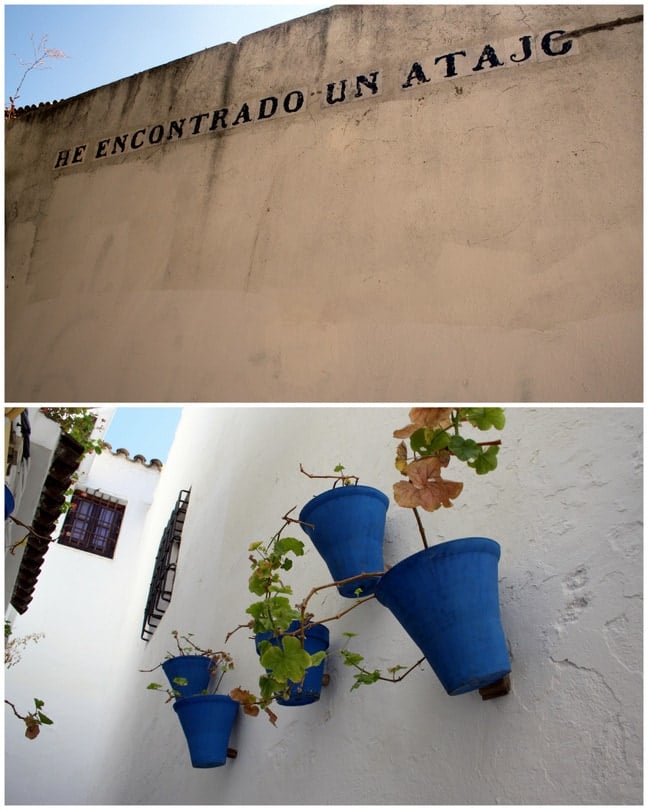 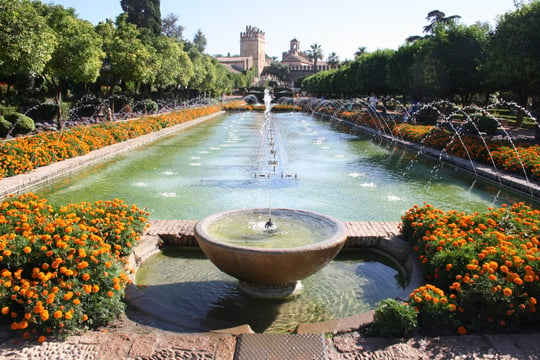 We visited the fortress gardens in the early morning. 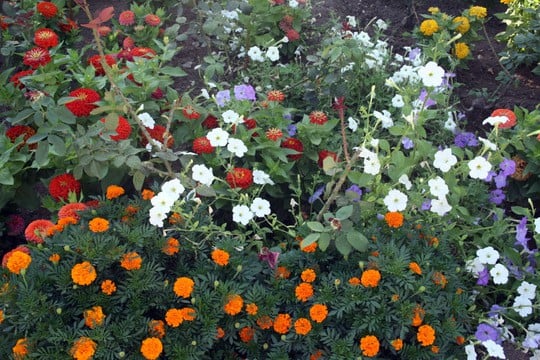 Flowers of every color. 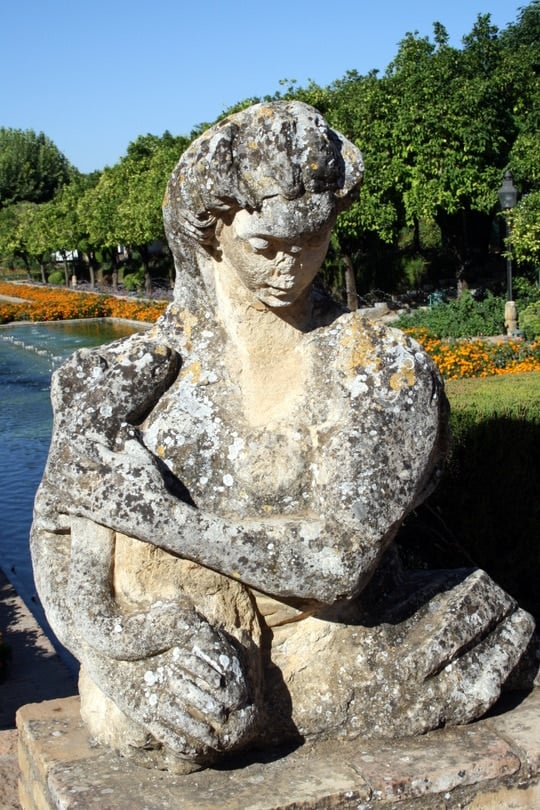 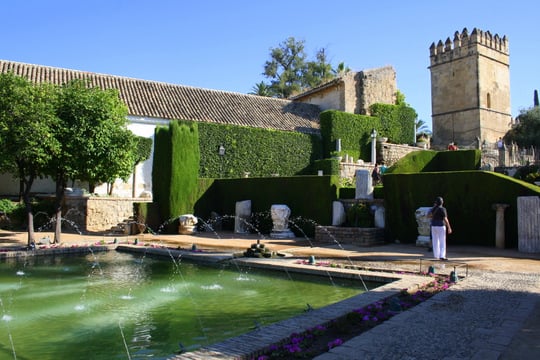 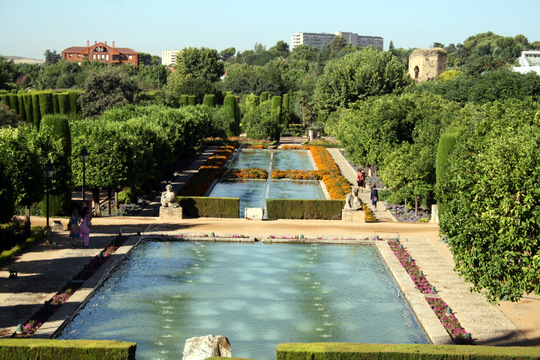 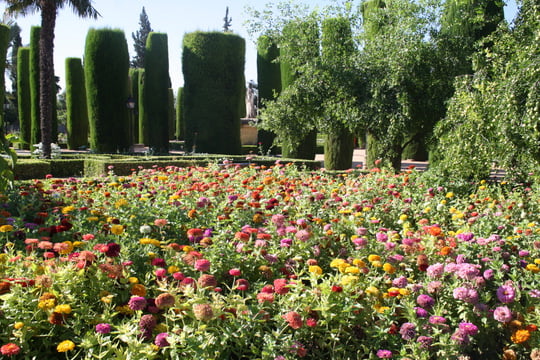 Would I go back to Cordoba in mid-August? I’m not sure! While the cold salmorejo and refreshing Montilla-Moriles wines certainly helped, it was definitely unbearably hot at midday. That said, it wasn’t nearly as bad as I was expecting, and in the evening it was very similar to the temperature in Madrid. So if you are visiting Spain in August I wouldn’t necessarily skip Cordoba (it is truly an amazing city), just be realistic about the heat and don’t take on too much!

Have you visited a very hot place like Cordoba in summer? Unbearable or worth it?