I recently had the opportunity to visit one of Spain’s most controversial memorials, Valle de los Caídos (Valley of the Fallen). Tremendous, impressive, and ominous, I’d recommend that anyone making the popular day trip to nearby San Lorenzo de El Escorial also try their best to visit Valle de los Caídos. 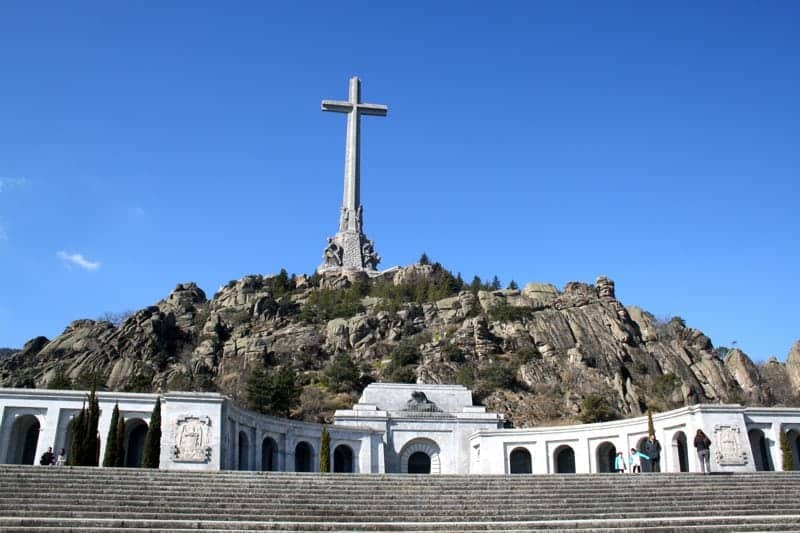 What is Valle de los Caidos?

Nestled in the lovely Sierra de Guadarrama, and located only 15 kilometers from UNESCO World Heritage Site El Escorial, Valle de los Caídos is a place of contradictions. Composed of a basilica, abbey, and an enormous cross, The Valley of the Fallen was commissioned by Spanish dictator Francisco Franco in 1940 to supposedly honor the fallen of the Spanish Civil War. In theory, it was intended to be a memorial to commemorate both sides, but many believe this to be ironic and that it was actually Franco’s shrine to victory and a place of mourning exclusively for his followers. Objectors point out the greatly unequal number of victims buried in the valley– it is estimated that of the more than 11,000 people buried there in 1959 (the year construction finished) a very small percentage were Republicans while the great majority were Nationalists. Since 1959 the number of people buried has increased to at least 34,000 (although some estimate it to be much higher) and the number of Republicans has likewise increased, as mass graves were opened in other parts of Spain and bodies were sent to be buried in Valle de los Caídos. This decision created heartache for families who have never been able to locate their relatives and have eternal doubt as to their final resting place. 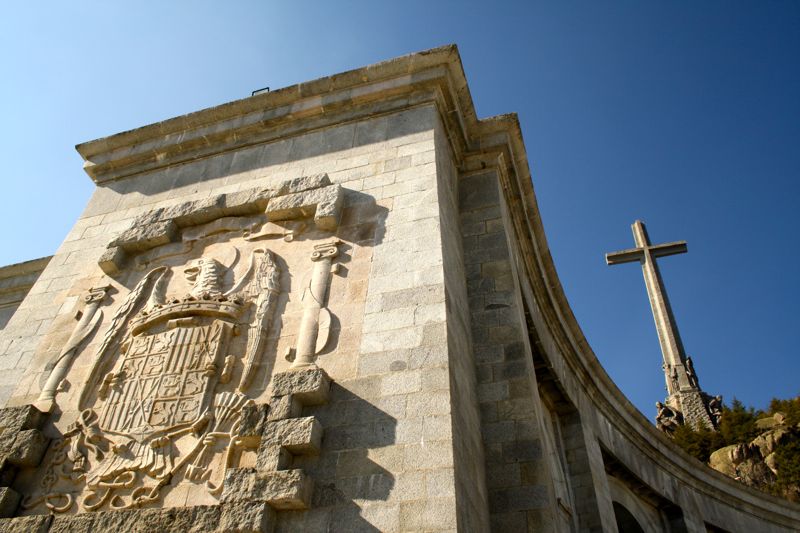 Another source of tension among relatives of those buried here is the fact that their loved ones share the site with the tomb of Francisco Franco himself, as well as with José Antonio Primo de Rivera, founder of the Spanish Fascist Party. In recent years there has been a lot of talk about removing Franco’s body from the basilica and reburying it in a place of his family’s choosing. The last Commission of Experts for the Future of Valle de los Caídos, which met on November 29, 2011, did recommend that Franco’s body be moved, arguing that the memorial was intended for (and should be exclusively for) the fallen of the Spanish Civil War. Yet it is not quite as simple as the government deciding to move Franco’s body. Ultimately, it is the church’s decision as the basilica is an official place of worship and, therefore, the Catholic Church has the legal power to decide. 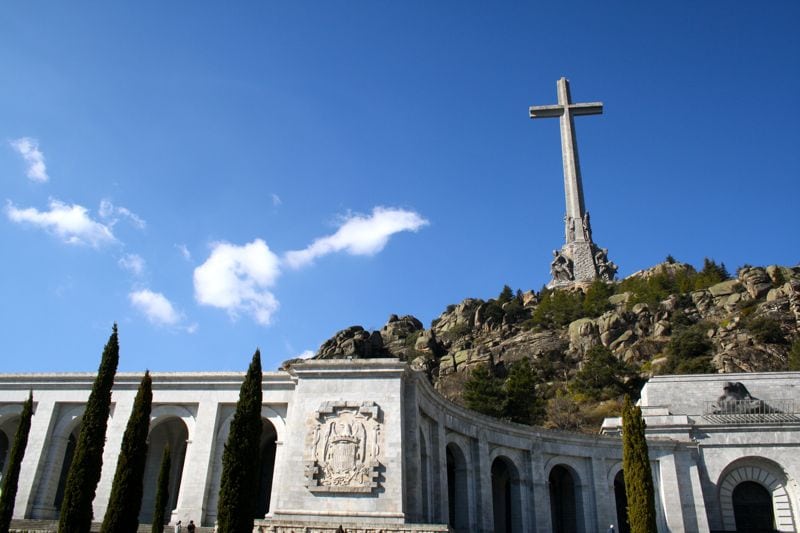 Additional controversy and a widespread source of misinformation regards the people who constructed the impressive monument. My research showed enormous contradictions among sources. I came across accounts of 20,000 Republican prisoners being forced to risk their lives constructing the monument. Thousands of prisoners were estimated to have died in the process claim these sources. Yet other accounts declare that only 243 prisoners were involved in the site’s construction (of 2,643 workers in total). These prisoners, it is alleged, chose to be involved in the labor and worked in exchange for a lighter sentence, fair wages and benefits for their families.  In an eighteen-year period fourteen prisoners were said to have died.

I was shocked by these discrepancies and the overall lack of solid information. Even www.valledeloscaidos.es only has a three-paragraph explanation of the memorial’s history. That is unacceptable! After reading at least thirty articles about Valle de los Caídos in both English and Spanish I was almost as confused as when I first started my research. It is certainly a reflection of how Spain sometimes tends to ignore the past— a hot topic today among Spaniards themselves.

We drove up the mountains to visit the memorial on a bright Sunday morning. Approaching the exit on the highway, we could already see the cross, the largest memorial cross in the world (152.4 meters), looming in the mountains. It is impressively tall and I was surprised that I didn’t know more people who had been to visit this monument, being so powerful and so close to Madrid. 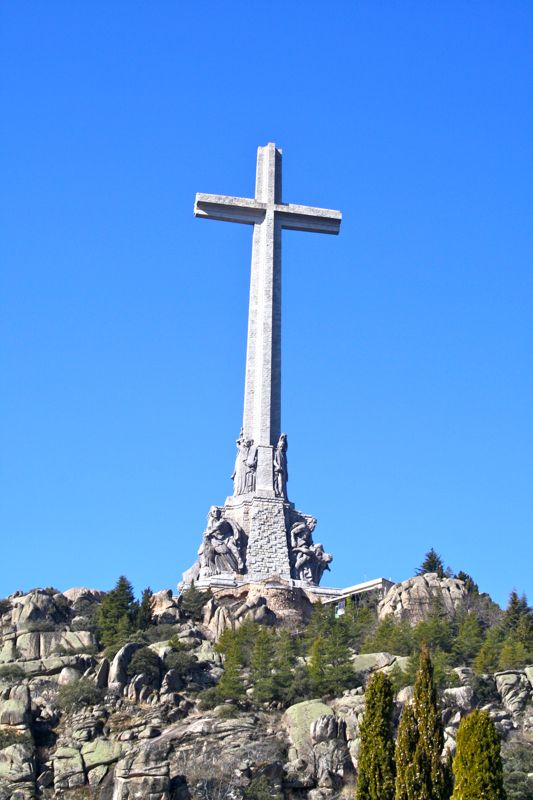 Certainly the first thing that strikes you is the size of the cross. It’s enormous. Then there are the lovely views of the mountains. But for me, the real emotional impact and the creepiest part of the monument is definitely the basilica.

Entering the basilica is downright eerie. You pass through its heavy doors and into the long, narrow nave. Dark statues of sword bearing angels stare down at you from both sides as you slowly make your way to the altar. Being a Sunday morning mass was in session, making the irony of the place even stronger in my eyes. As we listened to the angelic voices of the local children’s choir, we waited for the service to finish in order to see the rest of the basilica. As about seventy-five people exited the service, they shuffled past the fifty or so tourists ready to take their place.

This is where things get even weirder. Walking around the basilica were at least twenty-five priests, talking to people and praying. As we approached Franco’s tomb we could see some people standing over it and saying a prayer (fresh flowers adorned the stone) while others tried to sneak in a photo as the woman in charge screamed charges of disrespect to these rule-breaking tourists. I kept my camera in its case. It wasn’t long before a priest approached our small group of four. He made small talk and congratulated us for being well-intentioned, young, Catholic youth. As if. I honestly don’t know if this man is really so naive to think that everyone who visits this site is religious, or if he was intentionally trying to make us feel pressured.

Regardless, we were a bit uncomfortable, and we soon left the dark despair of the creepy crypt. Back into the blinding sunlight, I was again struck by the contradictions– was this place beautiful, open, and sunny, or dark, creepy, and claustrophobic? I’ll have to settle with deciding that it is a complicated and emotionally charged place, and a little bit of both.

So what is the future of this place? And should you visit? Well, the future seems to vary with Spain’s leading political party. To move Franco or not? To exhume bodies or not? To rename the memorial or not?

As an outsider and only recently educated on this period of Spanish history I tend to think that no one should ignore the past. The memorial shouldn’t change its name and instead of erasing its history, however painful, I think that it is necessary to educate and promote dialogue about the place’s history. I believe it is essential to establish a few reliable and easily found sources on the internet to find more information about the memorial. After seventy years there shouldn’t be such widespread contradictions and misinformation as the page one google results in both English and Spanish.

For me, moving Franco’s body is also like erasing a piece of the past. As a non-religious person, I see his body as an important reminder of history— he did some terrible things that should be remembered as a way of honoring those affected. If we forget all of the bad people and things in the world, no matter how difficult it is to face them, we are doing our future generations and ourselves a disservice. Valle de los Caídos has the enormous potential to educate people about the events of the Spanish Civil War, but the government needs to be able to provide basic facts and information about the site that are not opinionated and skewed.

Overall, I think that everyone visiting the area should make a stop in Valle de los Caídos. Despite its contradictions and the lack of information found at the site, it is truly an impressive place and worthy of some reflection.

Click here for more pictures of the basilica’s interior.

I really hope that this post conveys the care I took in writing about this issue. I checked my facts as much as possible so if you find any discrepancies or have a different opinion, please leave me a comment.