Salmorejo is something you’ll find on menus throughout Spain, but the best salmorejo is always found in the south. On a hot day, there is nothing more refreshing and satisfying than a bowl of cold salmorejo– it’s a must try if visiting Spain!

The first time I wrote about salmorejo, one of my favorite Spanish foods, was on my very first blog back in 2009. I had just made some for the first time on my own and was very proud that it had turned out almost exactly like my mother-in-law’s famous salmorejo recipe.

Antonia makes the best salmorejo I’ve ever had. I’ve tried other versions in Cordoba, Sevilla, Cadiz and Madrid but nothing has ever been quite as delicious.

Salmorejo is one of those things that you eat that leaves you feeling 100% satisfied and is super healthy at the same time. It’s a great dish for keeping trim and is loaded with antioxidants.

Most people probably aren’t familiar with gazpacho’s thicker, creamier cousin. While gazpacho is a cold tomato and vegetable soup (often consumed straight from the glass like a V8 juice), salmorejo is simply fresh tomatoes and perhaps a clove of garlic, blended with stale bread, extra virgin olive oil, and sherry vinegar.

The way the olive oil and tomatoes emulsify gives the soup a creaminess that makes many people think that there is actually cream in the soup! Most people top the cold soup with hard boiled egg and cured Spanish ham, which I would definitely recommend!

Learn more! Read all about the best Spanish olive oils here, and the different varieties of Spanish hams here.

The first time I tried salmorejo was a complete fluke. I was convinced that cold soups were the enemy after a bad experience with gazpacho years prior. But one day I came home from work absolutely ravenous and Ale’s mom had sent us home with some salmorejo on our weekend visit. No one else was home, so I figured I would just heat it up and no one would be the wiser.

Luckily, the salmorejo never made it to the pot. I took one bite, followed by another, and then another. It was delicious. I couldn’t believe I’d been missing out on this fresh explosion of flavors for so long.

After such a long time singing its praises I know I owe everyone the recipe. So, here it is, the best Salmorejo recipe you will ever try (in my humble, but experienced opinion!).

It’s also easy to make and inexpensive, although the key to great salmorejo is using the best quality tomatoes and extra virgin Spanish olive oil. Let me know if you try the recipe! 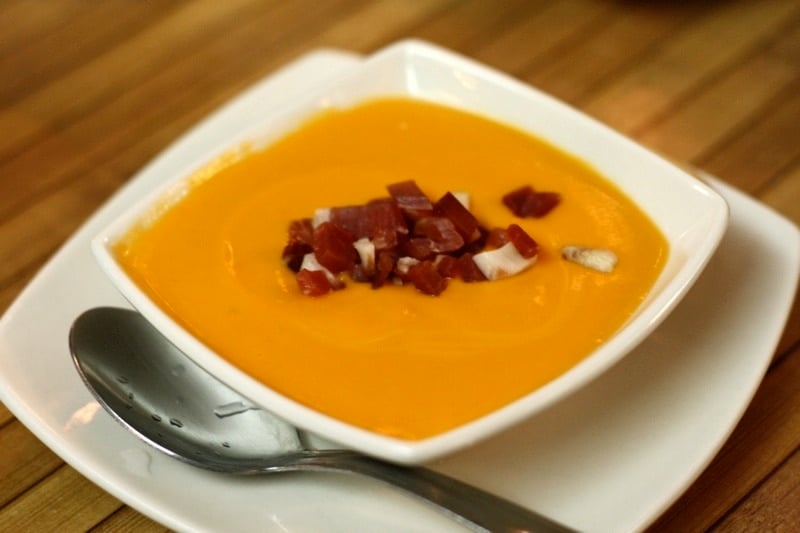 Print
Prep time
20 mins
Cook time
5 mins
Total time
25 mins
The best Spanish salmorejo recipe I've ever tried. Straight from my mother-in-law's cookbook to your own!
Author: Lauren Aloise
Recipe type: Soup
Cuisine: Spanish
Serves: 4
Ingredients
Instructions
3.2.1230
After trying many this is by far the best salmorejo recipe I’ve made, but if you have one that you love please leave me a comment! I’m always looking to experiment. 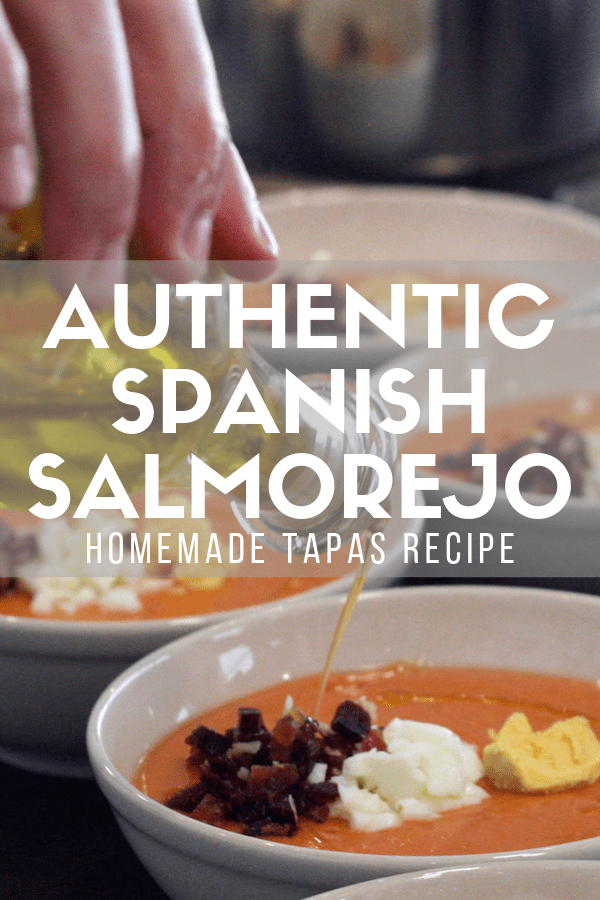