×
Home / Blog / Barcelona / Dining Out in Spain: An Expat’s Guide

A Guide for Dining Out in Spain 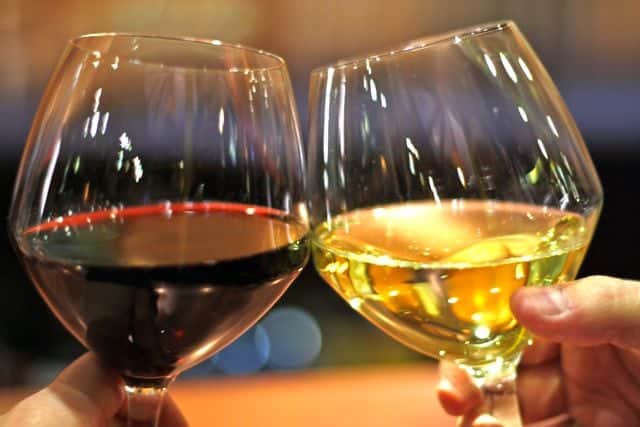 Dining out in Spain can be confusing for visitors and expatriates alike. The crazy mealtimes, lack of menu translations, and the extensive variety of pork products we never even knew existed can make any seasoned gourmand a bit frustrated. Here I present the first of various articles of a comprehensive guide on dining out in Spain– what you need to know to make the most of your culinary experience.  If you have a question or an idea for a future topic please leave it in the comments. And since the majority of my experiences hail from Andalucía, please speak up if your region does things differently!

Where do Spanish people eat and drink?

Walk through any Spanish town and you may begin to think that the people are a bunch of borrachos (drunks). With creative names like Miguel’s Bar, Madrid Bar, and Delicious Bar these small establishments are usually full of patrons for breakfast, lunch, and dinner. In fact, it is said the Spain has the highest number of bars per capita in the world! But bars here are not quite like what we would think of in English. They are simply less formal restaurants where you can have breakfast, lunch, afternoon coffee and a snack, and dinner. Many bars serve tapas (small plates) and others have a fixed price menu at lunchtime. Sometimes a waiter will take your order and other times it’s self-service. Most do, however, serve alcohol at all times of day (therefore somewhat living up to their name) and it’s not at all strange to see people taking a shot of liquor with their coffee in the morning, or enjoying a beer before noon!

Spanish restaurants range from being a bit more formal than bars to very formal. Depending on the restaurant you may have to make a reservation in advance. Restaurants don’t usually serve tapas in the dining room, although some do in the bar. Spanish people like to take their time when they go to a restaurant and it’s not unusual to enjoy a two or three hour meal.

The Spanish cafetería (what I would call a café) is kind of like a mix between the bar and a bakery (pastelería). The cafetería usually serves a variety of coffee and tea as well as various pastries and small sandwiches or even tapas. Alcohol is also available in most of them. People usually go in the afternoon for their “merienda” around 5:00-6:30 pm.

A pub is basically what we would call a bar. They’re usually open in the afternoon and at night for beer and mixed drinks and some even offer live music or open mic nights. Most don’t serve much food but it might be possible to get some appetizers or bar nuts. They normally close around 2:00-3:00 am when people head off to the discos.

Finally, there are discotecas (clubs in American English). The Spanish discos open around 12:00-1:00 am but people don’t usually enter until 3:00 a.m. or later! They are open until at least 6:00 a.m., and I think that the majority stay open even later. Sometimes they may charge a cover to get in, especially for guys, and it usually includes a drink. You should dress nicely to go to a disco, as most require dress clothes and shoes.

What is your favorite Spanish establishment? (Mine is by far the neighborhood bar!) What time do you guys go to the disco?