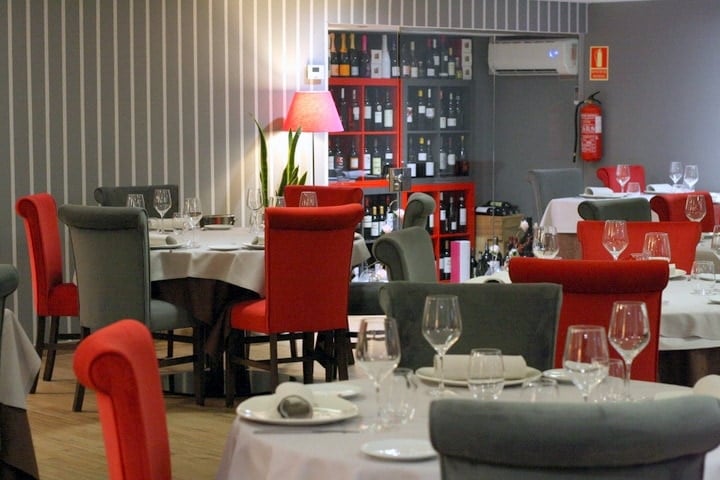 Do I sit? Or should I stand? Shall I wave? Or could I shout? And am I supposed to leave a tip?! It took months of living in Spain before I figured out the answers to these seemingly straightforward questions on Spanish restaurant etiquette.

In Spain there are often no hostesses to guide you to the correct table, no astutely attentive waiters to tend to your every need and no universal rule on tipping. This is the Wild Wild West of restaurants and only the strong survive, errr I mean get that perfect plate of cured ham and cheese.

Once you’ve figured out when to eat and what to order, there’s only one piece missing: how to go about getting it!

Here are the questions you never thought you needed to ask before going out to eat in Spain.

Do I wait to be seated or choose my own table?

To err on the safe side, I almost always try to catch a waiter’s attention and ask for a table. This is usually as simple as just motioning to a table and holding up two fingers, for example, if I want a table for two.

There are, however, a few instances where you can just snag a table without first communicating with the wait staff.

Waiting for a waiter to come by and assign you the table in these cases often means you’ll lose it to a faster-moving group! If there are multiple tables available when you walk up to the patio area or the tapas bar, check with a waiter first before sitting down.

How do I call the waiter over?

Spanish bars and restaurants often have very few waiters. This means one person often attends to more than 10 tables at a time. Waiters will take your plates when you finish, but will never bring you the check unless you ask for it. Delivering an unsolicited bill to a table is extremely rude in Spain.

In Spanish culture, a good waiter leaves you alone until you specifically call him or her over to the table. Getting their attention, though, can often be a bit tricky. If you want to ask for the bill, it is common to catch a waiter’s eye and make a motion as if you’re writing in mid air.

For most other things, like ordering another drink or asking for another napkin, it’s common to get a waiter’s attention by waving (think half way between raising your hand and quickly reaching out to an invisible floating object). Many people also call the waiter over by saying perdón, which means “excuse me.”

Should I tip and how much?

The myth that you don’t have to tip in Spain is just that, a myth. While Spaniards tend to leave much smaller tips than I was used to in the U.S., it is still polite to leave a small tip in most cases. Waiters in Spain are paid low monthly salaries (generally between €900 and €1200 a month for full time work), and will always appreciate your gratuity.

That majority of the time, that means rounding up to the nearest euro. For example, if your bill is €15.60, leave €16. If you’re having a more expensive meal, one in which the price per person is more than about €15, it’s common to leave a euro or two as tip. For fancier restaurants or excellent service, up to 10% is no uncommon.

That being said, you don’t have to leave a tip in every instance.

Cases when no tip is necessary (but of course is still appreciated):

No need to tip for a menu del día!

Can I order food outside of typical mealtimes?

Spaniards have lunch between 1:30 and 3:30 and eat dinner between 9:00 and midnight. Outside of these times it can be tricky to find hot food in restaurants, as most kitchens are closed outside of these hours.

Many bars and cafés still serve pre-prepared tapas during the down hours, though. These usually include tortilla de patatas (potato, egg and onion omelet), ensaladilla rusa (potato salad), boquerones en vinagre or anchoas (pickled white or brown anchovies) and of course olives and potato chips.

You’ll typically see these items displayed in glass cases on the bar, but there often is not a menu to order them from. Instead try asking the bartender if you can order a ración of something you see in the display case. Many bars will also serve sandwiches (of cured ham, tortilla española, pork filets, etc…) while the kitchen is closed.

Can I really throw my trash on the floor?

Yes! In fact, you can often spot a good bar by how many crumpled napkins and olive pits litter the floor. It is very common to toss your small bar napkin, cheese rind, olive pit, chorizo casing and even snail shell on the floor of the bar.

This rule only applies to bars, though. You wouldn’t want to throw anything on the floor if you are seated at a table. When in doubt, just look down– if there’s already trash there, join in!

Find out why we throw our trash on the floor in Spain on the Madrid Tapas, Taverns and History Tour!

What do you think is the trickiest part of Spanish restaurant etiquette? 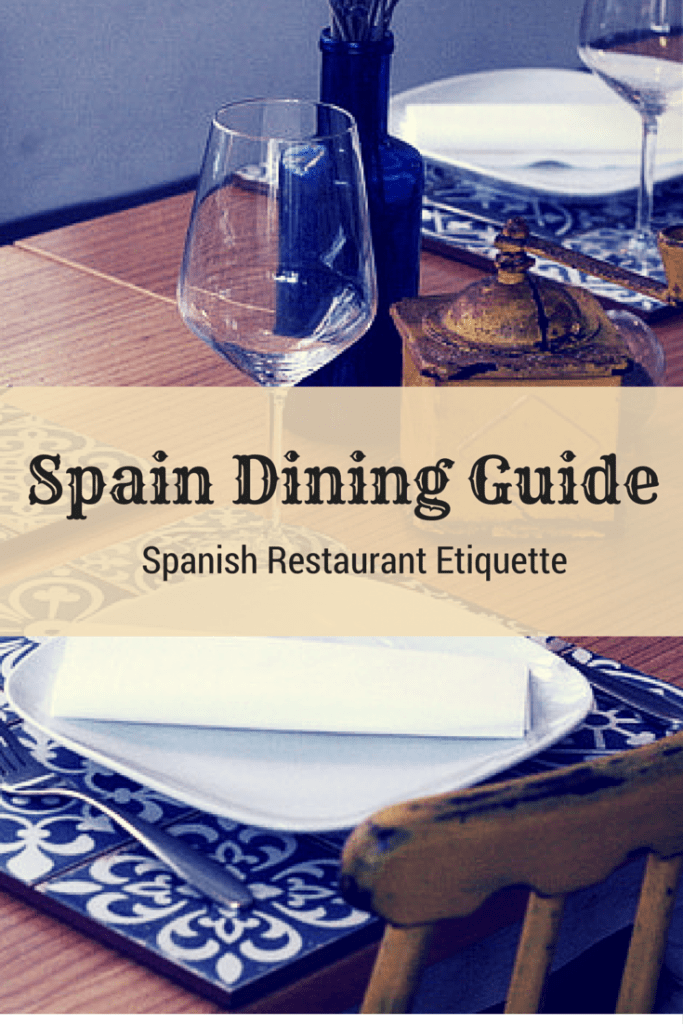 When are Spanish Mealtimes?