Menus in Spain can be anything but straightforward. With strict social norms on when to eat, which type of foods and in which sizes, ordering at a restaurant can sometimes be downright difficult.

But a few key Spanish words and bit of menu decoding and the joys of Spanish cuisine are ripe for the tasting!

Many Spanish restaurants do not have English menus and those that do are often rather unhelpful (and sometimes outrageous) direct Google translations of their Spanish menu. That being said, most restaurants use the same rough guidelines for organizing their menus. Here is everything you need to know about Spanish menu terminology to excel at ordering and dining out in Spain (and therefore eating like royalty!).

Raciónes of octopus and croquettes.

Size is the name of the game when ordering in Spain. Whether it’s a plate of food or a glass of beer, most all edible items in Spain are ordered by size. Here are the most common options:

Menu Categories by Type of Food

The options are endless when it comes to Spanish menu categories, but here are a few that hard to miss!

Toss out all those old notions of ordering your beer by its name. In Spain beer is ordered by the size. Each major city in Spain has their own beer brand. For example, Mahou in Madrid, Estrella Damm in Barcelona, Cruzcampo in Seville and Alhambra in Granada.

As most bars only serve that city’s main beer brand, there usually is no need to specify which type of beer you want. Instead, you order by size.

It may be called café but virtually all coffee sold and consumed in Spain is espresso– café de maquina in Spanish. And like most foods in Spain, it is served simply. You won’t find ten different syrups or a dozen distinct coffee beans and roasts at your average Spanish cafe. Here, coffee has just one variable: the milk. These are the most common coffee options:

There are a few extra charges you may see on your bill at the end of the meal. These are the ones that you’ll almost always find:

What are your favorite things to order from a Spanish menu? 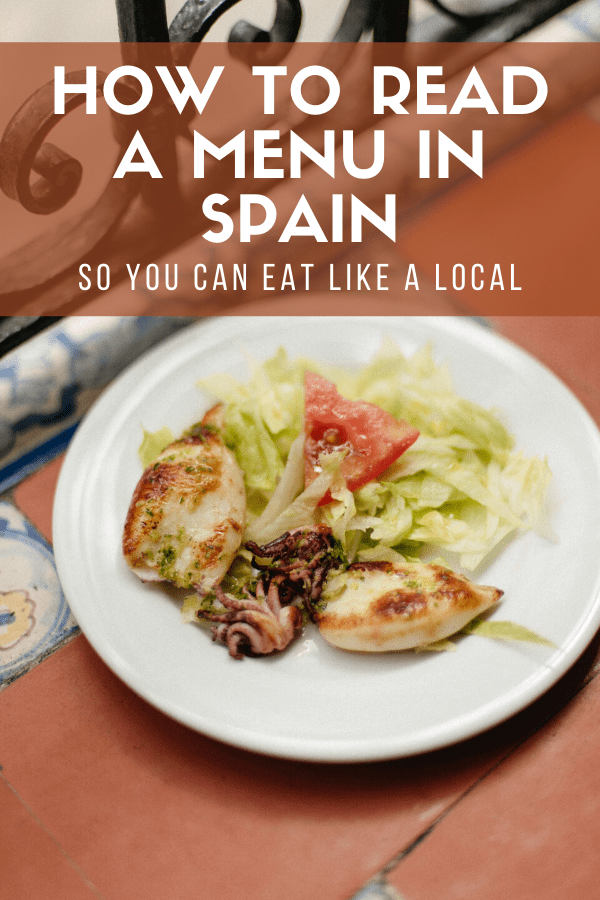