Spanish sangria– one of Spain’s most popular yet misunderstood drinks! Tourists love it, locals barely drink it… here’s the scoop on traditional Spanish sangria and what I’d consider the best simple sangria recipe I’ve tried! Read to the end for some twists on Spanish sangria– I’m always trying new recipes!

In the time before food blogs and TripAdvisor, tourists came to Spain expecting little more than paella, sangria and flamenco, opting to eat microwaved paella over traditional tapas, and to watch choreographed flamenco instead of enjoying a Spanish style night out.

While these types of tourists still exist, people are definitely savvying up and food and travel icons like Anthony Bourdain allow anyone to attack the local specialties.

But while the modern tourists bounce around looking for Spain’s best craft beers or tasting our popular gin tonics, what has become of the classic pitcher of sangria? Is sangria even Spanish? Is it just a tourist trap and a use for bad wine?

However, I also give credit to the Americans (which would probably seem crazy to some), as after the 1964 New York World’s Fair American cocktail aficionados took the sangria they’d sampled at the Spanish pavilion and elevated it to the delightful combinations you’ll find in American cocktail bars today (green apple and sake sangria anyone?).

For me, sangria is simply the name for a wine based cocktail— although I’d let cider and sake slide in there too. But here in Madrid, you won’t find too much variety. The capital of Spain is often respectful to the classic Spanish recipes, and the traditional Spanish sangria recipe is no different.

From this classic recipe you can really experiment, using different fruits (I love grapes and mangos) and by fortifying the wine with brandy or vermouth. Some more modern sangria recipes have over 20 ingredients!

Like this recipe? Check out my other Spanish cocktail recipes!

Get yummy tapas recipes to pair with sangria: 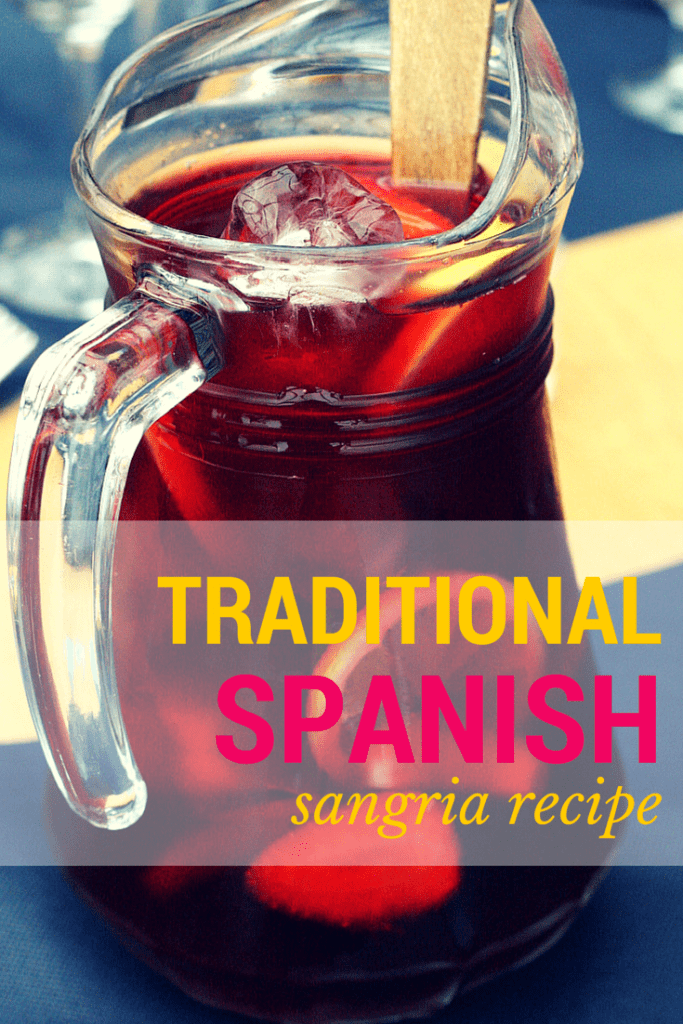