Forget sunny beaches and scorching summer temperatures, in Spain seafood is a Christmas food. With many types of shellfish in season in December and oodles of holiday recipes calling for prawns and fish, the fish mongers are stocked up this month. But what are they selling? Read on…

A huge variety of sea creatures are pulled onto Spanish shores. From deep sea behemoths to alien-like rock clingers, the ocean plays a huge role in Spanish cuisine. These saltwater delicacies are in such high demand during the Christmas season that they nearly double in price during the last weeks of December!

Much of the seafood in Spain is served very simply. In a country famous for its extremely short recipe ingredient lists, the Spanish way of preparing seafood is no different. Most is boiled or grilled and sprinkled with a bit of salt and/or olive oil. You won’t find any tartar sauce here!

Here are some of the season’s top seafood catches and how to spot them at the market and on the menu.

Shrimp is probably the most sought-after type of seafood during the Christmas season. They are easy to spot at the market, where big styrofoam boxes are filled with whole shrimp, head and all! On the menu it can be a bit trickier as shrimp has many names in Spanish. A few of the most popular are:

Scallops are hugely popular in the northwestern province of Galicia, where thousands of kilos of the mollusks are farmed along the Atlantic coast. The larger scallops are usually served individually and almost always on the shell. The smaller zamburiñas are sometimes served seared on the shells or in a shallow clay bowl with olive oil and garlic.

Some of the most expensive items in the Christmas spread, lobsters are a true delicacy in Spain. One of the most popular ways to find them is slowly stewed in paella-style rice dishes called arroz con bogavante.

Like shrimp, there are many types of crab in Spain. From the large, expensive bueyes del mar to the smaller, more affordable nécoras, there is a crab for every taste (and budget!).

Clams are some of the most diversely used types of seafood in Spain. You’ll find them served freshly steamed with nothing more than a slice of lemon, mixed into rice dishes like paella or stewed with paprika and wine like in this recipe for almejeas a la marinera.

This is one of the best times of the year to eat almejas finas or fine clams from the shores of Galicia, where they are in season in December. These meaty clams go for upwards of 40 euro per kilo this time of year. The most common types of clams sold in Spain are, if you want to get technical, venus clams and cross-cut carpet shell clams.

Not to be confused with clams, berberechos are cockles, a specific type of saltwater clam with ribbed shells. Much to my dismay “cockles” is not just the British word for clams! These little guys are the creatures of your common seashell, usually wider and rougher than the smooth-shelled clams most often found here. Berberechos also tend to be cheaper and, in my opinion, even tastier to eat plain than clams!

Mussels, as a friend of mine here says, are the poor man’s seafood. At around 5 euro per kilo, they are the most-sold type of seafood in the country. They are commonly served steamed in a light white wine sauce. You’ll also find mussels in many rice dishes and seafood soups, which are common as the first course of Spanish holiday meals.

Most people have to be celebrating something to shell out the pretty penny it costs to buy percebes. These funky-looking barnacles grow wild on the treacherously rocky coast of Asturias and Galicia.

Due to the danger involved in prying them from their rocky homes, Spanish gooseneck barnacles go for upwards of 100 euro per kilo. The price as much as triples during the holidays.

What is your favorite way to eat seafood in Spain? 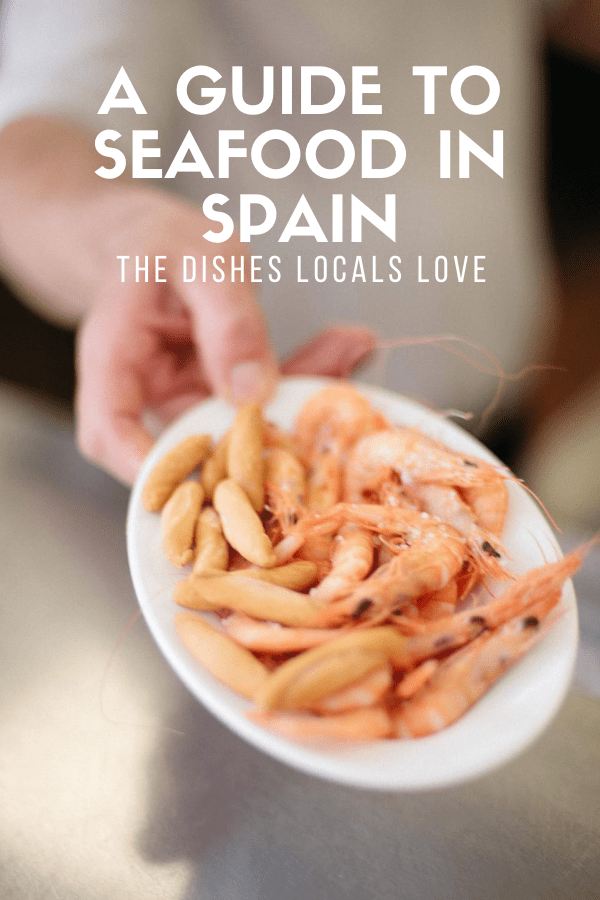