Former U.S. president Bill Clinton once said Granada has one of the most beautiful sunsets in the world, and anyone who’s seen it for themselves would have to agree. If you haven’t experienced a magical evening in Granada—well, what are you waiting for? Here are six fabulous rooftop bars in Granada—the perfect place to enjoy the city’s sunsets along with good drinks and good vibes.

6 Rooftop Bars in Granada You Have to Check Out

This rooftop terrace was named after the Monastery of Saint Jerome, which was designed by the same architect as Granada’s cathedral. You’ll have front row seats to this Renaissance masterpiece while you sip on a refreshing cocktail, and because they cover the terrace throughout the winter, you can enjoy these fantastic views no matter what the weather brings.

This is one of the newest additions to the selection must-visit rooftops in Granada. While Lemon Rock is relatively new on the scene, it’s got a lot going for it. The industrial-retro decor gives it a chilled-out vibe, and the tapas are great value for money—it’s no wonder this place has become popular even among the locals. The relaxing terrace is an especially great place to beat the heat during summer as you sip on one of their famous mojitos (they’re the best in the city!).

Located at the core of Granada’s historical center, this five-star hotel is home to one of Granada’s most stunning rooftop terraces. Enjoy a delicious dinner here while taking in views of the cathedral and the beautifully lit Alhambra.

Even though Panoramic 360 isn’t right in the city center, the quick taxi ride is totally worth it. Located at the top of a high, modern building, this bar rotates around to offer panoramic views of the entire city. Even though you won’t even notice the subtle movement, you’ll enjoy breathtaking glimpses of the Alhambra, the countryside and the Sierra Nevada mountains. Those views paired with the most delicious fusion cuisine makes this one of the coolest rooftop bars in Granada!

Back in the 90s, this was one of the city’s most luxurious hotels, but even after recent renovations, it hasn’t lost the Moorish essence that made it so popular in the past. Located on the same hill as the Alhambra, the location is unbeatable, and it’s home to one of the most breathtaking rooftop bars in Granada to boot. You will almost feel like Moorish royalty watching the sunset over their beloved city from the hill of the Red Fortress.

Nope, the stunning Alhambra views don’t end with the city’s most famous hotel. Located at the famous Mirador de San Nicolás, Huerto de Juan Ranas is the place to be if you’re looking for a relaxed dinner or morning coffee with views you’ll never forget.

Want more evening inspiration? Check out the sunset in Granada at one of these stunning spots. 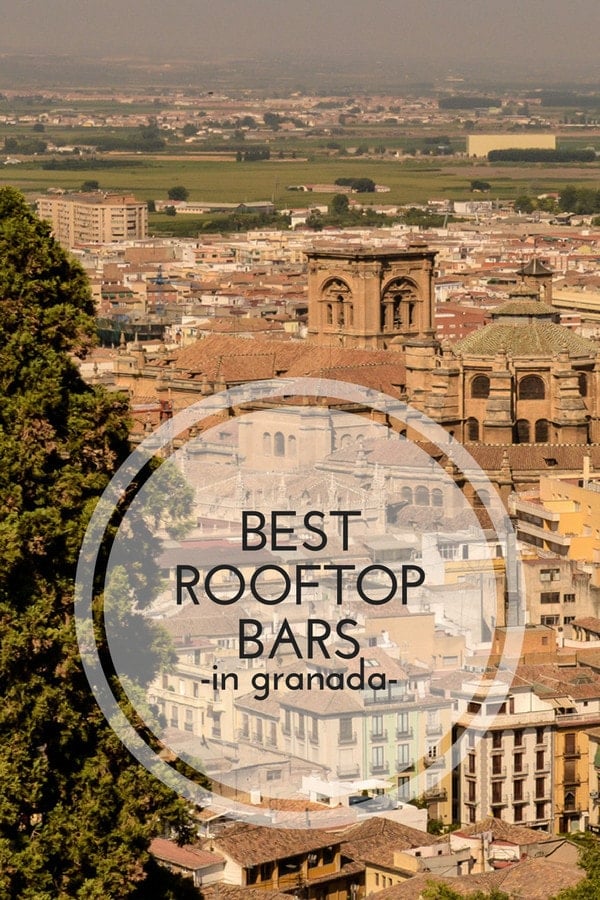