After the Alhambra, the whitewashed houses of the Albayzín neighborhood are one of the most emblematic images of Granada, and no trip to the city would be complete without some time spent wandering through the Albayzín’s narrow, winding streets. This ancient barrio holds secrets and hidden gems at every turn, including some of the best food in the city. Taste the true heart and soul of Granada at these places to eat in the Albayzín.

Top Places to Eat in the Albayzín in Granada

Conveniently located on one of the district’s main roads (making it one of the most easily accessible places to eat in the Albayzín), Los Mascarones is home to traditional Spanish flavors you’ll love from the first bite. Don’t miss the migas con chorizo, also available as a tapa for the full Andalusian experience, and adventurous eaters can also try one of the Albayzín’s most typical dishes: caracoles (snails)! The historic building has another claim to fame as the former home of granadino poet Pedro Soto de Rojas.

The innovative and modern cuisine at Estrellas de San Nicolás is both surprising and delightful, and it’s the perfect place to enjoy a bite to eat after taking in the stunning views of the Alhambra from the Mirador de San Nicolás. Enjoy the panoramas of the Alhambra from the terrace on top of this historic building, which was the childhood home of the late flamenco star Enrique Morente.

Enjoy a traditional Moroccan meal at Tajine Elvira, located on the way downhill from the lower Albayzín back to the city center. The flavors of Morocco are exquisite in dishes like chicken pastela, which will transport you to northern Africa in a single bite. The owners are native Moroccans who want to preserve their restaurant as an authentic and traditional establishment, so they don’t serve alcohol.

One of the most popular places to eat in the Albayzín among Granada locals, Carmen el Agua is also one of the city’s most romantic restaurants, making it perfect for date night. Visit at nighttime with your special someone and enjoy the view of the glowing Alhambra while indulging in both chocolate and cheese fondues.

You can’t go wrong at Casa Torcuato, home to one of the best ollas de San Antón (a typical food from Granada traditionally served in February) in town. You can also enjoy one of the best pulpo (octopus) dishes south of Galicia, or spend an evening with friends eating tapas on the terrace. 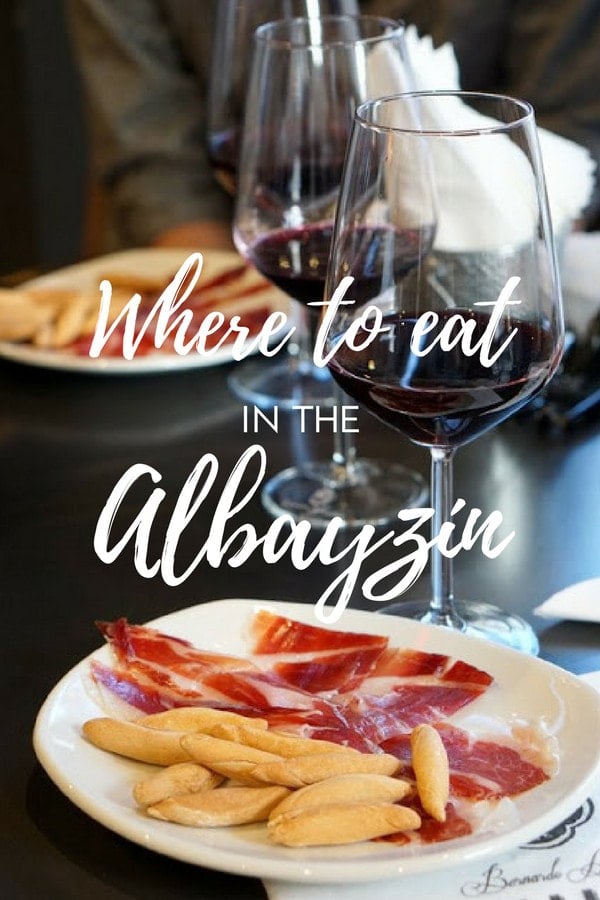