Granada is known for its incredibly high-quality produce and food and wine culture. You can try some great wines in the city, but why not go straight to the source of the product? Visiting a vineyard makes for a great day trip from Granada, where you can not only appreciate the wine, but also take in the stunning landscape of the Andalusian countryside. These are the best vineyard tours near Granada where you can dive straight into the wine culture of the region.

The Best Vineyard Tours Near Granada

Situated just outside the village of Murtas in the Sierra de la Contraviesa, Bodega Cuatro Vientos lies around 100 kilometers from the city. The bodega provides one of the most comprehensive vineyard tours near Granada and comprises over 30 hectares of grape vines. The vast grounds not only feature a vine-garden, but also an old winery, a wine cellar and two fascinating wine-related museums. Tour the new bodega to see how the wine is made and cap off your experience by dining at one of the center’s two fabulous restaurants.

Located in the heart of the Guadix region, where a large part of the population lives in underground cave homes, Bodega Pago de Almaraes provides one of the most unique vineyard tours near Granada. Unlike the others, this vineyard is on the modern side, dating back just to 2001. However, the setting is much, much older—it’s housed in a cave home which dates back to Roman times. The bodega produces around 200,000 bottles of both red and white wines per year, as well as one rosé variety. Visit the winery and learn all about the history of wine from the Phoenicians to the present day, and check out how it’s made in the processing room. At the end of the tour, guests get the chance to try three of the vineyard’s tasty wines.

Pro Tip: In addition to the vineyard visit near Granada, the winery can also organize other tours such as horse riding and romantic experiences.

Tucked in between the Sierra Nevada National Park and the Sierra de Huétor in the municipality of Darro, you’ll find the Bodega Anchurón. A family-run winery, housed a typical Andalusian farmhouse, the bodega provides a 90-minute tour that teaches guests about the history of the winery, as well as the process of barreling and bottling. It also, of course, includes wine tastings.

Located in one of the most picturesque regions of Granada, the Alpujarras, Alquería de Morayma is an agricultural farm that grows almonds, figs and olive trees, as well as grape vines. It features 22 rural lodgings, as well as a restaurant and its own wine cellar. The winery produces 7,000 bottles a year from its ecological vineyard and houses a cellar and a museum, where visitors can learn about wines and olive oils from the Alpujarras region. The tour includes a visit to the winery with tastings and a tapa.

Insider’s Tip: Spend the night here to enjoy the farm to the fullest. They also run courses and workshops.

Staying in town? Check out one of these equally fabulous wine bars in Granada. 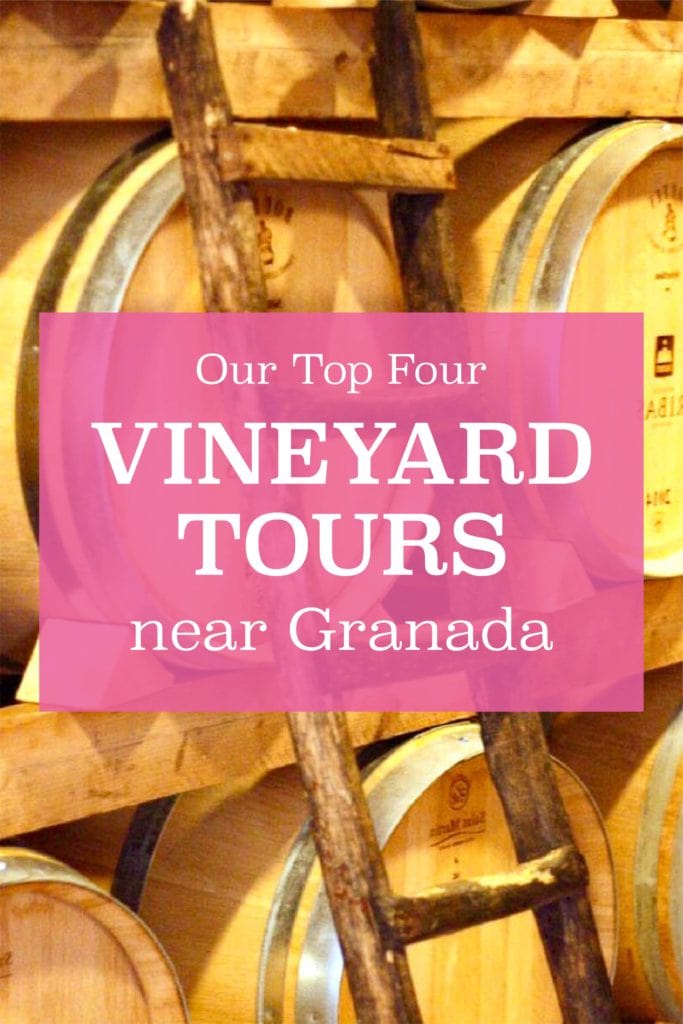