This popular Spanish torrijas recipe has gotten me my fair share of compliments throughout the years! There may be as many torrijas recipes as people in Spain, but this one is a keeper.

I first heard about torrijas from a student I was teaching my first year in Spain. He was also a food and wine enthusiast (and a professional bartender) and he taught me a lot about Spanish cuisine. I asked him about Spanish Easter traditions other than the important Semana Santa processions, and he told me about some traditional Easter sweets.

When I heard French toast and honey I was intrigued. It sounded so good! I soon learned that torrijas are actually made a variety of different ways. Some people use sweet red wine, others use milk, and some add different liquors. Torrijas are often topped with cinnamon and sugar, but others are covered with honey, and some are simply left alone!

Obviously, I started sampling torrijas as soon as possible. In Seville, most of the versions that I tried were thick and sweet, slightly eggy, covered in honey, and always served cold. They were a delicious treat I would enjoy with my afternoon coffee. Here in Madrid I’ve also tried a few torrijas recipes this Easter season, one made with a bit of sweet red wine and another covered with milk and cinnamon. Both were delicious.

The following is a torrijas recipe I came across on a Spanish recipe blog I often read: Mercado Calabajío. I tried it the other day and the torrijas came out perfectly. I took their suggestion and used some cardamom seeds, which really add something special.

Whether or not you would consider torrijas a Spanish version of French toast isn’t important—these are a delicious snack or dessert either way! 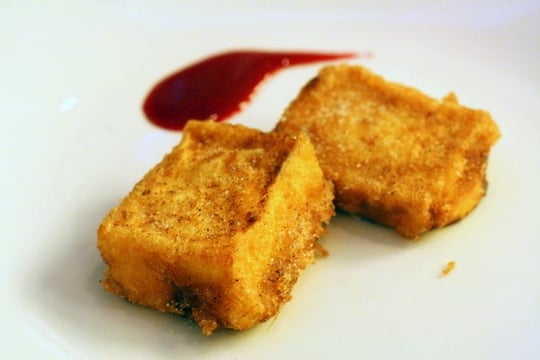 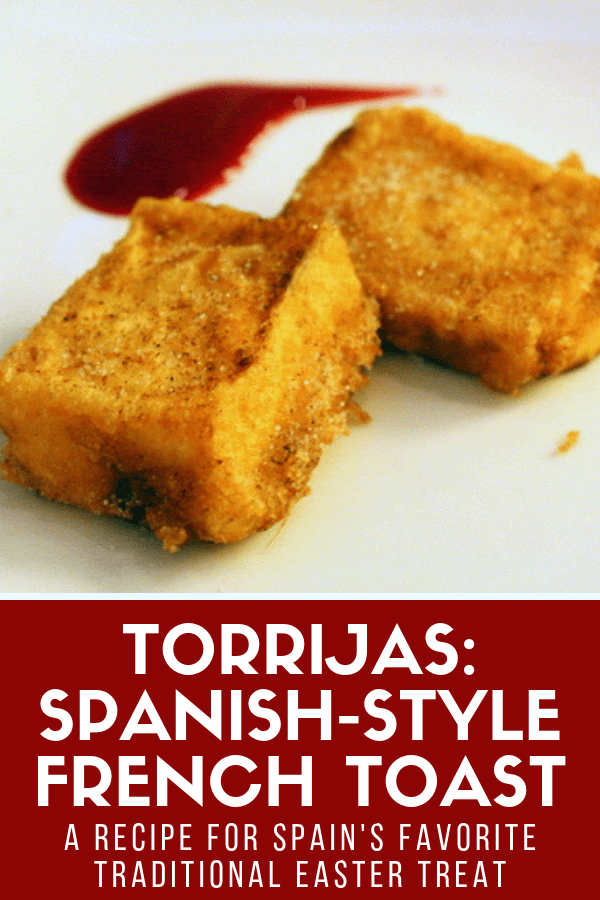