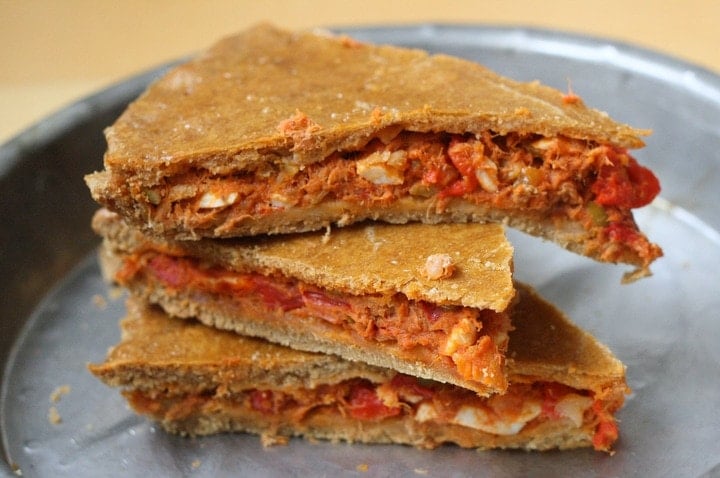 The first time I tried a tuna empanada, I was extremely disappointed. I’d recently moved to Spain and still had loving memories of the empanadas I’d enjoyed while living in Argentina– baked and served piping hot, filled with oozing meat, cheese, corn… The brick-like chunk of greasy dough and smelly tuna that was plopped down on my plate (cold) didn’t quite compare. I took a couple of bites and proceeded to pass on the empanadas de atún for the next year or so. Little did I know I was missing out on a delicious Spanish snack.

As it often seemed to happen the first years I lived here, it was at my mother-in-law’s house where I finally fell in love with the empanada de atún. Obligated to take a slice, I begrudgingly helped myself with forced enthusiasm. And it was good– really good. But it’s not that her tuna empanada recipe is anything to write home about; in fact, she uses pre-made dough and prepares the whole thing in less than 15 minutes. But it was light years ahead of what I’d tried in that sketchy tapas bar!

I’d been wanting to make a homemade tuna empanada since then, but kept making excuses. It was one of those recipes that intimidated me. It sounded like a lot of work, and a long time to spend in the kitchen! But as usual, I was wrong. I used the baked tuna empanada recipe from my favorite Spanish cookbook, and made some adjustments. 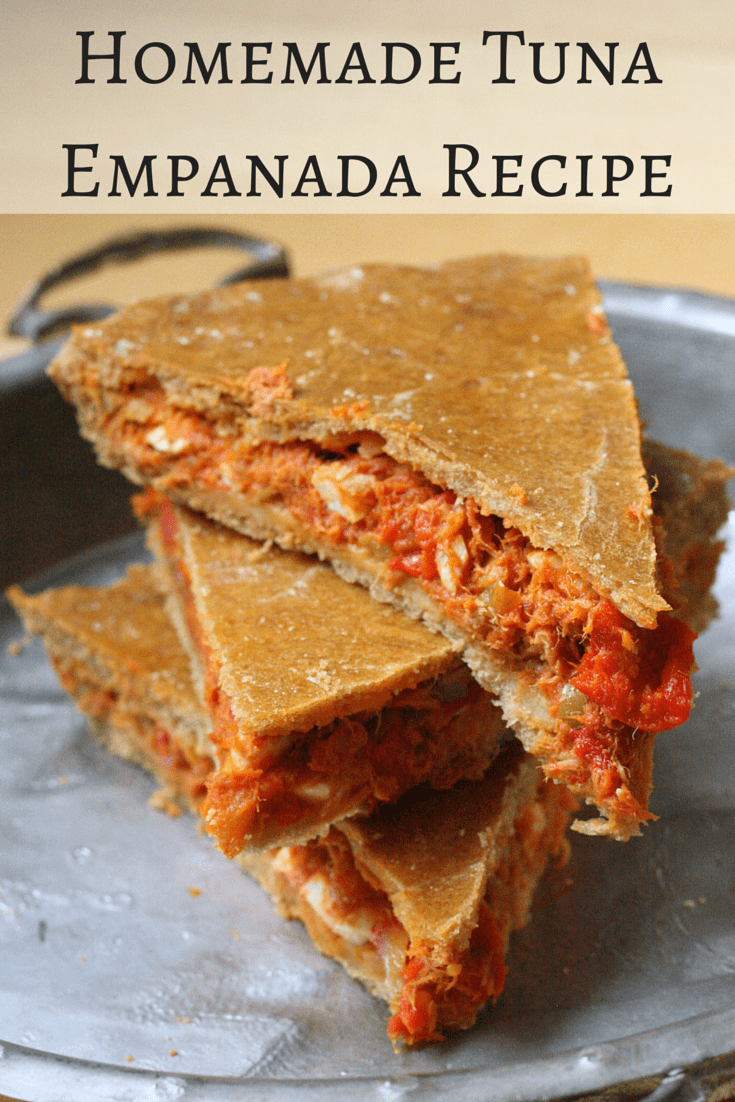 The result was a slight twist on the classic Galician empanada recipe that will be a highlight of my personal Spanish recipe collection for years to come. Easy and delicious, my husband swore it was the best he’d ever tried (and I’d wholeheartedly agree). We still have to explore the empanadas in Galicia one day, but until then this will do!

Print
Prep time
1 hour
Cook time
40 mins
Total time
1 hour 40 mins
Try this authentic baked tuna empanada recipe for a delicious and homemade Galician empanada.
Author: Lauren Aloise
Recipe type: Snack
Cuisine: Spanish
Serves: 8 slices
Ingredients
Empanada Dough
Empanada Filling
Instructions
3.2.2925
It may seem like a lot of work, but I promise you this is the easiest tuna empanada recipe I’ve found where the dough is made from scratch. The longest part is waiting the 40 minutes for the empanada to finish cooking! It’s especially difficult because it smells so good…