×
Home / Blog / Granada / What to Pack for Granada: Top 3 Essentials For Every Season

With warm summer temperatures and snowy winters, trying to figure out what to pack for Granada can be tough. Yes, oftentimes the weather here is exactly like the sunny image of Spain you probably have in your head, but not always. The city’s proximity to the Sierra Nevada mountains means that winters can be quite chilly, and it may even snow. Plus, the province of Granada is a coastal region (although the city itself lies inland), so some aspects of its climate are quite Mediterranean as well! As a result, what to pack for Granada can vary greatly depending on the season. Here are a few essentials for every time of year.

What to Pack for Granada: A Seasonal Guide

Spring is one of the best times of the year to visit Granada! The scorching temperatures and influx of tourists typical of the summer months still won’t have arrived yet, and with the flowers in full bloom and brightening up every corner, it couldn’t be more picturesque. Here’s what to pack for Granada in spring.

While it’s true that summer temperatures can get quite hot in Granada, you shouldn’t let that deter you from visiting. The city itself makes a great home base, and you can be at the beach in just about an hour! This is easily the most popular time for visiting the city, but a bit of strategic planning and timing when it comes to visiting sights like the Alhambra can help you avoid the worst of the crowds. If you’re not sure what to pack for Granada in summer, here are some essentials.

The crisp, cool autumn air gives Granada a different kind of magic in the fall. As tourists leave the city and locals return from their beach vacations, you can start to get a sense of what everyday life is like in Granada. Daytime heat can linger until September and even into October, but for the most part temperatures are mild and bearable. Here’s what to pack for Granada in the fall.

Granada’s mountainous location means that it’s one of the few places in southern Spain where winter actually feels like winter! If you’re looking for the milder winter temperatures you might expect elsewhere in Andalusia, you won’t find them here. However, despite the chilly weather, Granada in winter is absolutely magical. Christmas and New Year’s, along with the Three Kings’ Day, are major events, and the city truly goes all out with decorations. Here’s your guide to what to pack for Granada in winter.

See Also: Find out when to visit the Alhambra in this handy seasonal guide. 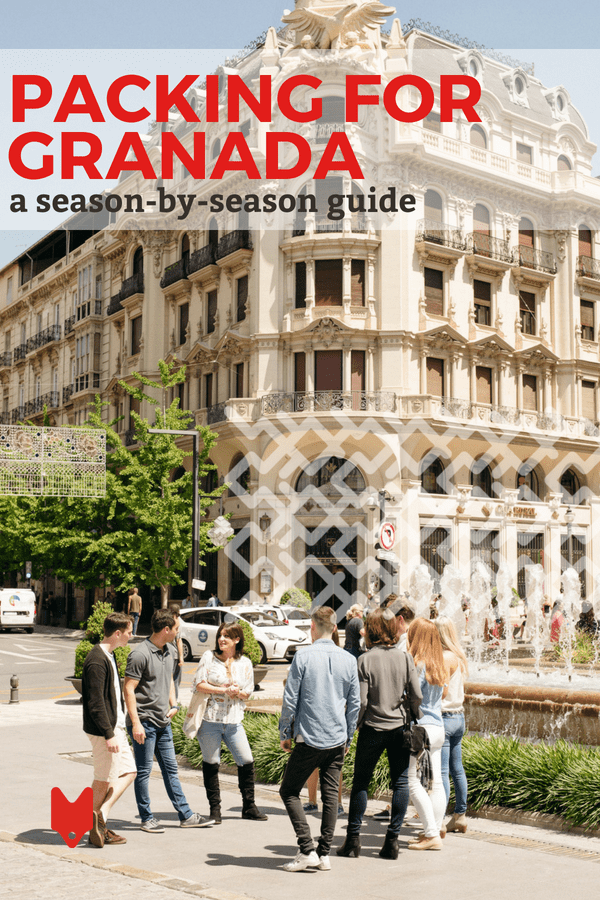